Dog survives BEAR ATTACK thanks to ‘extra layer of fat’

Being chubby helped one 12-year-old dog survive what could have been a fatal bear attack in Altamonte Springs, Florida.

Fricka the miniature pinscher weighs 15 and a half pounds, and her veterinarian says the extra weight helped her fend off a bear’s dangerous claws.

‘The vet says she’s really hardy,’ her owner, Eric Yaughn, said to Click Orlando. ‘She said the extra layer of fat kept the bear’s claw from tearing out her intestines.’ 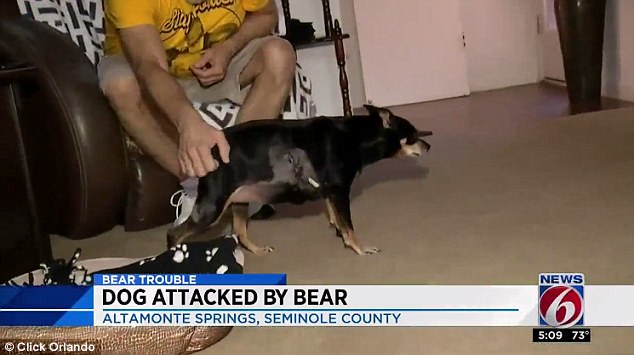 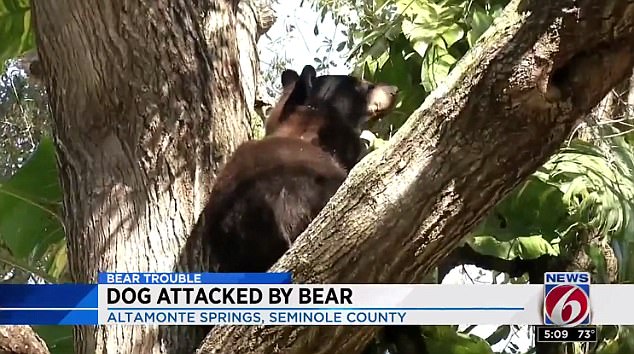 Two days after the attack, a mama bear and two cubs were spotted in a tree a few miles from Yaughn’s house. It is possible they are the same bears that injured Fricka

Fricka was outside in the backyard on Tuesday morning when she was attacked by a bear.

Yaughn went to go bring her back inside when he saw a ‘dark mass’ behind a pine tree.

‘What seemed like a nano second, it was right up on us and bear! And I hollered for her to come on and I start to run and I hear her yelp out in pain,’ Yaughn said. 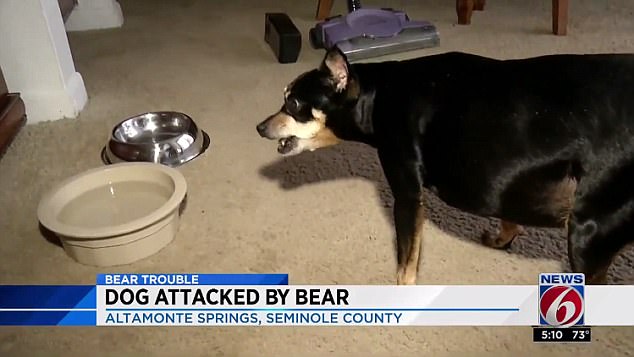 The miniature pinscher weighs 15 and a half pounds. She has about a dozen stitches and is recovering well 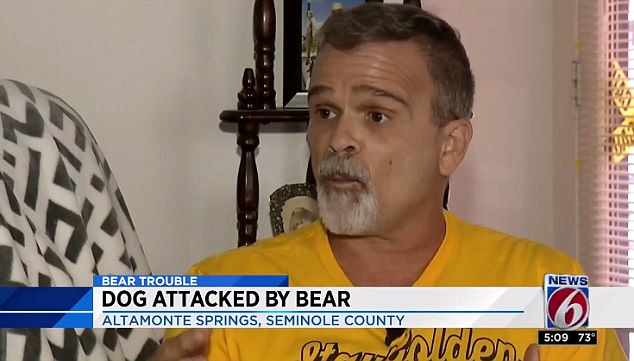 Her owner, Eric Yaughn, went to bring Fricka back inside when he spotted a ‘dark mass’ that turned out to be a bear

At that moment, he thought Fricka was dead and he began to run for the door.

However, Fricka would not be defeated so easily. As Yaughn neared the door, he felt his pup brush up against his legs.

‘I get on the patio. I open the door. I pushed her in with my right foot and as I’m closing the door, the bear was right there,’ Yaughn said, pointing to the edge of the patio.

Two days later, a woman spotted a mama bear and two cubs hanging out in a tree three miles from where Fricka was attacked.

Yaugh believes they may be the same bears that were in his backyard.