A video shows the moment an adorable golden retriever named Hudson tries to scare off an intruder in a wolf Halloween costume.

Hudson’s owner asks him who it is when the gate in the backyard opens, revealing a person in a spooky costume.

The pup barks at the intruder and backs away nervously while the woman films him. 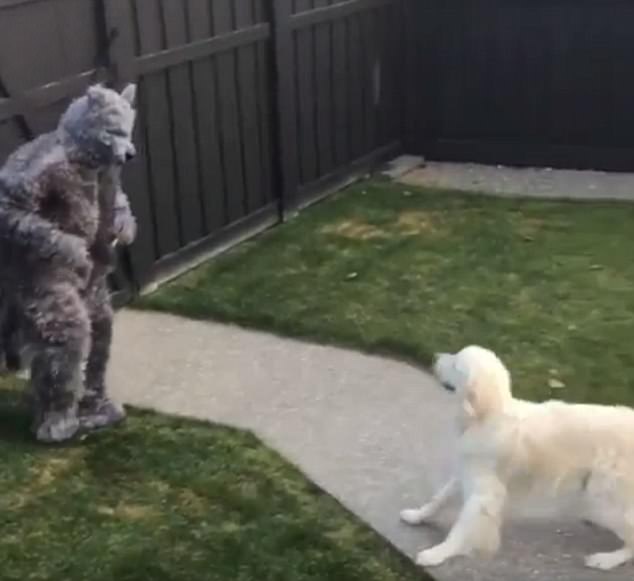 However, when the man takes off the wolf mask, Hudson quickly recognizes him as his owner and runs up to him.

The pup leaps into his owner’s arms and licks his face happily.

The video was filmed in Calgary, Canada. 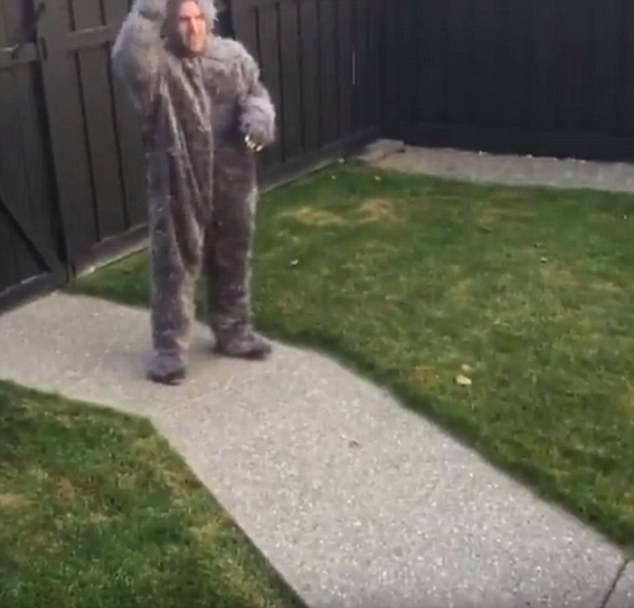 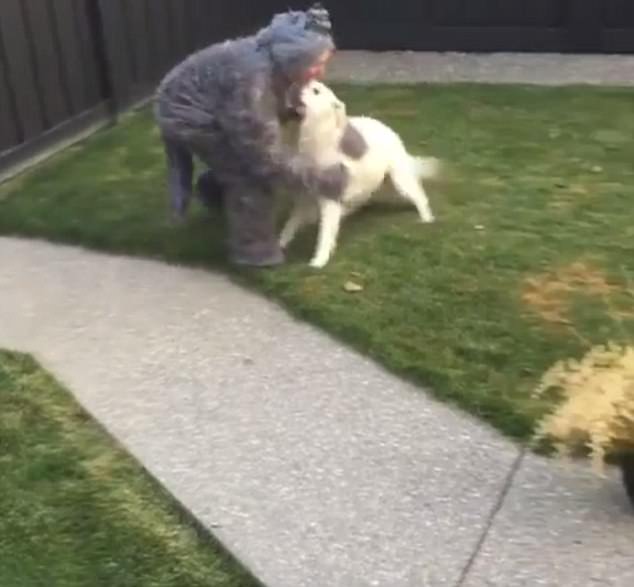 When Hudson recognizes him as his owner, he quickly leaps into his arms and licks his face