Dog that killed man, 61, and attacked his wife is part of breed that has killed four Australians

Neighbours have described the horrifying moment a helpless wheelchair-bound man was savaged by an American Staffordshire terrier.

Leo Biancofiore was mauled to death at his home in Melbourne’s Mill Park on Wednesday night, with witnesses recounting how his wife Donata was seriously injured as she desperately tried to save him.

Horrified neighbours heard blood-curdling screams and rushed to the house to help – but they were too late to save the man who had been seated in a mobility scooter.

‘There was nothing we could do,’ they told The Herald Sun.

They described Mrs Biancofiore as a hero after she was savagely attacked as she tried to protect her husband.

Neighbours Radenko and Danielle Subotic have told how they desperately tried to help after seeing the dog pin the man to the ground.

‘I heard the screaming from my backyard. I saw him on the ground,’ Mrs Subotic told the Herald Sun.

‘The dog was on top of the body of the man’.

She said Mr Biancofiore’s wife was screaming and trying to get the dog off – but the beast was too strong.

The neighbour said her adult children sprayed the dog with a garden hose but it refused to snap out of its frenzy.

Leo Biancofiore (pictured left) was mauled to death in his suburban Mill Park home on Wednesday night, with witnesses recounting how his desperate wife Donata (pictured centre), also injured and hospitalised, tried to stop the attack 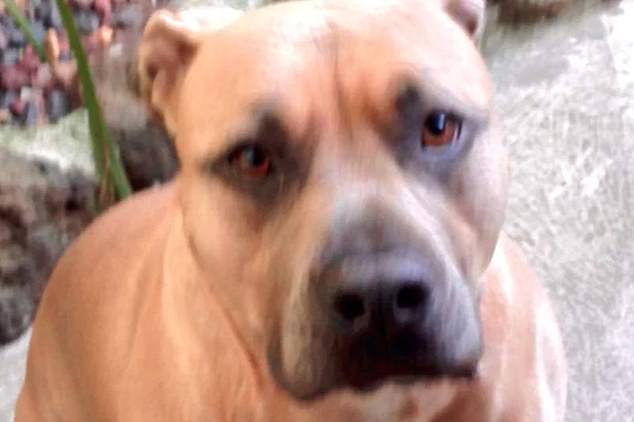 The dog (pictured) was owned by his son, Mark, 29, and was loved by Mr Biancofiore and also showed no signs of aggression

Mr Biancofiore is believed to be the fourth Australian this year to be killed by the dog breed.

Victims of previous American Staffordshire attacks include a 51-year-old man who suffered a medical condition before being attacked in Nowra, south of Sydney in June.

A 72-year-old woman also died from an attack in south-west of Sydney in May.

A 40-year-old man died weeks after he was attacked by an American Staffordshire in January. 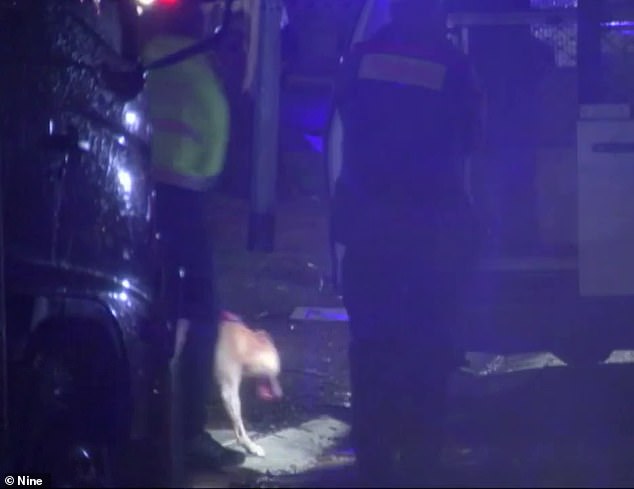 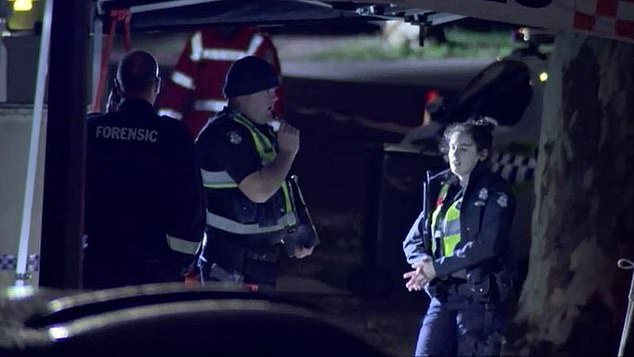 Sen Sgt Parker said the victim’s wife tried to help him move outside to get away, but the animal continued the attack. A neighbour said there had never been trouble with the animal before

When police arrived on scene they fired shots to try and prevent the mauling.

The couple’s nephew said that Mark was completely devastated by what had happened.

‘It’s an older dog, it’s quite familiar with all of the members of the family and my understanding is it’s out of character for the dog,’ the officer said.

Police believe the dog attack commenced inside the house.

Sen Sgt Parker said the victim’s wife tried to help him move outside to get away, but the animal continued the attack.

A neighbour said there had never been trouble with the animal before.

‘There was no stopping it. It’s a giant pitbull,’ he told The Herald Sun.

Another witness said the dog was ‘going nuts’.

Mrs Biancofiore was taken to Royal Melbourne Hospital in a stable condition.

The dog was not registered with the local City of Whittlesea council and there had been no prior reports to the council about the dog.

‘The dog was euthanised last night and council will continue to assist Victoria Police with their investigation,’ said council spokeswoman Liana Thompson. 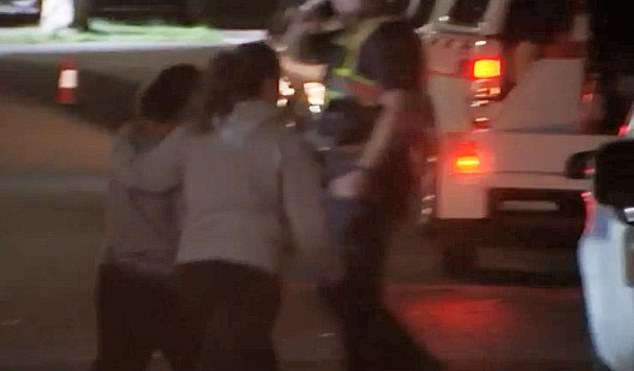 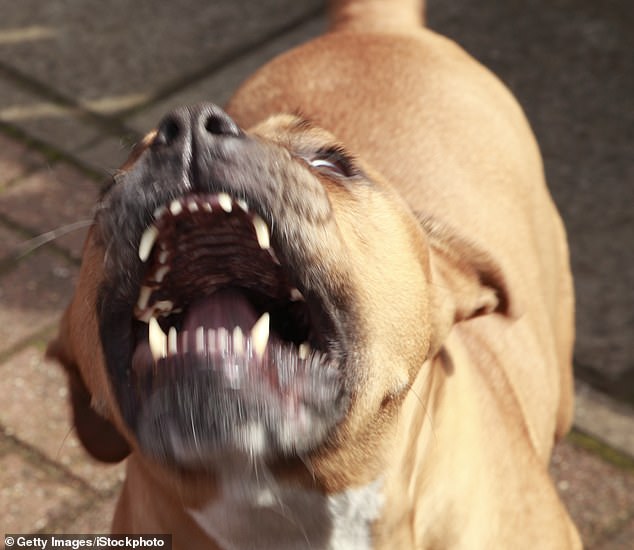 RSPCA Victoria’s Tegan McPherson said there were several causes of dog attacks, but breed wasn’t necessarily one of them (stock photo)

A spokesperson for Premier Daniel Andrews told The Age there were no plans to restrict the Staffordshire breed in Victoria.

‘Based on the findings of the Parliamentary Inquiry Into Restricted Breed Legislation, there are currently no plans to add to the restricted breed list,’ she said.

RSPCA Victoria’s Tegan McPherson said there were several causes of dog attacks, but breed wasn’t necessarily one of them.

‘Breed alone is not a reliable predictor of aggressive behaviour,’ she told ABC Radio.

‘From what we’re hearing, this dog didn’t necessarily have a background of aggressive behaviour until this incident.’