It’s Salvador Dogli! Puppy that bears a surreal resemblance to the renowned artist goes up for adoption in Texas

A dog with a ‘moustache’ that makes it look like Salvador Dali has gone up for adoption in Texas.

The five-week-old pooch – nicknamed Salvador Dolly – was rescued from the streets on July 10 and has won fans with its adorable mouth markings.

The mix puppy, who is currently at a foster home in Dallas with her 10 siblings and mother, has a white body with black ears and tail spot, but, most notably, a hilarious ‘moustache’ shaped marking on her top lip.

Salvador Dolly, who was named after the Spanish surrealist, is set to arrive in New York City in a few weeks, and will be sent to foster homes until she finds a permanent home.

The hound with the hair: This puppy has been nicknamed Salvador Dolly because of its ‘moustache’ that makes it look like surrealist Spanish painter Salvador Dali 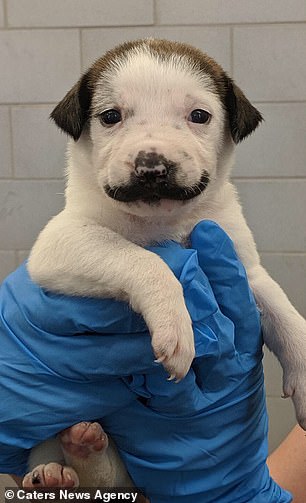 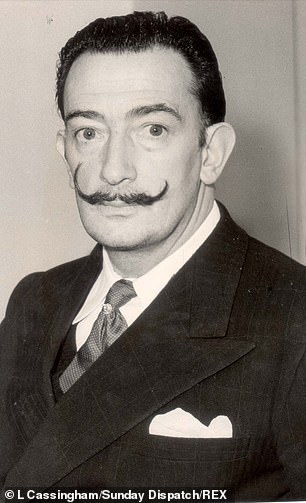 Dali himself, an eccentric artist perhaps best known for his ‘melting clocks’ work – officially The Persistence of Memory – wore his moustache for most of his adult life until he died in 1989.

Allison Seelig, VP of Marketing at Hearts & Bones Rescue, said: ‘Moustache Puppy is absolutely adorable and we’re so happy we were able to rescue her and her family.

‘It’s puppy season in Dallas right now and there are always multiple moms with litters at the shelter.

‘We try to get as many out as we can because neither moms nor their babies are available for adoption while they’re nursing, and the risk of young puppies getting sick in the shelter environment is very high.

‘Our mama and her 11 babies were found as strays and lived in the shelter in Dallas for over two weeks.

‘We went to meet them last week and were able to find an incredible foster in Dallas who was willing to take the entire family in!

‘The whole family is now relaxing in a comfy and safe home and getting medical care and monitoring until the puppies are old enough to be weaned.

‘We’ll be sending the whole family to NYC for adoption in late August/early September, where they’ll go into foster homes until they find their forever families!’ 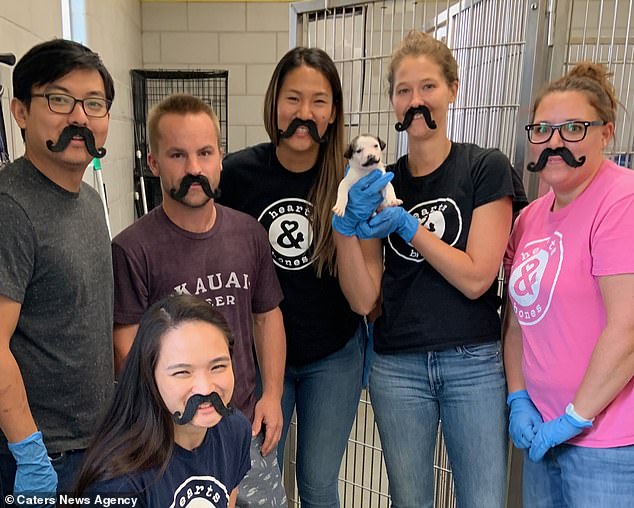 Lookalikes: A group of volunteers at the rescue center in Dallas wear fake moustaches as they pose with the five-week-old puppy 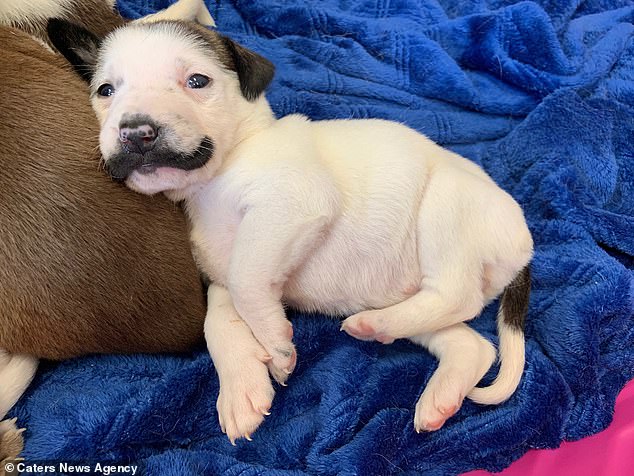 Resting: Rescuers at the Dallas center said Salvador Dolly was ‘absolutely adorable and we’re so happy we were able to rescue her and her family’ 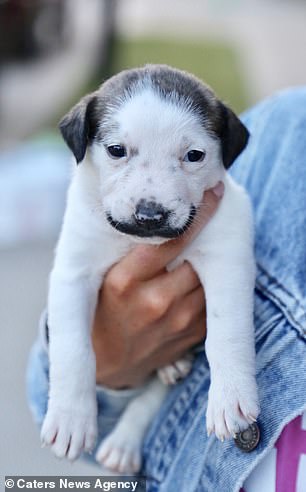 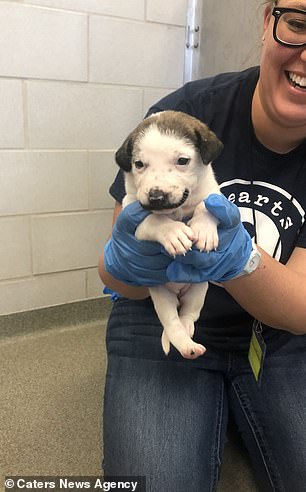