Dog the Bounty Hunter’s daughter Lyssa is arrested in Hawaii

Dog the Bounty Hunter’s daughter has been arrested on charges of harassment and resisting arrest.

Lyssa Chapman, 32, was arrested and booked on Thursday night in Honolulu, and has already been released on bail, TMZ reported.

It’s unclear whom the alleged victim in the case is, or whether the incident is related to the family drama that exploded this week when Dog appeared to propose to his son’s ex-girlfriend less than a year after his own wife’s death.

In a clip from the Dr. Oz show released on Tuesday, Dog asks his son’s ex, Moon Angell, ‘Moon Angell, will you marry me?’ as she and Dr. Mehmet Oz look on in apparent shock.

Dog the Bounty Hunter’s daughter Lyssa Chapman, 32, was arrested and booked on Thursday night in Honolulu, and has already been released on bail 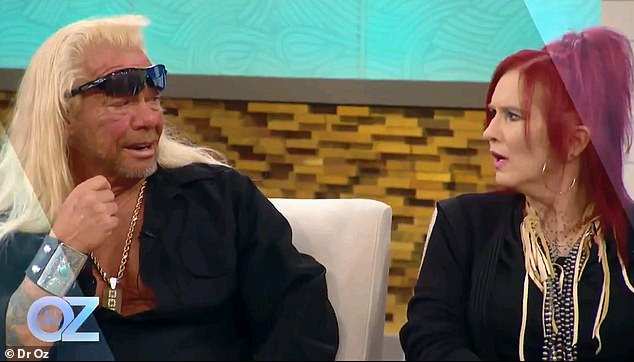 n a clip from the Dr. Oz show released on Tuesday, Dog asks his son’s ex, Moon Angell, ‘Moon Angell, will you marry me?’ as she looks on in apparent shock 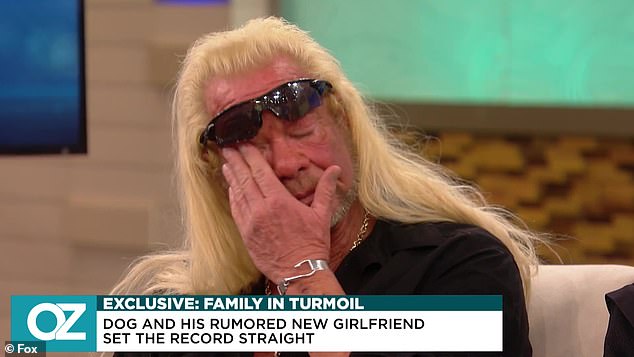 The full episode of Dr. Oz is not due to air until Monday, and it’s unclear how Angell responded to Dog’s shock proposal.

It comes just seven months after Dog’s beloved wife and reality show co-star Beth tragically died of cancer at the age of 51.

Lyssa has not been shy in sharing her anger at her father’s new relationship.

‘If someone who met your family by dating your brother, tried to date your father after your stepmom died what would you do?’ Lyssa tweeted earlier this month. 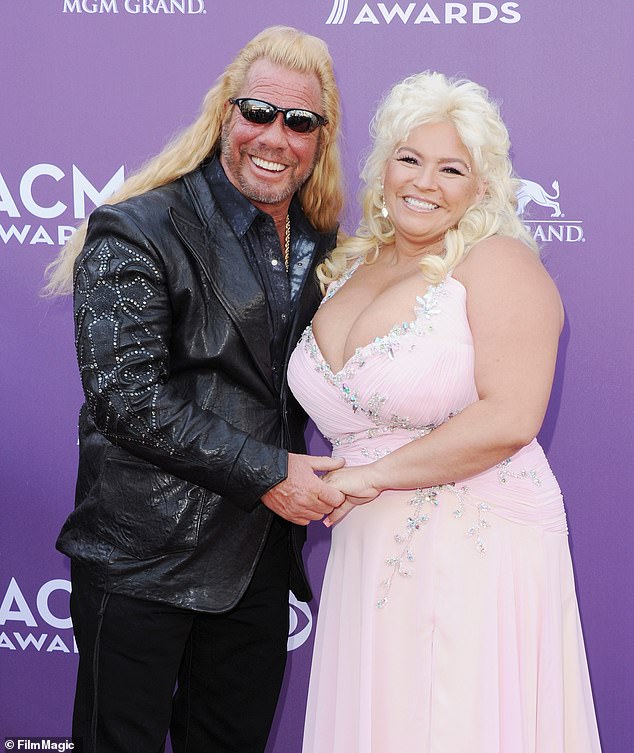 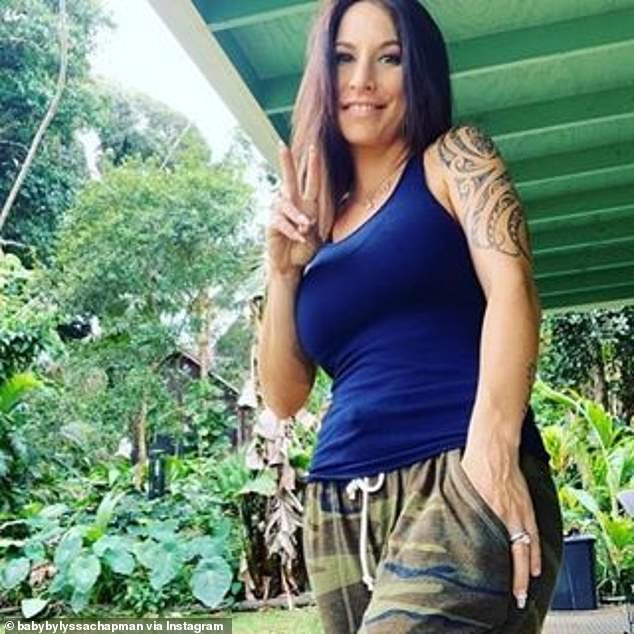 ‘If you went to your mothers closet and saw she moved all her clothes and replaced them with her own, what would you do?’ she said.

‘My dad is a GROWN A** MAN. His money. His dynasty,’ she wrote. ‘But you can guarantee that my name is not going down in history as a person who supported this.’ 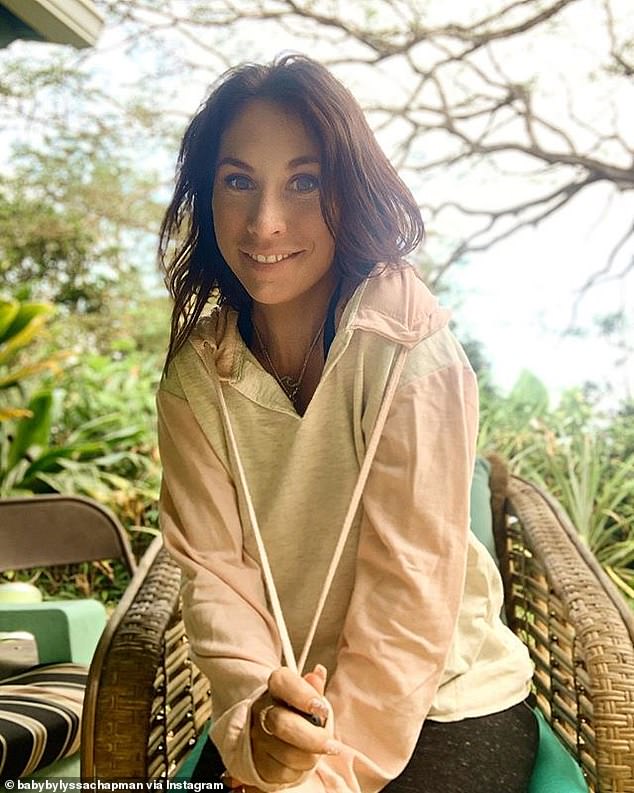 Lyssa was born the ninth of twelve children of Duane ‘Dog’ Chapman. Her biological mother is his third wife, Lyssa Rae Brittain, and she now owns a tanning salon 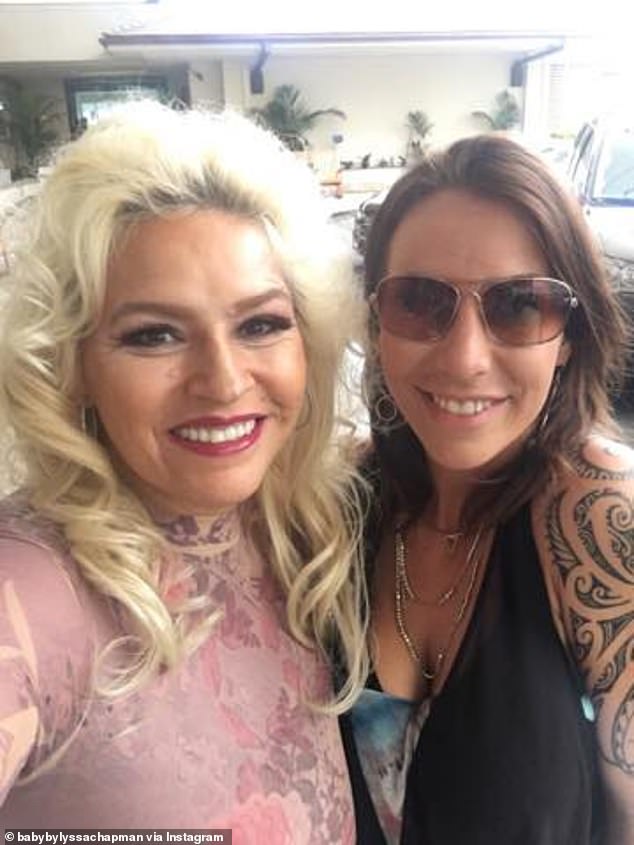 Lyssa is seen with her late stepmother Beth Chapman. She is known as ‘Baby Lyssa’ to distinguish her from her mother, ‘Big Lyssa’

On Thursday, Lyssa spent just 25 minutes in custody before bailing out, according to PageSix.

Her bail was $500 for the harassment charge and $100 for the resisting arrest charge. Both are misdemeanors.

Soon after her release from jail, Lyssa posted another cryptic message on Twitter, reading ‘Keeping it classy’ along with an image captioned ‘I tried to follow my dreams but now I have multiple restraining orders’.