Dog tyred: Silly pooch has to be rescued after getting its head stuck in a wheel

Dog tyred: Silly pooch has to be rescued after getting its head stuck in a wheel

A dog in Chile managed to get its head stuck in the middle of a car wheel and had to be rescued by emergency services.

The trapped canine was discovered at the La Chimba rubbish dump in the city of Antofagasta with its head stuck in a discarded car wheel.

Video footage of the animal being freed showed the stray female puppy’s head being eased back through the hubcap of the metal wheel. 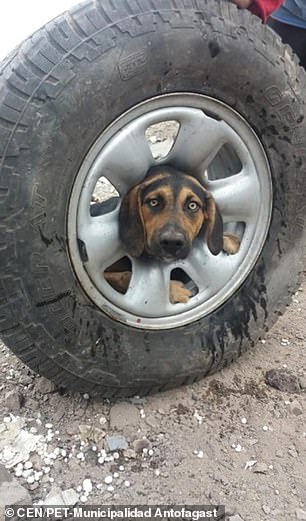 After being extracted from the tight squeeze using petroleum jelly, the eight-month-old animal was taken to a vets to be checked over.

According to local media reports, the dog was rescued by staff of the Sterilisation and Responsible Pet Ownership Programme of Antofagasta (PET) as well as a team of firefighters.

Veterinarian Eliel Morales said that the dog was an eight-month-old female that lives wild in the area.

Morales claimed that the canine was initially aggressive and rescuers had to sedate it and then use petroleum jelly to free it from the centre bore. 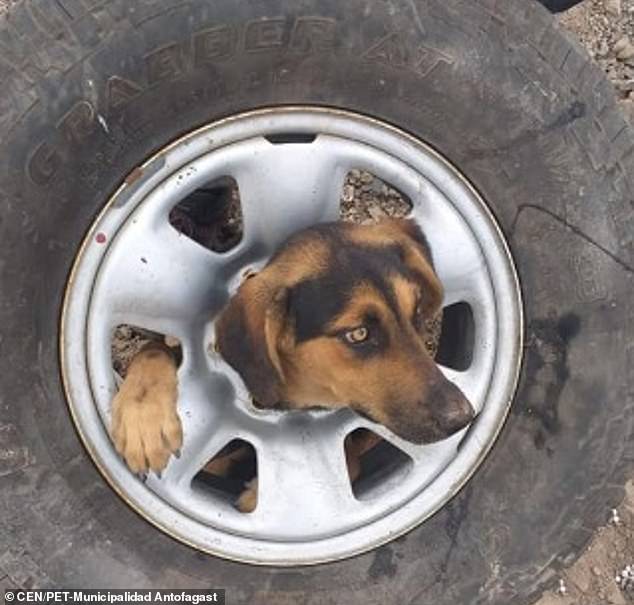 The vet confirmed that the dog was uninjured and that the next steps are to sterilise the animal, vaccinate it against rabies and then return it to the area.

Morales said: ‘As it is wild, it cannot be adopted. It is of no use to humans.’

The vet said that the mountainous region is home to several packs of wild dogs that feed on human rubbish and other smaller animals, including cats. 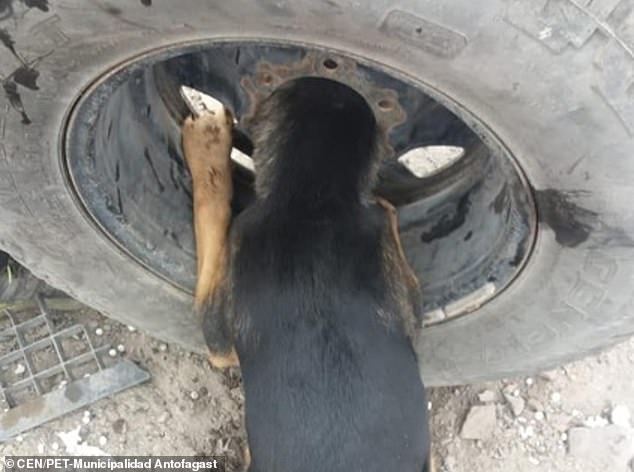