A Jack Russell Terrier from Florida is being hailed a hero after he saved his entire family from a house fire before tragically dying before he could be rescued.

Butler told WTSP: ‘By the grace of God we all made it out,’ Butler said. The fire didn’t spare much. ‘I took a look up at the ceiling, and the ceiling is engulfed in flames.’

Butler had been living in the home for 18 years when flames began to form in the attic near the air conditioner.

Leroy Butler (pictured) of Bradenton, Florida, woke up to his home in flames after a fire started in the attic near the air conditioning

At the time, Butler, his father and his two young children ,ages 8 and 12, were inside the home.

It was Zippy that began barking and didn’t stop barking until the family was awake.

‘He was a part of the fire alarm, he was barking,’ Butler said.

‘We just made it out the door while everything was collapsing, with a big plume of black smoke fire was everywhere.’ 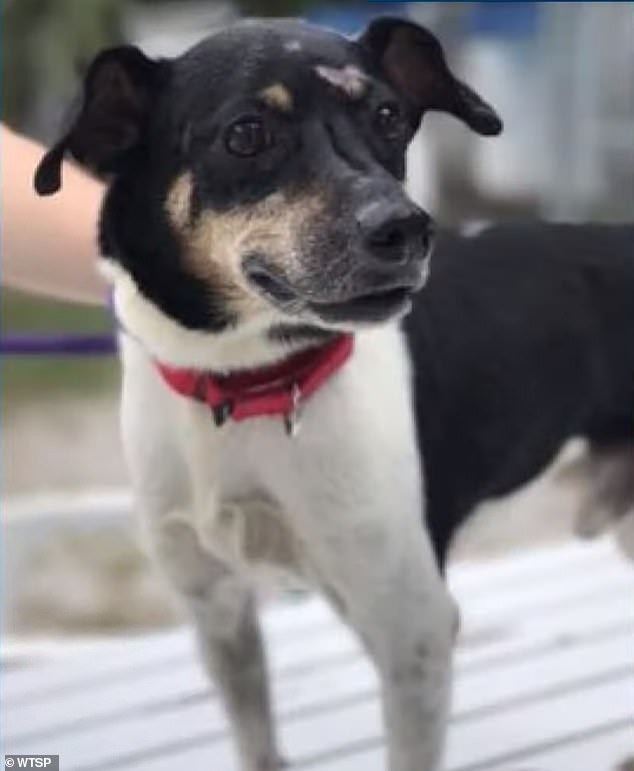 The family’s Jack Russell Terrier, Zippy (pictured), alerted them of the house fire by continuing to bark after the fire alarm failed

Butler and his family made it out safely, but he couldn’t get to Zippy when he tried to go back in for the little hero.

‘We made it out just in time. It went “poom” and when I turn around, I’m making them run, and I go to get the dog,’ he told ABC News. 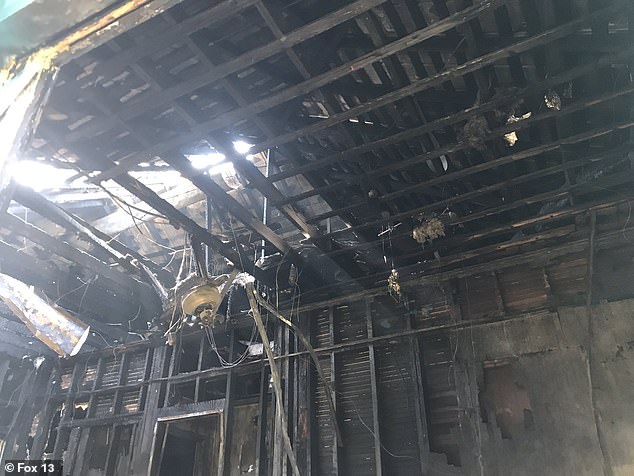 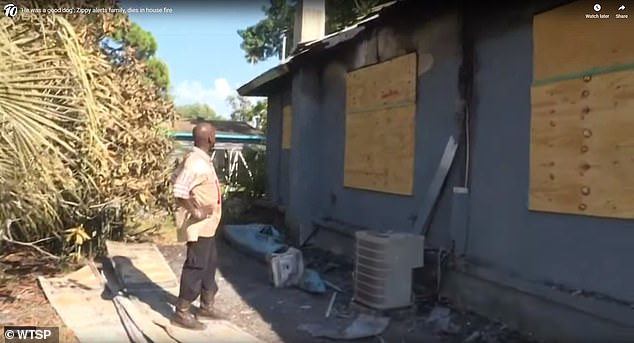 Butler (pictured): ‘He was a good dog. He did his job, we rescued him, and I guess he returned the favor’

Butler told Fox 13 that Zippy’s small body couldn’t get past the large flames.

Zippy was adopted by Butlers father at the Humane Society of Manatee County for two children.

‘He was a good dog. He did his job, we rescued him, and I guess he returned the favor,’ Butler told WTSP.

Zippy was reportedly found after the fire hiding under a bed inside the home.

He died of smoke inhalation.

The Bradenton Fire Department is still determining the cause of the fire.