Dogs lucky to be alive after playing with WWII explosive

Two dogs are lucky to be alive after playing fetch with an unexploded World War Two mortar they dug up on a beach.

Dennis Spring and his daughters, aged 12 and 17, took their Staffies Peppah and Brixton for a walk on the Birubi sand dunes in Anna Bay on Saturday, the Newcastle Herald reports.

The family, from Sydney, didn’t take anything for their pets to play with on the beach, so the dogs dug up something to play fetch with.

Mr Spring assumed it was a rusty car part, but later realised it was an unexploded bomb.

He told the Herald: ‘I thought it was a car or bike part at first until my youngest daughter said, ‘Dad is that a bomb?’

‘I was like, ‘Peppah no, put it down’ and we tried to clear off but she kept running back and bringing us [parts of] mortars back to us, dropping it at our feet.’

He added that he used Google Maps to note the location and called police. 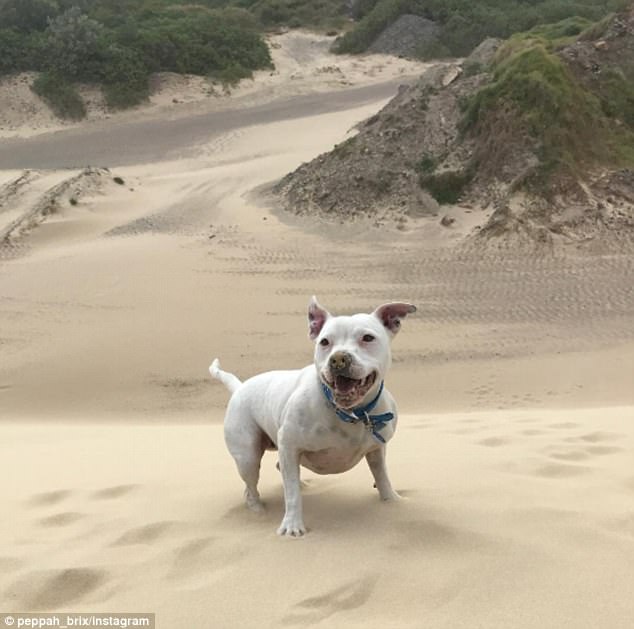 Members of the RAAF visited the location of the mortar on Sunday and carried out a ‘controlled detonation’ at the site.

He added there is a chance the bomb could have exploded in Peppah’s mouth.

He also urged members of the public to do as Mr Spring did and call police with the location of any military ordnances found.