The Say So songstress, 27, worked a sheer black teddy and leather trench coat as she got into the spooky spirit.

She displayed her edgy side strutting about in knee-high black boots with transparent thigh-high tights.

Her eyes were concealed behind a pair of black shades and a dazzling cross necklace layered around her neck.

She even dusted a coat of body glitter onto her chest.

Doja is no stranger to making bold fashion statements.

Sexy display: The Say So songstress, 27, worked a sheer black teddy and leather trench coat as she got into the spooky spirit

Earlier this month Doja sported gold face paint in Paris, drawing criticism from one troll who said she ‘looked ugly’.

But the singer hit back, and she shared a screenshot of the exchange on Twitter with her more than 5.4million followers.

‘This paint is making her look ugly. When you do makeup like this you still need to accentuate features. She look like a tired old statue lmao,’ the troll wrote. 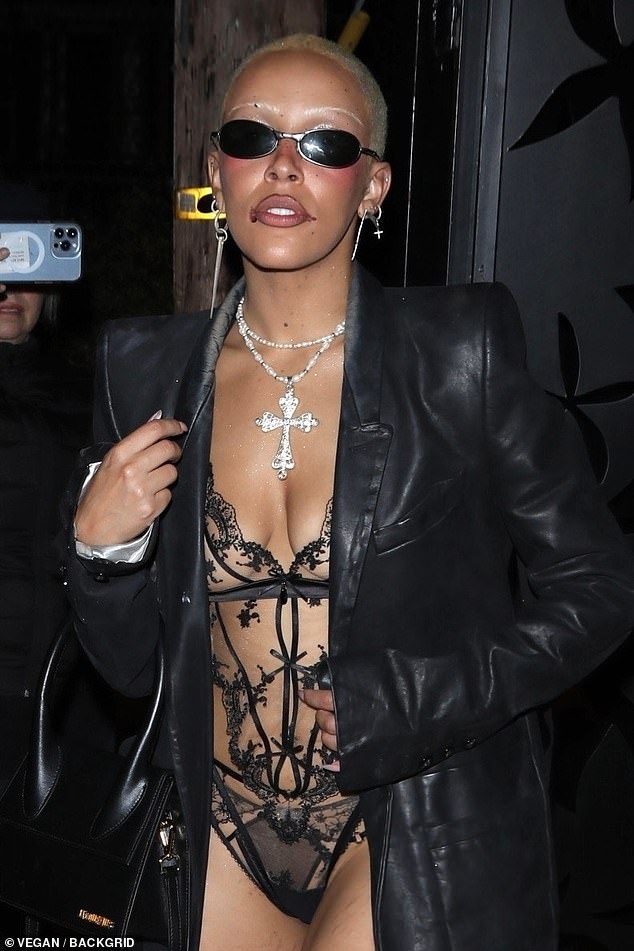 Lady in lace! The sheer black teddy showcased her curves

But Doja hit back, writing: ‘I wasn’t trying to look sexy or attractive.’

‘All of my makeup has a story and there are absolutely zero rules and if there were you wouldn’t be the one making them,’ she finished.

Doja previously told critics of her new shaved head to ‘go f**k themselves’ in an expletive-laden statement on social media. 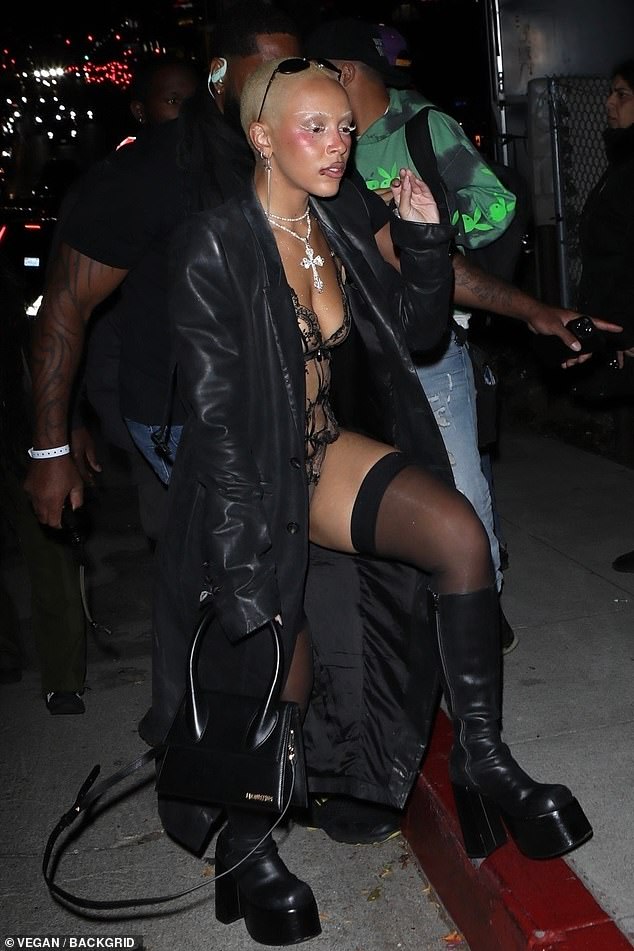 All that glitters! She even dusted a coat of body glitter onto her chest

The rapper recently showed off her new look on Instagram, having ditched her long dark brown locks.

The hitmaker has also shaved her eyebrows and replaced them with drawn-on ones after saying she felt like she was ‘never supposed to have hair’.

Taking to Twitter, Doja revealed she had received unkind comments on her new look.

She wrote: ‘I won a grammy and traveled the f*****g globe I’ve had a #1 and I went platinum. I make hit after hit after hit and you all want me to look f******e for you so that you can go home and jerk your c***s all day long while you live in your mothers basement. Go f**k yourselves.’ 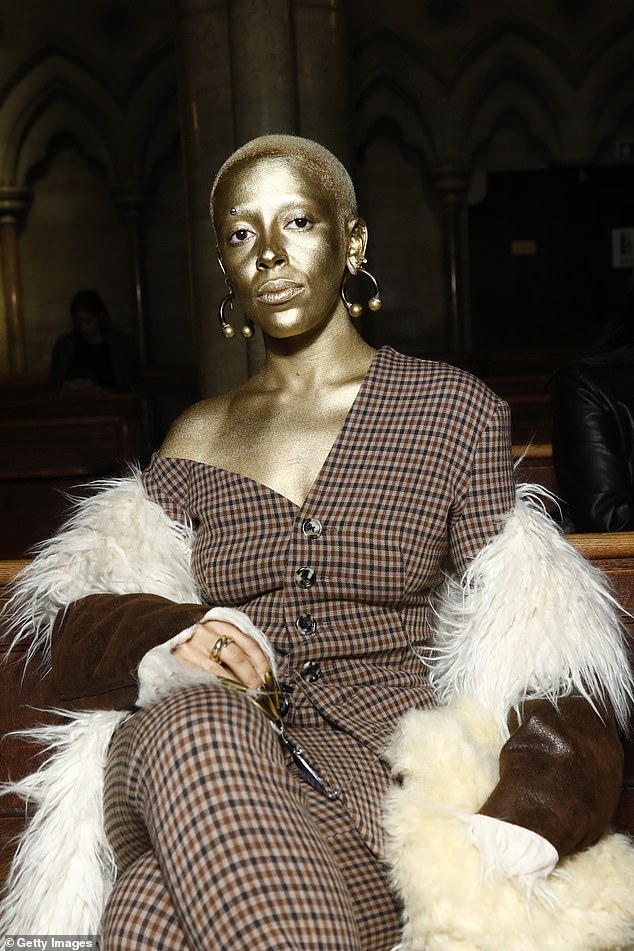 Going for the gold: Earlier this month the hit-maker hit back at a troll who criticized her gold face paint in Paris