Domestic abuse reports sent to British police forces by Crimestoppers have surged by nearly 50% during the coronavirus lockdown.

Figures show the charity sent 120 reports to forces in the week beginning April 6 – after restriction of movement rules came into force.

This represents an increase of 49.3% from the average of 80.4 per week across a five-week period in January and February, before the lockdown.

Crimestoppers is now urging people to come forward if they think a friend, family member, colleague or neighbour is a victim.

Alexa Loukas, London regional manager at the charity, said: ‘With the Covid-19 pandemic forcing people to stay in their homes, we have seen a rise of nearly 50% in domestic abuse reports that are sent to law enforcement nationally.

‘To be isolated during this lockdown in an abusive household must be terrifying, and you must feel so alone, that there is no one to help you.

‘This is where we can step forward if we know of someone suffering in silence.

‘Often in cases of domestic abuse, people are aware but struggle to know what to do to help.’

Fears have been raised of an increase in domestic violence amid enforced isolation at home.

Earlier this week, Victims Commissioner Dame Vera Baird said the counting dead women project had recorded 16 suspected domestic abuse killings in the last three weeks, around five a week, up from the usual average of two. 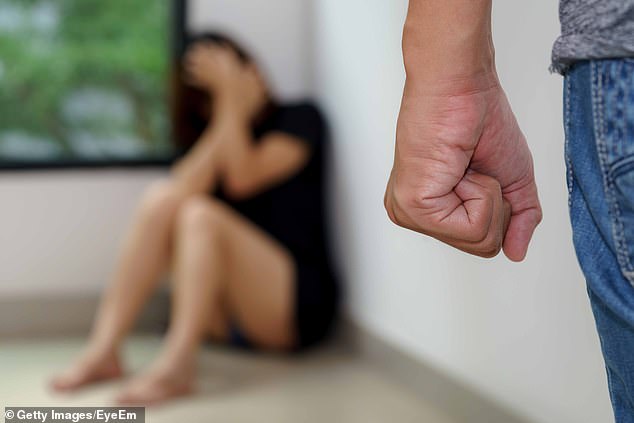 Chairman of the National Police Chiefs’ Council Martin Hewitt revealed police have seen an increase of 3% in recorded domestic violence offences in England and Wales in the four weeks to April 12 compared to the same period last year.

Commander Sue Williams, who leads on safeguarding for the Metropolitan Police, said: ‘The restrictions necessary to combat Covid-19 mean that some people may feel trapped in their homes with an abuser and isolated from support.

‘The Met is absolutely committed to protecting those at risk and our officers are out every day, arresting perpetrators and supporting victims.

‘It is more important than ever for people to look out for one another.

‘If you know or suspect that a friend, neighbour or relative is a victim of domestic abuse, we urge you to speak up and tell someone.’

Crimestoppers is asking those with concerns to pass on information anonymously at the charity’s UK contact centre on 0800 555 111 or visit crimestoppers-uk.org.