Dominic Cummings’ impending departure leaves question marks over some of the key policies he has been driving through.

The maverick No10 chief has been the main influence on an array of issues since Boris Johnson became PM.

Many of his pet projects were the subject of extensive blogs he wrote even before entering government.

But their fate now appears to be in doubt as Mr Johnson signals he wants to take a softer, more consensus-driven approach – rather than the combative tactics deployed by the former Vote Leave mastermind. 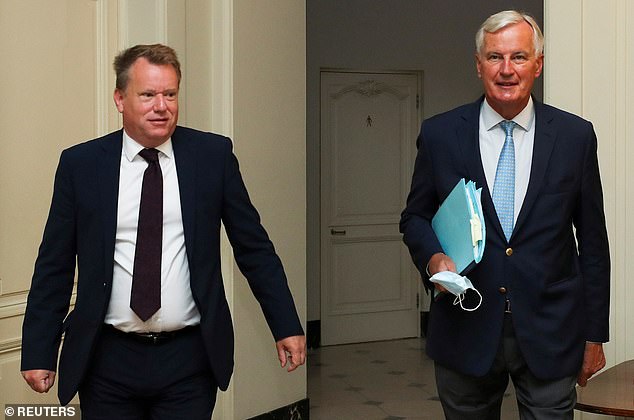 Senior figures in Brussels have been gloating that news of his departure could be the start of a climbdown to get a post-Brexit trade deal. Pictured, UK and EU negotiators Lord Frost and Michel Barnier

The most immediate shift could be felt within days.

Talks with the EU on a future trade deal are deadlocked, with less than a week to get an agreement in place so it can be ratified before the end of the transition period on January 1.

The UK has been holding out against demands from Michel Barnier to give ground on control of fishing waters, as well as accepting EU rules on state aid and the environment.

Mr Cummings has previously been one of the hawks in government on the need to take a hard line, and be ready to walk away without a deal rather than give up sovereignty.

Senior figures in Brussels have been gloating that news of his departure could be the start of a climbdown to get a post-Brexit trade deal.

But No10 flatly denied there was any change in approach today.

‘Absolutely not. That is simply false,’ the PM’s spokesman said.

‘The government’s position in relation to the future trade agreement negotiations is unchanged.’

Mr Cummings has been a longstanding critic of the way the civil service works, calling for more modern organisation and data-driven policies.

However, there will be fears that without him in post the reform agenda – which he once allegedly described as ‘hard rain’ – will stall.

Mr Cummings has described the Whitehall machine as ‘Kafkaesque’, and demanded a wholesale overhaul of infrastructure, with thousands of jobs being shifted to the north – in particular a new base on York.

He also advocates ‘Super-Forecasters’, individuals who have no specific expertise but are able to predict events because of their mental process.

The response to the coronavirus crisis is widely regarded as having underlined the need for change, with complaints that when ministers reached for the levers of power they often found they did not work. 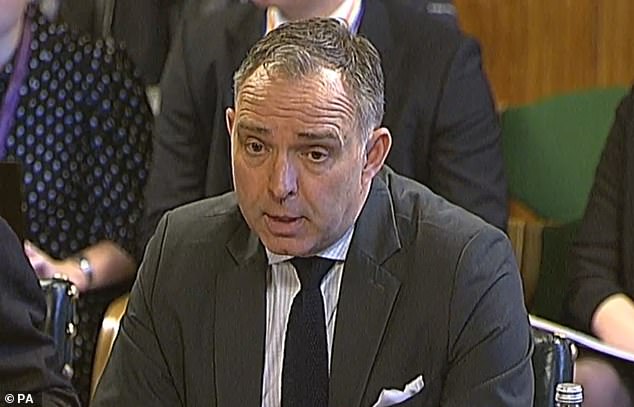 The most notable victim of Mr Cummings’ civil service reform push was Cabinet Secretary Sir Mark Sedwill, who was forced out with a £250,000 exit package

Mr Cummings, who was also behind an assault on the ‘blob’ establishment while working for Michael Gove at the Department for Education, once wrote of support for ministers: ‘The whole structure of ‘submissions’ and ‘red boxes’ is hopeless. It is extremely bureaucratic and slow…

‘The whole approach reinforces the abject failure of the senior civil service to think about high performance project management.’

His proposals include ‘red teams’ explicitly tasked with finding reasons why policies should not be pursued.

He has also made detailed complaints such as the Cabinet room not being fit for purpose because it does not have any ‘tools’ for modern times – with even the clock not always working.

There has already been an extraordinary clear-out at the top levels of the civil service under Mr Cummings’ watchful eye. The most notable victim was Cabinet Secretary Sir Mark Sedwill, who was forced out with a £250,000 exit package.

In his place, Simon Case – who gets on well with Mr Cummings and his allies – has become the youngest head of the civil service for generations.

Defence has been another long-standing flashpoint for Mr Cummings’ reforming zeal.

After the general election victory the government promised “the most radical assessment of the UK’s place in the world since the end of the Cold War”.

The Integrated Review had been due to report this autumn, but the coronavirus crisis has thrown it into chaos. With the public finances in tatters, Rishi Sunak has been resisting giving a three-year spending settlement to the Ministry of Defence, which drastically restricts longer-term planning.

In the past, Mr Cummings has been particularly scathing about the way MoD runs its procurement, branding it a ‘farce’. 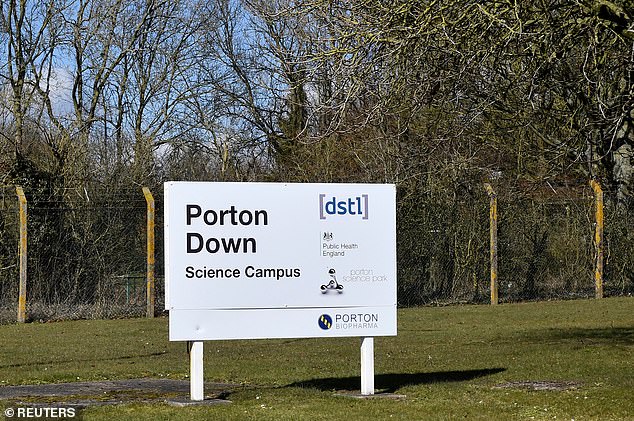 He previously claimed the military ‘continued to squander billions of pounds, enriching some of the worst corporate looters and corrupting public life via the revolving door of officials/lobbyists’.

‘They have built platforms that already cannot be sent to a serious war against a serious enemy,’ he wrote in a blog post titled Drones in March.

‘A teenager will be able to deploy a drone from their smartphone to sink one of these multibillion-dollar platforms.

‘Such a teenager could already take out the stage of a Downing Street photo op with a little imagination and initiative, as I wrote about years ago.’

Over the summer it emerged Mr Cummings was touring highly secret military and security service sites, vowing to ‘sort out’ hapless procurement and organisation.

Among his stops on the tour were MI5, MI6, the SAS headquarters in Hereford, and the Defence Science and Technology Laboratory at Porton Down.

Mr Cummings has been a vociferous critic of the BBC.

He is said to be ‘ideological’ about replacing the licence fee with a voluntary subscription system, as well as toughening governance.

But many of the most dramatic changes mooted already appear to have been watered down, and there will now be fears about the push petering out.

Negotiations over the BBC’s Royal Charter and funding up to 2027 have only just opened. And it is still not clear who will be the next chairman of the BBC, with calls for a Tory to be installed to counter left-wing bias.

Before the Conservative election victory last December, Mr Johnson suggested the broadcaster faced a big shake-up if he won power. 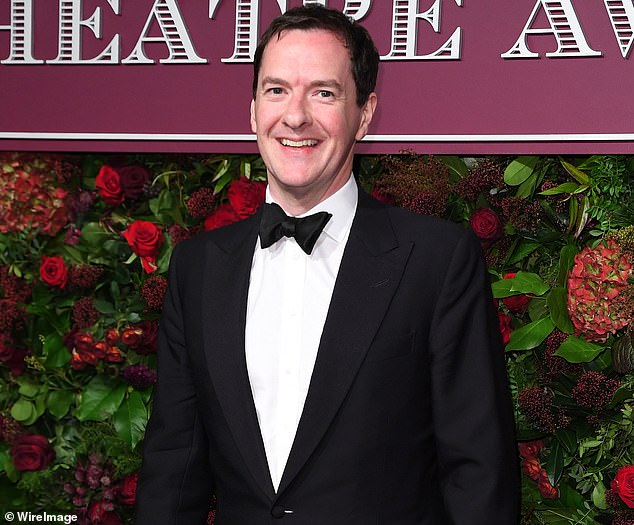 He said he was looking at whether it made long-term sense to impose a £154.50 annual levy on all homes with TVs.

But the PM’s allies have since backed away from the idea ‘reform rather than revolution’ when it comes to the future of the corporation.

A panel of senior figures – including former No10 communications chief and BBC editor Robbie Gibb – has been assembled to consider the longer-term future of the corporation’s funding.

Ministers have still been signalling that the licence fee could be decriminalised, ending the corporation’s power to prosecute non-payers.

The prestigious role of BBC chair, which comes with a salary of £160,000, involves maintaining the broadcaster’s independence and overseeing the function of the organisation.

The incumbent David Clementi is to step down in February. However, other leading candidates favoured by Downing Street have ruled themselves out.

The latest name to be linked to the job was former chancellor George Osborne.