World Cups are where the defining images and memories of England players are formed, the snapshots that capture a moment in time.

So let this be said now: in years to come, you will have no trouble recalling the exact moment that Jude Bellingham took possession in his own half against Senegal and ran 40 yards with the pace, power, ferocity and skill that made you think of Jonah Lomu bounding for the corner past hapless defenders.

It was beautifully brutal, devastating and balletic in equal measure. But the aspect that made it all was the perfectly weighted through ball that enabled Phil Foden to square for Harry Kane to thrash in the goal that effectively propelled England into the World Cup quarter-finals.

The finish was sumptuous but the run was incredible. Here was the kind of clip television directors will want to go on montages alongside Nobby Stiles dancing in 1966, Paul Gascoigne sobbing in 1990, Michael Owen slaloming in 1998 and Gareth Southgate roaring in 2018.

Only when you stand next to Bellingham do you appreciate the size of him. He’s 6ft 3ins with broad shoulders that were built to carry heavy loads and that is precisely what he did during an opening 45 minutes when England’s players were asked questions they would never normally be posed.

Senegal were ultimately beaten comfortably but in the opening half-hour, especially, they were enthralling. Africa’s finest team were well-drilled, tactically clever and looked better on the ball. They should have been ahead, too, when Boulaye Dia got sight of Jordan Pickford’s goal.

Many England players were edgy, as they tried to harness the nerves and adrenaline. Kyle Walker made uncharacteristic wrong choices with his passing, Bukayo Saka didn’t know whether to stick or twist when galloping forward, Harry Maguire’s touch betrayed him on occasions. 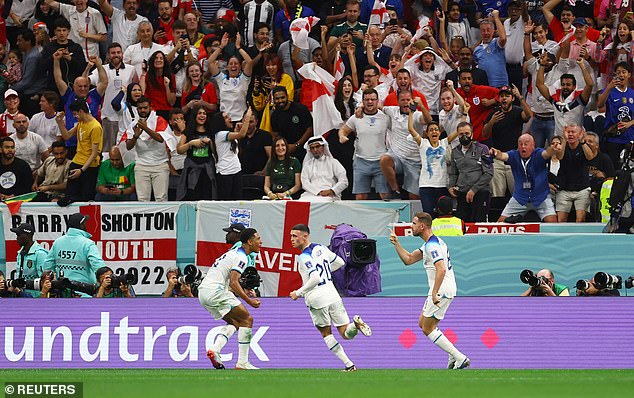 Through it all, however, Bellingham and his engine room colleagues Jordan Henderson and Declan Rice hunted together, refusing to let Senegal get on top. Bellingham, in particular, was remarkable and one little moment in the 15th minute caught the eye.

With England’s supporters quiet and the relentless rattle of the Senegalese drums making it feel more Dakar than Doha, Bellingham drove forward, won a corner and then immediately began waving his arms, looking at the crowd with a scowl that demanded they raise their game.

This young lad is different to other 19-year-olds. There are going to be certain points in the future when his form fluctuates — as is the case with every football player — but right now he is playing with a swagger that is making you think back to Owen, Wayne Rooney or Steven Gerrard when they were a similar age.

The stage, the setting, the opponents: none of it bothered them. That trio knew they could go on and dominate and that is precisely what Bellingham did against Senegal last night, the charge on the cusp of half-time the crowning point of his sensational performance. 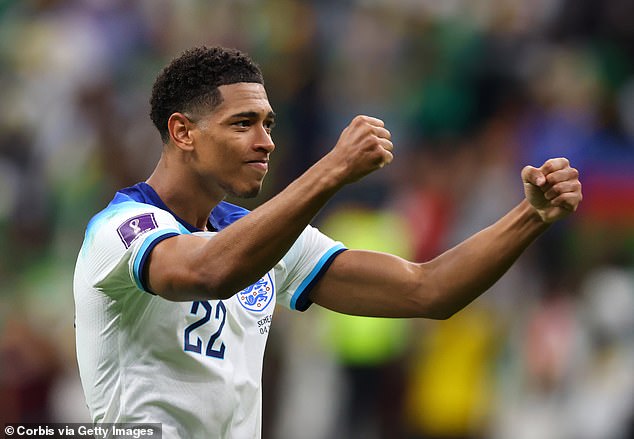 ‘He’s going to be a superstar, that kid,’ Roy Keane said on ITV. ‘He plays like he’s played 100 times for England.’

Keane is not known for sprinkling compliments like confetti, so for him to be prepared to commit to that kind of statement should give you an idea of the realms Bellingham might possibly enter. Listening to what people who work with him say, Bellingham is only going to improve because he wants to learn. He has struck up a bond with Henderson, who has played a crucial role in the last 18 months in helping a teenager settle into an environment that could have been daunting.

Liverpool’s captain, like Keane, will not waste a tribute if he doesn’t think it’s deserved but he also holds Bellingham in the highest regard.

The feeling is mutual. Henderson will never win a popularity contest in the stands but his worth to this squad and the importance he attaches to playing for England can be illustrated in this little story from September. Back then, he had a badly damaged hamstring and hadn’t played for Liverpool for three weeks.

Initially, it was thought he had no chance of being involved in the Nations League games against Italy and Germany but the midfielder worked around the clock to get his full fitness back. 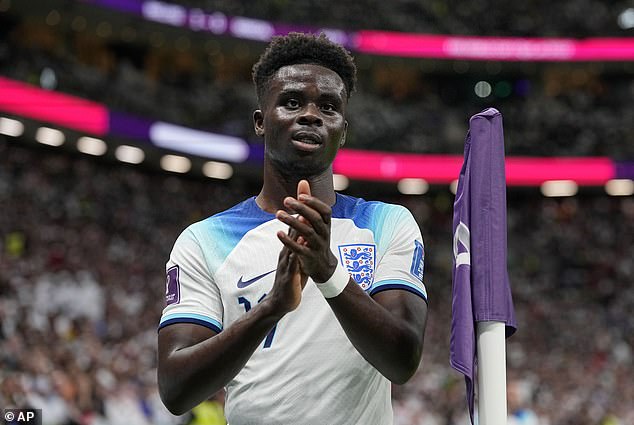 Aware this was his only opportunity to be around St George’s Park before Gareth Southgate named his squad, he spoke to his national team coach and his club manager Jurgen Klopp and asked if could train regardless of having not played for Liverpool.

Klopp was only too happy for him to head away and Southgate was similarly delighted to have Henderson around.

There was never any possibility that he wouldn’t be included in the 26-man squad and since being introduced against the United States, he has been one of England’s best performers.

Henderson started like an express train and it was fitting, if a little surprising, that he was the one to open the deadlock in the 38th minute, arriving to apply the finish to a perfect cross.

The man who supplied it? Bellingham. He — and we — will remember this performance for a long, long time.