DOMINIC LAWSON: At last! I’ve found the gizmo that could end my annual thermostat war with my wife

Could this be the answer to the cold war between the sexes? Scientists at the University of California have devised an armband that functions as a personal thermostat.

It contains patches, just two inches square, which the inventors claim can adjust a person’s skin temperature by up to 10c for a period of eight hours.

‘This is a simpler solution than central heating or air conditioning, which change the temperature of an entire room,’ they said.

Money-saving aside, this might also address the conflict between the sexes: men, in general, like to work in offices where temperatures are significantly lower than those typically preferred by women.

Could this be the answer to the cold war between the sexes? Scientists at the University of California have devised an armband that functions as a thermostat, writes Dominic Lawson

Last week, fascinating research on the consequences of this was released by the Berlin Social Science Center.

It had subjected 550 students to verbal and mathematical tests, at various temperatures. And it emerged that the women, on average, did better at relatively higher temperatures, while then men’s results improved — compared with the women’s — when the temperature was lower.

These statistics, however, mask individual preferences that don’t conform to the generality. The Berlin researcher leading the study, Agne Kajackaite, pointed out that she preferred the ‘colder’ temperature. And I live with a woman of similar disposition. My wife likes it cold, or what I call perishing.

Yes, we are among those — amounting to 50 per cent of all British couples, according to a poll last year for a heating firm — who argue over the temperature at which their homes are heated. Well, perhaps ‘argue’ is putting it too strongly, in our case. I protest: she decides.

I should have realised what I was letting myself in for when I visited my future parents-in-law for the first time. 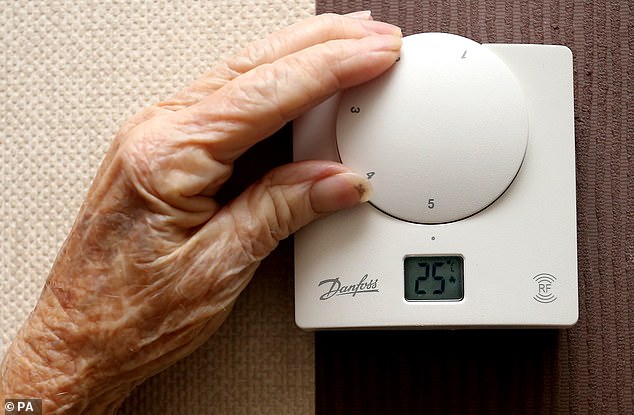 It contains patches, just two inches square, which the inventors claim can adjust a person’s skin temperature by up to 10c for a period of eight hours, writes Dominic Lawson

It was December. We were put in a flat adjoining the main house. There was ice on the windows — inside. My future wife thought this was acceptable. I explained, through chattering teeth, that I did not. And, to make the point, I went to bed that night fully clothed.

I should explain that she comes from a family of soldiers and farmers: outdoor types, in other words. My upbringing was entirely urban: weather didn’t happen, or at least was not allowed to intrude.

So my wife got a shock of her own when I took her to meet my paternal grandmother for the first time.

She had lived in the same flat in London’s Marble Arch for about half a century and I doubt in all that time any of the windows had been opened. The fug-like atmosphere was exacerbated by the fact that my grandmother smoked four packs of cigarettes a day.

I whispered to my wife that if she thought this was bad, she should have been here when my grandfather was alive, and the haze was augmented by his habitual cigars.

Anyway, now we live in the healthy countryside and I fight a constant battle to keep it at bay: that is, I go round closing all the windows, and my wife, with equal determination, opens them. Even — I can still barely believe it, after almost 28 years of marriage — in winter. Speaking of which, there is the seasonal argument about when the central heating is ‘allowed’ to be switched on: that is, when my wife finally concedes that winter has arrived.

This is an argument in which her side has a built-in moral advantage: the longer the central heating is switched off, the cheaper it is, and the more money is saved for what she considers essentials, which apparently do not include comfort.

Why should we be different from the alleged norm, aside from our differing family backgrounds?

A clue can be found in the reason given by scientists for the more typical disagreements (men wanting it cooler than the women). They have found that men ‘expend more energy than women when at rest’.

Well, I am quite astoundingly lazy — at least physically. I take ‘being at rest’ seriously. No movement at all is my preferred default option.

By contrast, my wife is hyper-active. Sitting down is not something she does.

Perhaps that’s one reason she never watches television. It involves being stationary, which she seems to find almost unbearable.

There are some obvious and observable consequences of our very different metabolisms. My wife still fits the same clothes that she wore when we were first married. I . . . don’t.

On the other hand, I’m not sure our differences could be resolved by waiting for this new ‘personal thermostat’ to reach the shops. We would still have conflicting views on what makes a home feel like home. She would like it to be in touch with nature, with the windows open. I would seek cosiness, a condition which she says gives her ‘claustrophobia’.

In any case, there is no absolute need for new technology.

I have a very large collection of jumpers. And whenever my wife asks what I would like for Christmas, I always reply that another jumper would be most welcome.

Those are the terms of the unequal peace treaty in our own cold war.

British Airways and a jumbo pile of nonsense

So on a recent 12- hour flight, having finished the book I took on board, I decided to try the airline’s much-vaunted ‘personalised’ entertainment system.

It didn’t work. The remote control that operated it was stuck in its socket and could not be extracted. The air hostess tried mightily — I thought she might burst a blood vessel, she struggled so hard — but without luck. 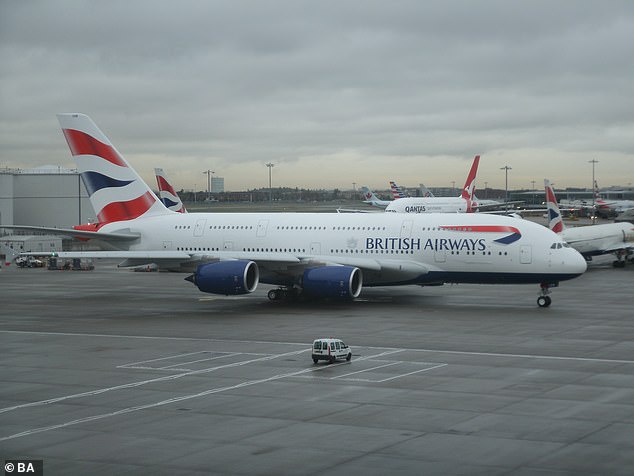 And, as the flight was full, there was no alternative seat. So, at the hostess’s suggestion, I filled out a complaint form. Soon afterwards I received an email from BA customer relations, offering a voucher of £20 towards any future flight I might take with them.

I wrote back, pointing out that given the claims it makes for the quality of its ‘in-flight entertainment package’ and the great length of the flight, this was not much by way of recompense: I suggested they send a larger payment — not a voucher — to a charity either of their or my choice.

To my amazement, the woman from customer relations department responded that the figure of £20 ‘is a set limit under EU regulations, which means I’m unable to increase our offer’.

I wrote back to ask for the text of the specific EU regulation, expressing doubt that it would be ‘£20’ as the Euro is the official EU currency. 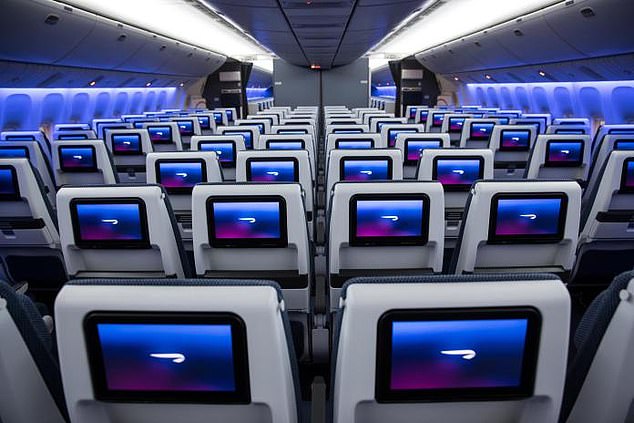 BA’s in-flight entertainment package now boasts the latest films, television series, and music channels… if you can get it to work

The reply was 100% cut-and-paste guff: ‘I’m sorry to disappoint you. We know that incidents like this are always unpleasant and really appreciate the points you’ve raised.

‘We know that little details do count and we’re always aiming to provide the best customer service we can.’

When I replied that she hadn’t actually given me the details of the ‘EU regulation’ allegedly limiting recompense to a £20 voucher, I got no further response.

Exasperated, I emailed the BA press office, to see if it could supply the text of this ‘EU regulation’.

Only then was the truth revealed: there is no such EU regulation. It was all complete nonsense.

I then got an email from someone higher up in the Customer Relations department, saying that his colleague had ‘made a genuine mistake’. But the £20 voucher was still the maximum they would offer.

If we ever do leave the EU, then BA will have to come up with a different ‘genuine mistake’ to justify their policy.