DOMINIC LAWSON: So what demented (and doomed) ploy to stop Brexit will they come up with next!

Whenever it seems that those who refuse to accept the EU referendum result have scraped the bottom of the barrel of ruses and excuses, they somehow manage to go lower. Over the weekend the ‘Remoaners’ have done it again.

This time their argument is that a nefarious combination of mind-bending social media marketing and illicit expenditure ‘bought’ the result, and that therefore the British people’s decision in June 2016 to leave the EU should be dismissed as illegitimate.

This concerted attempt to void the result of the biggest exercise in mass democracy ever undertaken by the British people began almost as soon as the votes had been counted and declared.

Days afterwards, Tony Blair’s former spin-doctor supreme, Alastair Campbell, called (via Twitter) for the outcome to be rejected on the grounds that ‘EU law allows customers to withdraw from contract if contract based on lies. Leave agenda riddled with them’.

Coming from the propaganda maestro who manufactured the ‘dodgy dossier’ on Iraq, this almost defied satire.

Then this gang argued that the referendum was not binding on Parliament and that it would be illegal for the Government to invoke the EU’s Article 50 (which is required for a nation to secede) unless it was approved in a vote by all MPs.

The Supreme Court agreed with this legal claim, brought by that indefatigable anti-Brexit campaigner Gina Miller.

So then Parliament did vote. And by 498 votes to 114, it agreed that the referendum decision should be honoured. Thus, a year ago this week, Article 50 was invoked by Theresa May’s Government.

End of story? Not a bit of it. Defeated both by the public and Parliament, those who don’t want the result to stand are now calling for a second referendum.

According to Chuka Umunna, the London MP who chairs a political group that meets every Wednesday to discuss how to stop Brexit, this would be to ‘let the people decide’ whether to accept the terms of departure negotiated between the UK and the EU.

Last week Umunna came to the support of Owen Smith, after his fellow Labour MP was sacked from the Shadow Cabinet by Jeremy Corbyn for demanding a second referendum on our relationship with the EU.

Umunna complained that Smith had been ‘sacked for saying what Labour voters overwhelmingly support’. This, however, is not true.

Last Friday, the pollsters BMG revealed the result of asking the public to respond to the statement ‘the Government should get on with implementing the result of the referendum to take Britain out of the EU and in so doing take back control of our borders, laws, money and trade’.

No less than 57 per cent agreed, and only 22 per cent disagreed (with the rest saying they did not have a view).

Even among Labour voters there were 10 per cent more agreeing than disagreeing with what amounts, in layman’s language, to Theresa May’s policy of leaving both the single market and the customs union.

Oh, that was the other ruse of the Remoaners: because Theresa May had, through an admittedly inept election campaign, lost her Commons majority, there was no mandate for what they invariably describe as ‘hard Brexit’.

This argument, too, fails on the most cursory examination. Not just the Conservatives but Labour and also Northern Ireland’s biggest party, the Democratic Unionists, all pledged in the 2017 General Election not only that they would honour the result of the 2016 referendum but that the UK would no longer be a member of the single market.

Free movement is a fundamental rule of the single market, and all these parties accepted that the British people — including the majority of Labour voters as well as Conservative ones — were opposed to uncontrolled migration from the rest of the EU.

All along, however, the Brexit refuseniks have been motivated by the view that what differentiates them from the majority is that they know better: that ignorance and stupidity are what define their opponents.

In public, they try to hide this conceit, but it has always been there.

It was most clearly expressed in the days after the referendum in a reader’s online comment at the foot of an article in The Independent (which itself called for the result to be rejected): ‘Why should the pond life that dragged itself from the estates to the ballot box be allowed to ruin everything for the rest of us?’

This idea — that the moronic masses have somehow been dragged or duped into voting for an outcome that defies both reason and their own interests — lies behind the latest attempt to thwart the Brexit vote.

It rests on two claims. First, that a company called Cambridge Analytica, controlled by a U.S. billionaire called Robert Mercer and using a sinister-sounding technique called ‘psychographics’, had played a decisive role in convincing the British to vote for Brexit.

And, second, that the official Leave campaign had broken Electoral Commission rules by funnelling £625,000 to a secretly linked group called BeLeave.

This second claim was exposed as meretricious only last week in the High Court. It determined that the Electoral Commission had approved, in writing, Vote Leave’s decision to donate to other organisations campaigning for Brexit. 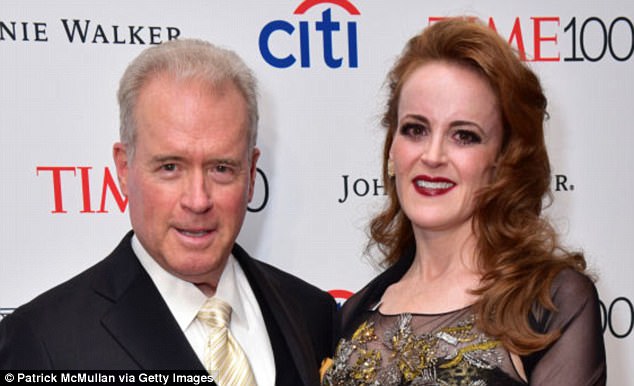 A youthful volunteer in that campaign, by the name of Shahmir Sanni, has now told Channel 4 that he still feels the way this was done was a form of ‘cheating’, and that ‘almost two thirds of a million pounds makes all the difference’.

Really? Does anyone other than Mr Sanni and the self-deluding anti-Brexit last-ditchers believe this £625,000 of spending swung the result behind Leave, and that otherwise this outcome — a winning margin of over 4 per cent, let’s remember — would not have occurred?

Let’s also remember that not only did every mainstream political party organisation back Remain, but so did almost every institution in the land, including the Church of England.

Above all, we should recall that just before the official start of the campaign (thus sneakily evading the spending limits decreed by the Electoral Commission), the Government posted a leaflet to every household in the land — at a £9 million cost to taxpayers — warning of economic disaster if we did not vote to remain in the EU.

Those still campaigning to stop Brexit never mention that. Nor do they like to recall the final words of that leaflet addressed to voters: ‘This is your decision. The Government will implement what you decide.’

As for Cambridge Analytica and its allegedly spooky mind-bending techniques based on using information hoovered up from Facebook profiles: even if they were effective, this is completely irrelevant, and for one very good reason.

The company wanted to work for Vote Leave but was rejected by the campaign’s mastermind, Dominic Cummings, who regarded them as nothing more than plausible charlatans. That’s right: Cambridge Analytica played as big a role in the referendum as Scooby-Doo.

So the claim in the Observer newspaper that ‘if the referendum result stands’ it would mean we had consented to ‘a result paid for by a U.S. billionaire using military-style technology’ is a conspiracy theory lacking not just a conspiracy but even a credible theory.

Because no one has yet demonstrated that these techniques swing elections and I have seen no coherent explanation of how they have done so. Cambridge Analytica and Robert Mercer put CA’s so-called ‘micro-targeting’ to work for Ted Cruz in his campaign to become the Republican candidate for the 2016 u.s. Presidential election. It was a disaster.

Perhaps those fighting to thwart Brexit need to believe that some sort of wicked brainwashing lay behind the referendum result. The people’s verdict was, to them, so incredible and unbearable that they can never accept it happened fair and square: it must be a conspiracy.

So now their latest line to discredit the referendum result — gullible Britons were brainwashed by spooky Americans into voting Leave — has proved so obviously demented and doomed to fail, what will the stop Brexit crowd try next?

I don’t know. But you can be sure it will be an insult to our intelligence.