There can be no doubt that Angela Merkel is into the end game now. Only hours after regional election results in Hesse, central Germany, showed her party haemorrhaging a tenth of its support, the Iron Chancellor announced that she will not stand for re-election as chairman of the Christian Democratic Party this autumn, and will step down as Chancellor in 2021.

She still intends to stay on for at least two more years, mind you. But given that she has now acknowledged her own political mortality and set a time limit on her departure, yesterday’s announcement represents a sensational admission of weakness.

The truth is that this has been coming for years. Mrs Merkel has led her country since 2005 and her party since 2000. For a generation, she has been by far Europe’s leading political figure.

Given that she has now acknowledged her own political mortality and set a time limit on her departure, yesterday’s announcement represents a sensational admission of weakness

For the last three years, however, her political authority has been steadily ebbing. And although electoral fatigue and the rise of smaller parties have played their part, the plain fact is that her troubles really started the moment in 2015 that she threw open Germany’s borders to an estimated one million Middle Eastern migrants.

At the time, Mrs Merkel insisted that given its unhappy history, Germany had a special responsibility to look after those in trouble. And when people had the temerity to wonder whether the influx of so many newcomers might cause social problems of its own, she said simply: ‘Wir schaffen das’ – ‘We can do this.’

Mrs Merkel’s decision may have reflected well on her sense of social duty, but in hindsight it looks a moment of dreadful hubris and political irresponsibility. The most obvious political result has been the shocking surge of the far-Right AfD, which won 13 per cent of the vote in last year’s federal elections and picked up another 12 per cent in Hesse at the weekend. 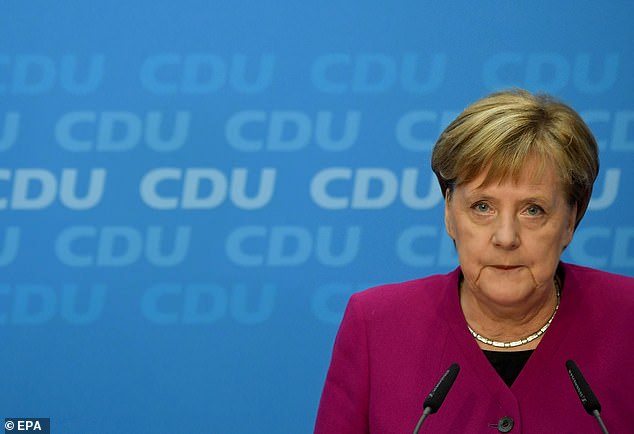 In effect, she is being squeezed from both Right and Left. Her coalition partners, the centre-Left Social Democrats, did even worse and may pull out of her governing coalition

The AfD are clearly not going away. And the problem now for Mrs Merkel is that whenever her she and her centre-Right allies try to lure back the AfD’s voters, they end up driving away moderates to parties like the Greens, who won almost 20 per cent in Hesse.

In effect, she is being squeezed from both Right and Left. To make matters worse, her coalition partners, the centre-Left Social Democrats, did even worse and may pull out of her governing coalition.

Mrs Merkel may talk of continuing until 2021, but whether her party will allow her to last that long is another matter. The fact is that her regime has the smell of death about it. And the irony is she will leave behind a body politic poisoned by rows about immigration, with the far-Right buoyant for the first time since the 1930s. 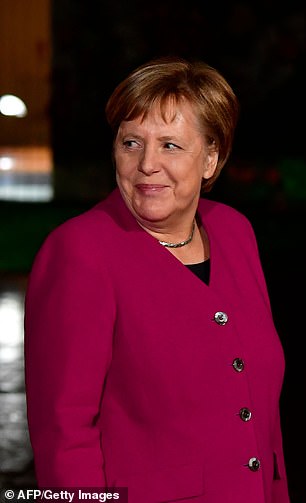 Historians will surely look back on her final years in office as a case study in utopian over-reach. The truth is that however fine your motives, however righteous your rhetoric, you can only push your people so far.

It is telling, I think, that her latest humiliation came on the very day that Jair Bolsonaro was sweeping to victory in distant Brazil. With his blood-curdling rhetoric about criminals and immigrants, as well his attacks on feminists and homosexuals, Brazil’s new president represents everything that Mrs Merkel abhors.

But he is also the latest face of a political trend that is sweeping the industrialised world, from Victor Orban in Hungary to Matteo Salvini in Italy. All these figures are tapping voters’ anxieties about crime, economic insecurity, multiculturalism and mass migration – anxieties fuelled, in part, by the policies pursued by Mrs Merkel and her admirers.

Revealingly, the AfD were quick to send their congratulations, praising Mr Bolsonaro as part of a worldwide ‘conservative revolution’, and as someone who ‘like the AfD … has been attacked from all sides because he, as an outsider, has challenged the system’.

Germany’s tragedy is that now, more than at any time since the fall of Nazism, the chances of a Teutonic version of the Brazilian strongman are greater than ever. And that, I fear, will be Mrs Merkel’s most enduring legacy.