Just when you thought the old order was continuing with its hegemony in men’s tennis, Rafael Nadal finally met his match in terms of brutal baseline slugging.

Perhaps time — or more precisely Thiem — does not stand still, after all, when it comes to winning the biggest prizes in the sport.

There will be a new finalist in the Australian Open with the semis divided into matches of two generations. Alex Zverev will face Dominic Thiem and they will compete to meet either Novak Djokovic or Roger Federer. 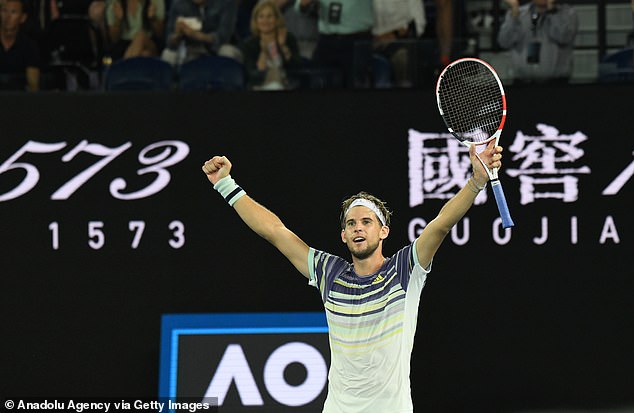 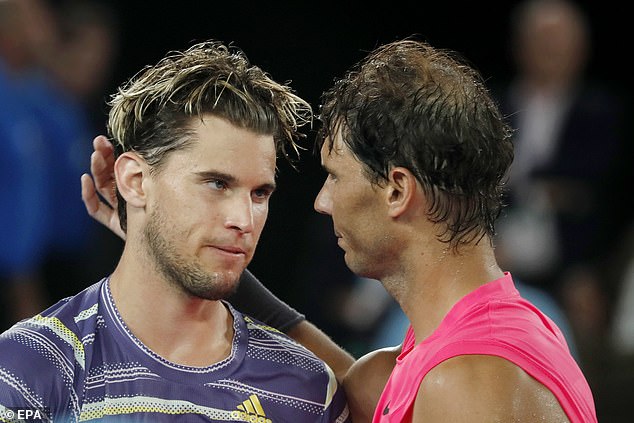 Austrian Thiem, 26, held his nerve in the tiebreaks to defeat the world No 1 7-6, 7-6, 4-6, 7-6 after four hours and 10 minutes. Such was the intensity of the latest men’s match at this tournament to scale the heights, he will be grateful for the day off before tackling Zverev.

Nadal went down fighting as ever, and not just against the Austrian. Unusually rattled, he clashed with French umpire Aurelie Tourte following a code violation for overstepping the 25-second shot clock limit.

After Federer’s run-in with officialdom earlier this week for swearing, it was the second time that a female in the chair has acted firmly against one of the feted Big Three. On both occasions they were right to do so, with Nadal telling Tourte: ‘You don’t like good tennis’.

Both episodes were a reminder that underneath their polished exteriors, Nadal and Federer are above all ferocious competitors. The Spaniard, who complained about the air-conditioning pipe by his chair not working, played it down later.

Thiem can be self-effacing but has appeared more assertive this fortnight, notably in abruptly ending a new coaching relationship with Austrian legend Thomas Muster, because he quickly saw it was not working. 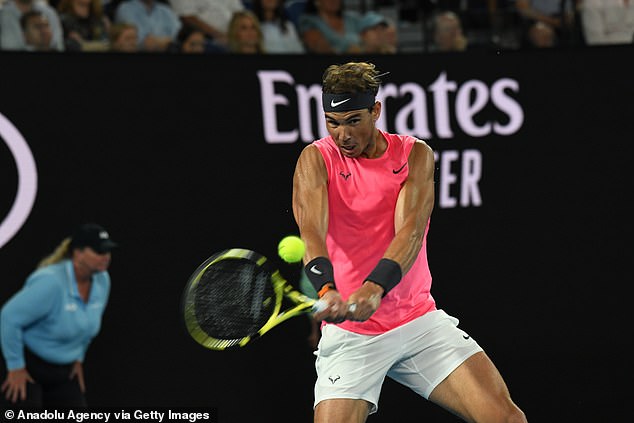 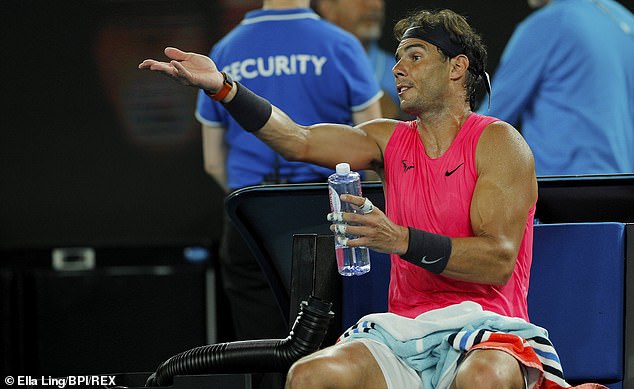 That has translated on court into him reaching a Grand Slam semi-final outside Roland Garros for the first time. His results in Paris, where he has made two semis and two finals (losing both of them to Nadal) have dwarfed results at other majors.

Indeed the long-term fallout from this result could be the belief it may give him when they next meet on the clay. In the context of the great race to see who can win most Grand Slam titles — the Spaniard, on 19, is one behind Federer — that could prove significant.

Armed with that majestic single-handed backhand, Thiem will face the German Zverev, 22, whom he has beaten six times out of eight.

There was a temptation to snigger when, at the start of the tournament, Zverev — a four-set winner over Stan Wawrinka — joined in the Nick Kyrgios-inspired campaign to raise money for bushfire victims by pledging that he would donate all his prize money if he won the title.

Zverev, continually double-faulting and losing his temper, had a torrid time in the ATP Cup this month and it seemed any big giveaway was the stuff of fantasy. Yet here he is, two matches away from handing over £2.23m. 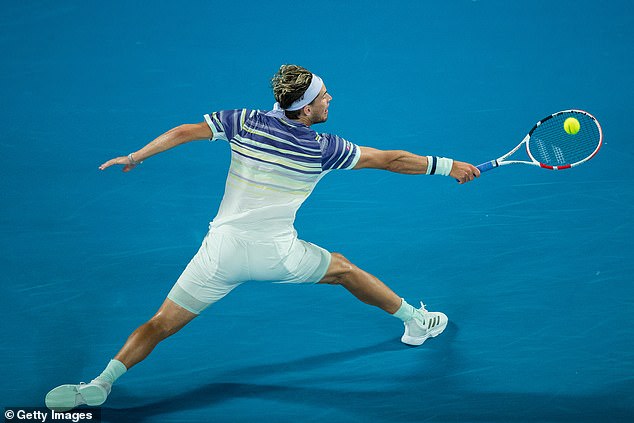 ‘If I win it’s a lot of money for me,’ he said, also referring to the fact that his father, a former Soviet player, was once compelled to give the government his prize money.

‘I’m not Roger Federer, I’m not LeBron James, something like that. This is still big. But at the same time I know that there are people right now in this beautiful country who lost their homes and actually they need the money.

‘I think there’s much better use for those people with that money than I have right now.’

On Thursday morning Federer embarks on a task whose degree of difficulty is about equal to beating Nadal at Roland Garros — overcoming Djokovic on Rod Laver Arena.

For all that he should have beaten him at Wimbledon — and did beat him at the ATP Finals in November — it looks like a mission that will be close to impossible, given his advancing years and the exhausting matches he has played to get this far.

Federer is still trying to believe he has an upset in him, and will draw on those two matches in their 50th encounter. 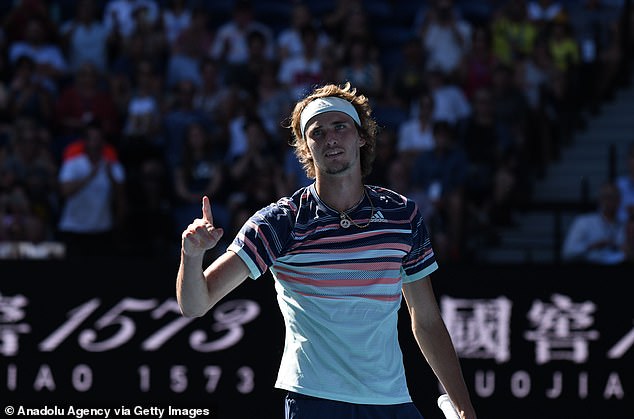 Alexander Zverev, who plays Thiem next, is two matches away from winning a Grand Slam title

‘In every way, it helps me, does me good,’ said the Swiss. ‘It showed me he is beatable. It always does me good to know that, at my age, I can prove from time to time I can beat Rafa and Novak and win tournaments.

‘It gives me a little extra confidence and helps me forget Wimbledon, even if I played very well there.’

Jamie Murray and partner Bethanie Mattek-Sands, who won the US Open, advanced to the semi-finals of the mixed doubles when they beat Saisai Zheng of China and Joran Vliegen of Belgium 6-3, 6-4.