An aggravated Rafael Nadal was spent spinning out of the Australian Open by a brilliant performance from Austria’s Dominic Thiem to guarantee a new finalist on Sunday.

After a match of high drama the world No 1 was upset over the operation of the shot clock by French umpire Aurelie Tourte and even his personal air conditioning pipe at changeovers as he went down 7-6, 7-6, 4-6, 7-6 in the quarter finals to the No 5 seed.

Thiem, who had some outrageous good fortune with netcords, now faces Alexander Zverev in Friday’s second semi-final while Novak Djokovic will tackle Roger Federer on Thursday. 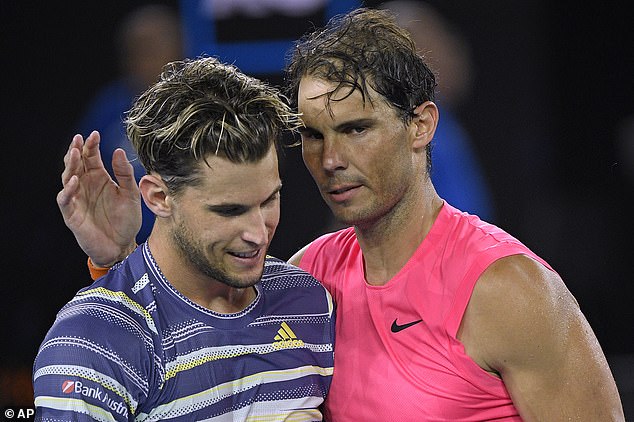 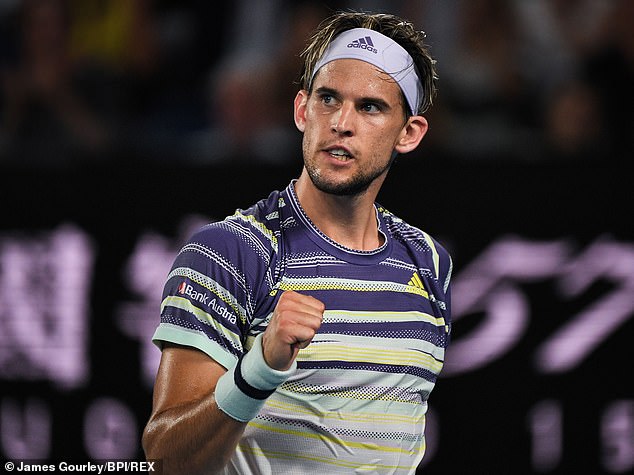 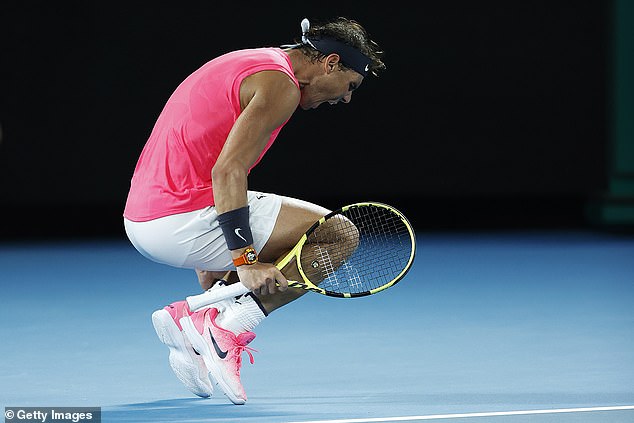 Nadal told the chair umpire ‘You don’t like good tennis’ when she gave him a code violation in the second set for overstepping the 25-second limit, unhappy that she was activating it so soon after long rallies.

She was, however, well within her rights and it is the second time this week that a female umpire has stood their ground against a top player after Federer’s clash with Serbian Marijana Veljovic.

Thiem came back from breaks down to win the two tiebreaks and played them with great composure as the Spaniard became unusually rattled. The brutal baseline hitting was of a rare quality, with the Austrian’s majestic single handed backhand to the fore.

He broke for 2-1 in the fourth set just when it seemed Nadal had re-established his momentum but got nervous when serving for it at 5-4. Two match points were saved at 6-4 in the tiebreak before Nadal thumped a forehand in the net at 6-7 to lose in four hours and ten minutes. 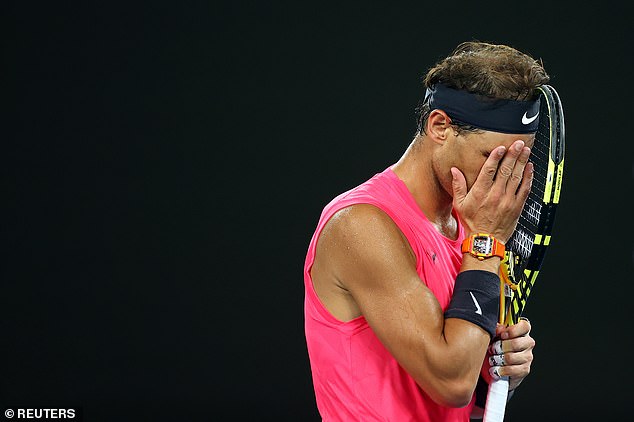 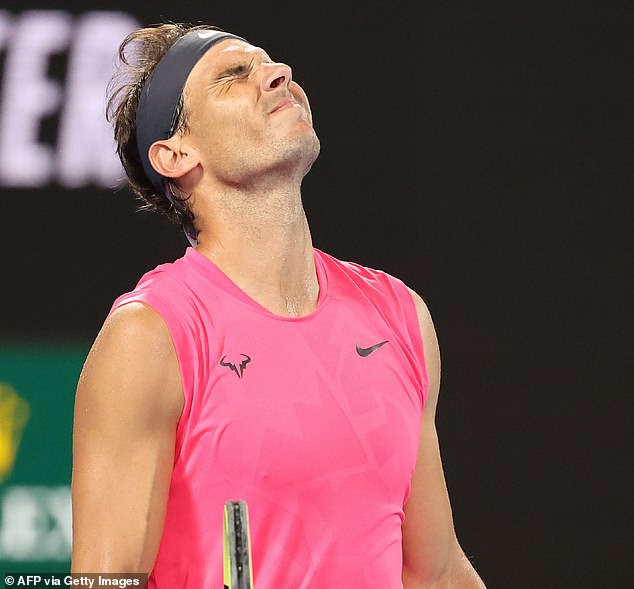 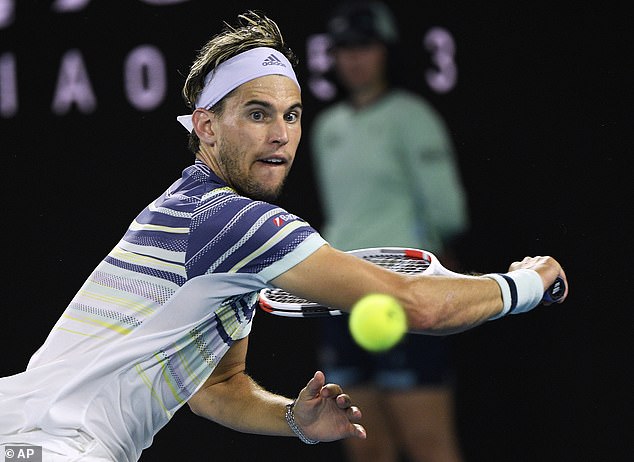 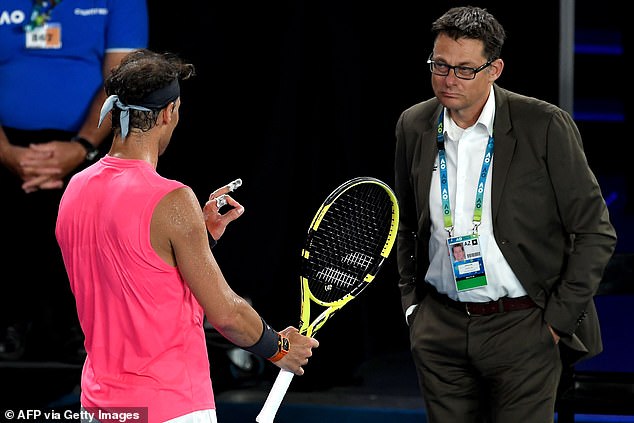 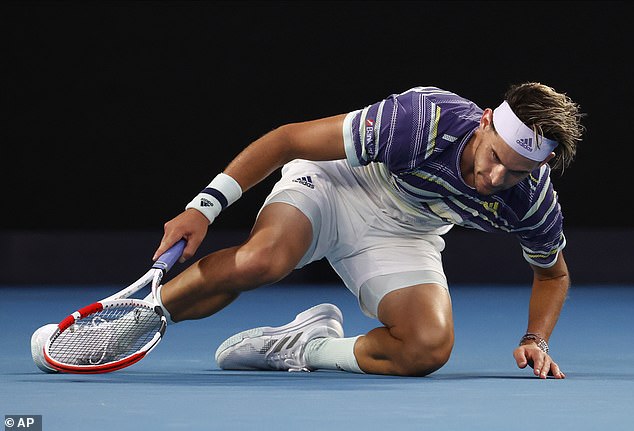 It is the Spaniard’s earliest Grand Slam exit in two years, and the furthest progress at a Grand Slam for the 26 year-old Austrian outside Roland Garros.

‘The tiebreaks I really played well, the match was on great level, we were both in great form,’ said Thiem.

‘We already had an epic match in New York two years ago, the netcord was really on my side but it’s necessary because he is one of the greatest of all time.

‘I just wanted to stay in the match. At 5-4 it was a special situation for me. It was mentally tough situation and I couldn’t handle it but I turned it round in the tiebreak. There are demons in the head, everyone has it.’ 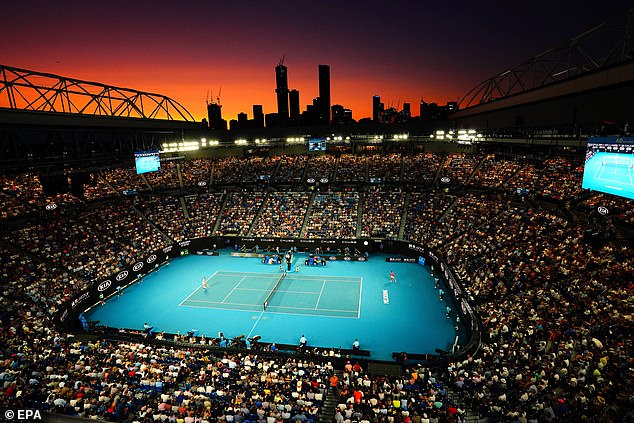