‘It ranks up there as another history-making fight for me’: Dominick Cruz ready to roll back the years and beat champion Henry Cejudo after accepting short-notice call to replace Jose Aldo at UFC 249

Dominick Cruz has vowed to cause a stunning upset against champion Henry Cejudo and regain his bantamweight title.

The 35-year-old has been out of action for 40 months and accepted the fight at UFC 249 in Florida at short notice after Cejudo’s original opponent, Brazilian Jose Aldo, was unable to obtain a visa.

But Cruz insists he is in ‘right shape’ and has ‘prepared right’ to beat Cejudo, who also holds the strawweight crown.

‘It ranks up there, as another history-making fight for me,’ said Cruz. ‘But I really look at this a lot different than belts and all the things that we have.

‘It’s more about how you can make a difference in these times when you have a platform. So, I look at this as a time where I can make a huge difference.’

Cruz has fought just four times in six years and lost his title to Cody Garbrandt in 2016 but insists he will be more than ready to take on Cejudo. 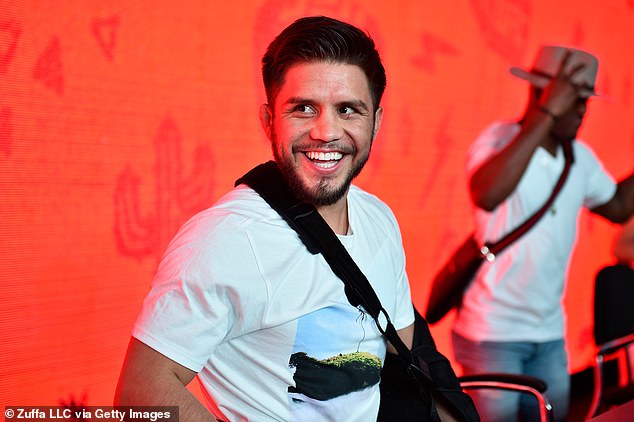 ‘It’s about making sure that you prepare yourself the right way,’ he added. ‘I live this life to train. So, like when, when this is all said and done, I’m going to be in this kind of shape still.

‘I enjoy training, it’s like a livelihood for me. It’s just how I like to live my life is in shape feeling good and training hard and really transformation is a public event so I’m constantly trying to transform in my life.

‘Every athlete on this card is putting themselves in a vulnerable position where they can be beaten or win, and what’s the point, what’s the pleasure in winning if there’s no thought of losing. So, all this comes together to create a lot of fire, and I’m excited for it.’