Donald Trump Jr. is joining his father’s crusade against top Silicon Valley tech companies and wants conservatives to set up their own search engine.

Trump, who co-runs the Trump Organization and regularly campaigns for his father, also says if conservatives were to somehow set up an alternative to Facebook, he would urge his father’s followers to switch to it.

He also attempted to dangle leverage at the powerful tech companies, tellingAxios: ‘Many of these platforms get many benefits from the government.’

The president’s son, who himself has 3 million followers on Twitter (his father has 54 million) said he would ‘love to’ have the Trump campaign create it’s own type of platform.

‘I’d love to do it. But what I would prefer is, take one of the two Silicon Valley conservatives and let them start it. And then I’d help promote the platform and be all over that,’ he said. 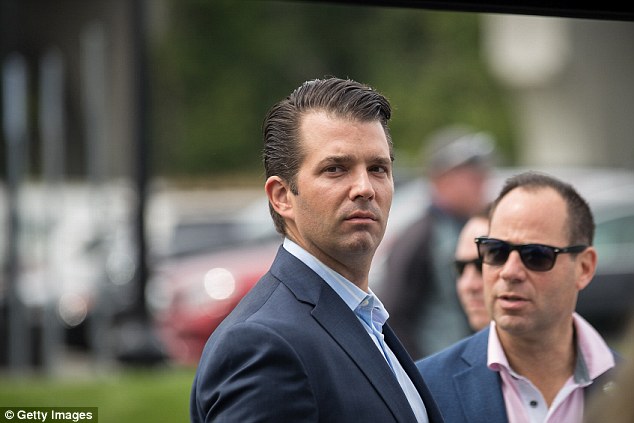 Donald Trump, Jr. called for conservatives to set up an alternative to Facebook and Google, which he and his father think is discriminating against conservatives in search results

Trump this week tweeted that searches for ‘Trump News’ were ‘RIGGED, for me & others, so that almost all stories & news is BAD.’

Later, chief economic adviser Larry Kudlow told reporters the White House was ‘taking a look’ at whether the government should regulate Google and its ubiquitous search engine.

The pushback came after social media sites banned some content from some conservatives such as conspiracy theory promoter Alex Jones, who were accused of violating hate speech and bullying policies.

Trump kept up the crusade at the White House, telling reporters this week: ‘I think that Google, and Facebook and Twitter, I think they treat conservatives and Republicans very unfairly.’

The president with an unprecedented social media following said he can tell ‘when things are different’ and users are suddenly missing.

‘Now, I don’t know if it happens to the other side, but I can say that with respect to Google and Twitter and Facebook, there is a big difference, and in fact, I hear that they’re holding hearings in Congress over the next couple of weeks,’ he said Tuesady. 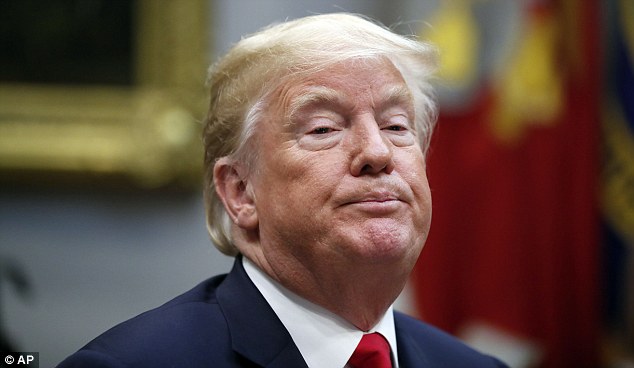 Donald Trump now claims that social media companies are ‘trying to silence conservatives,’ but he doesn’t want additional regulation, as he yesterday suggested 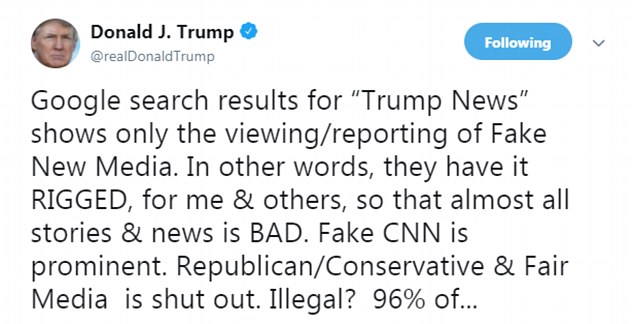 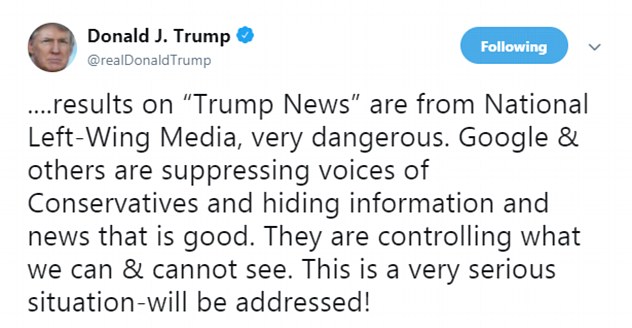 ‘And I think it’s a very serious problem because they’re really trying to silence a very large part of this country, and those people don’t want to be silenced.

‘It’s not right, it’s not fair, it may not be illegal, but we’ll see. We just want fairness.’

Added House majority leader Kevin McCarthy of California told Axios: ‘The companies cannot sit back and say nothing is happening. Algorithms are written by people. Everybody has some bias in them. Anyone claims they don’t have bias, they’re not human.’