As thousands of New Yorkers took to the streets of Manhattan for the annual Pride parade on Sunday, Don Lemon held an LGBTQ celebration of his own at his Hamptons cottage with friends. The CNN anchor and his fiancé, Tim Malone, marked the occasion with a festive barbecue at their $4.3 million Sag Harbor home, exclusive DailyMail.com photos show. Click through to see all the famous pals who attended, including a Cuomo… 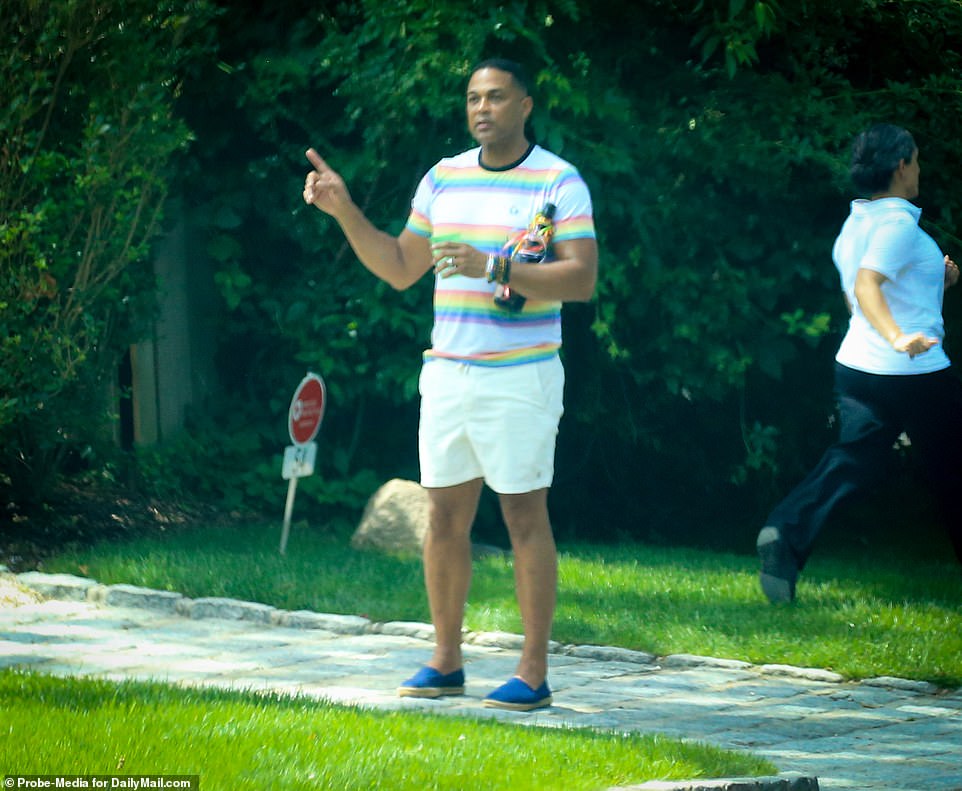 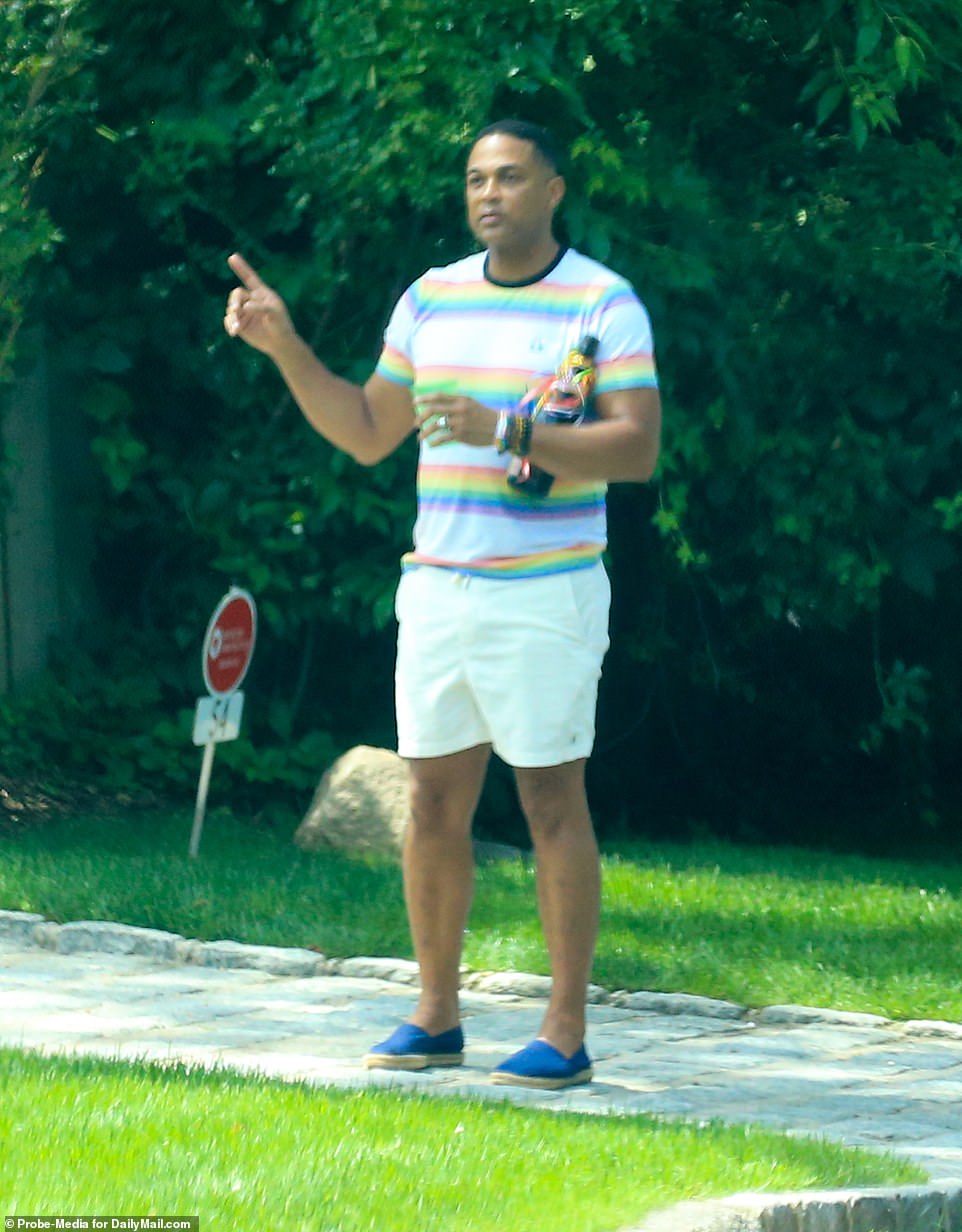 The CNN host, 55, who publicly came out as gay in 2011, showed off his LGBTQ pride with a rainbow striped shirt that he paired with white shorts and blue espadrilles. 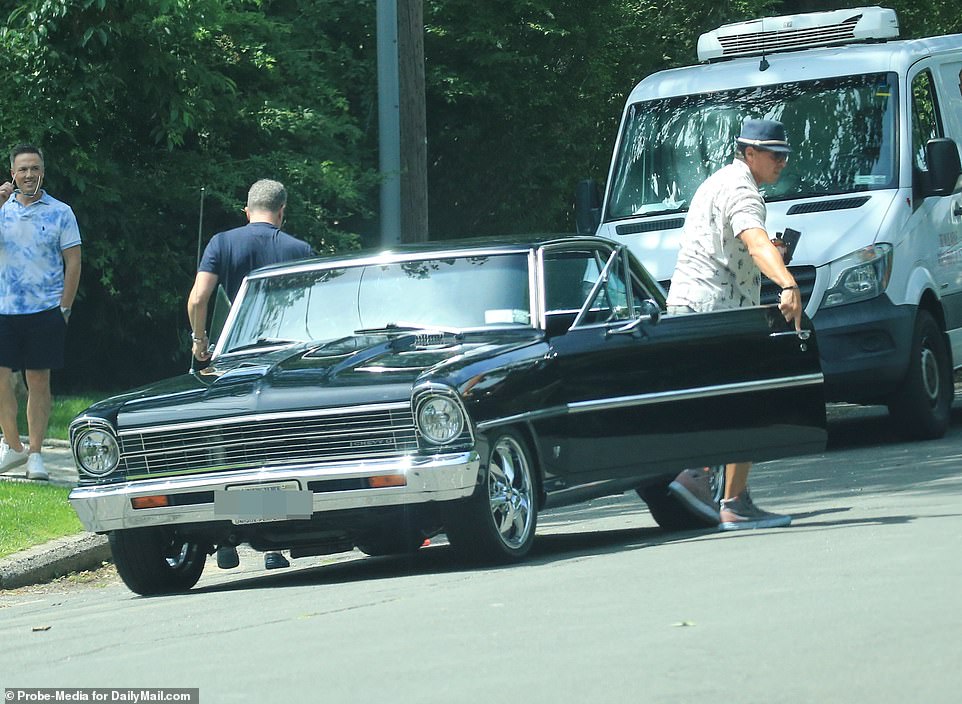 Among the guests in attendance was fellow CNN host and best friend, Chris Cuomo, who was seen arriving in his his black, classic muscle Chevy. 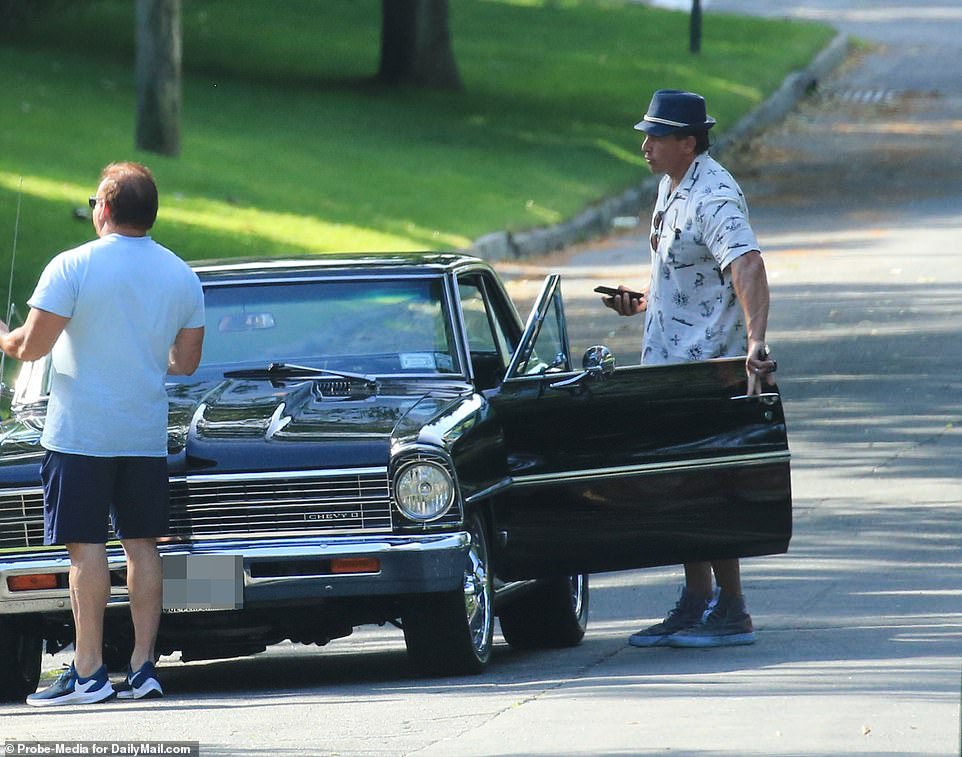 Cuomo, who owns a home in South Hampton, was accompanied by his wife; however, the two arrived in different cars. 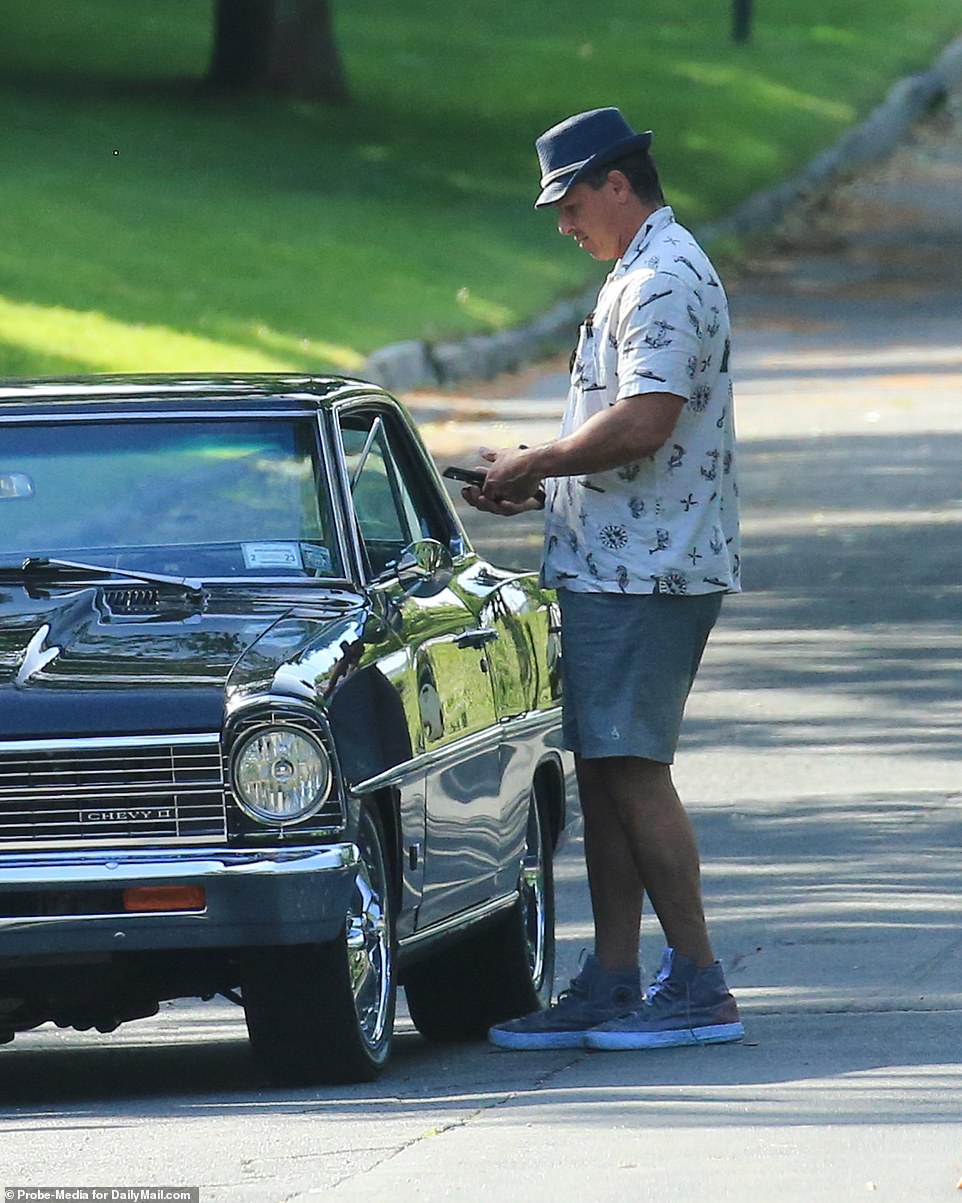 Cuomo, a father-of-three, has a close friendship with Lemon, which is often showcased when the two appear on air together. 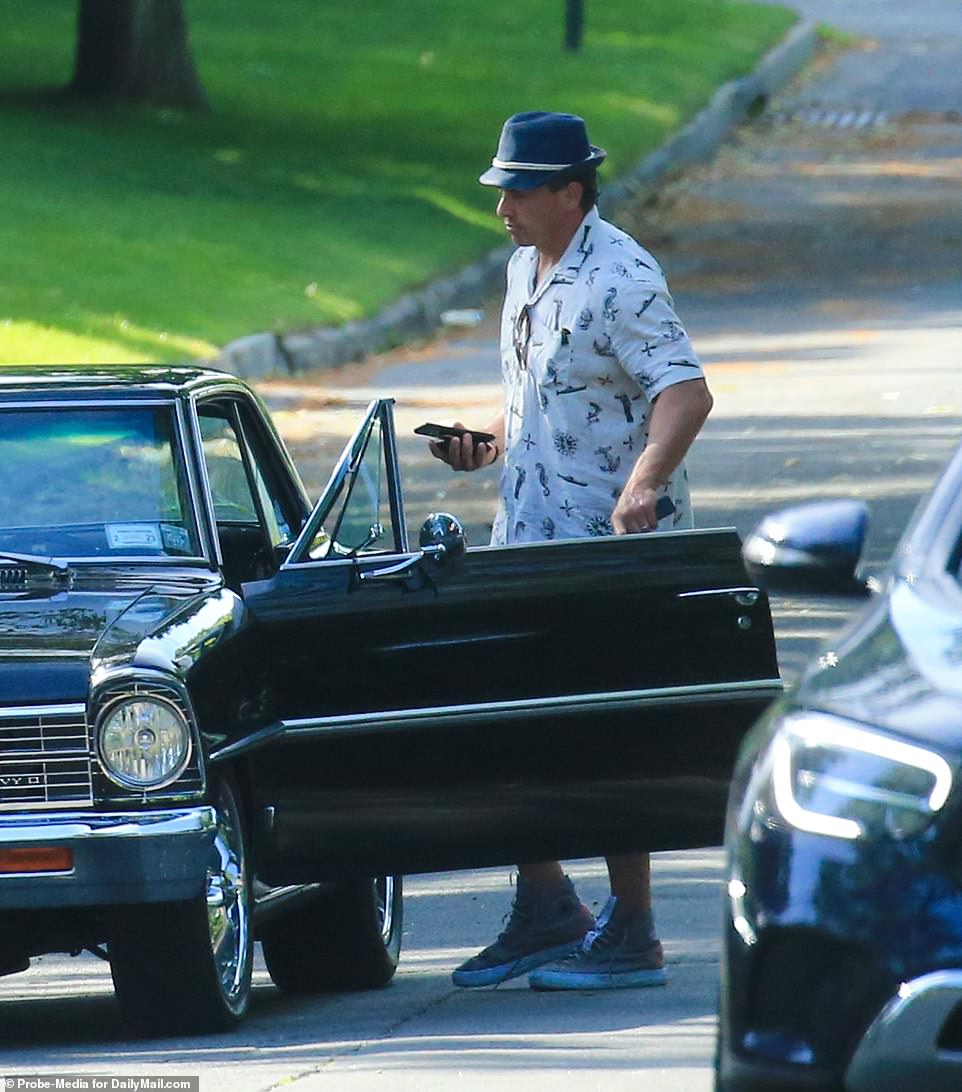 Cuomo, 50, decided against rainbow attire and instead opted for a nautical themed button up shirt, gray shorts, sneakers, and a navy blue fedora. 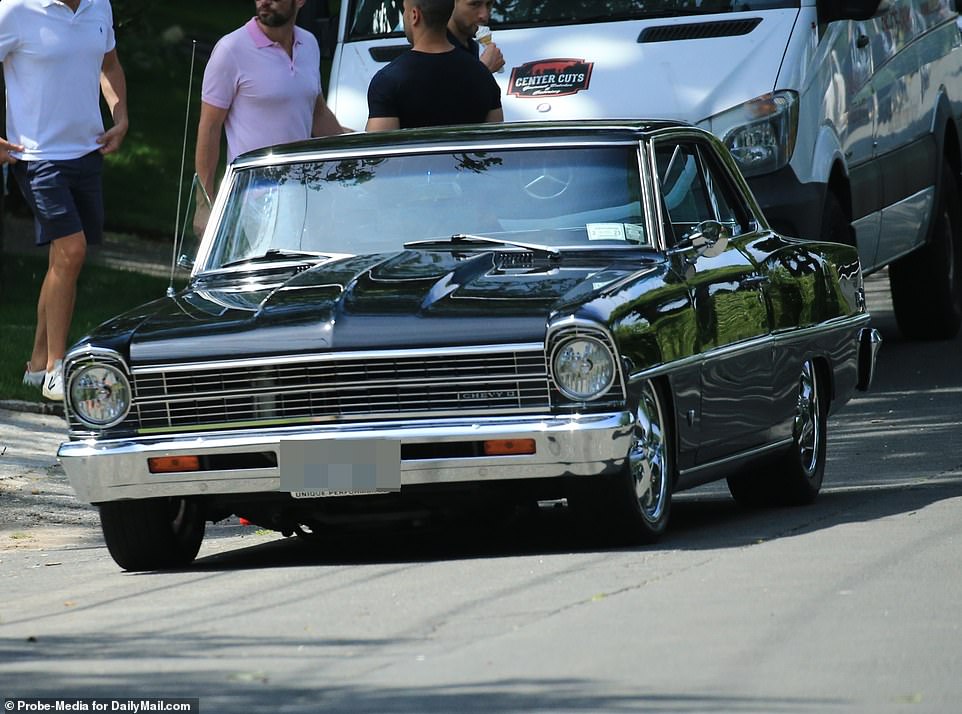 Just like his best friend Lemon, Cuomo has an affinity for vintage cars. His sleek, black classic Chevy was parked outside the home. 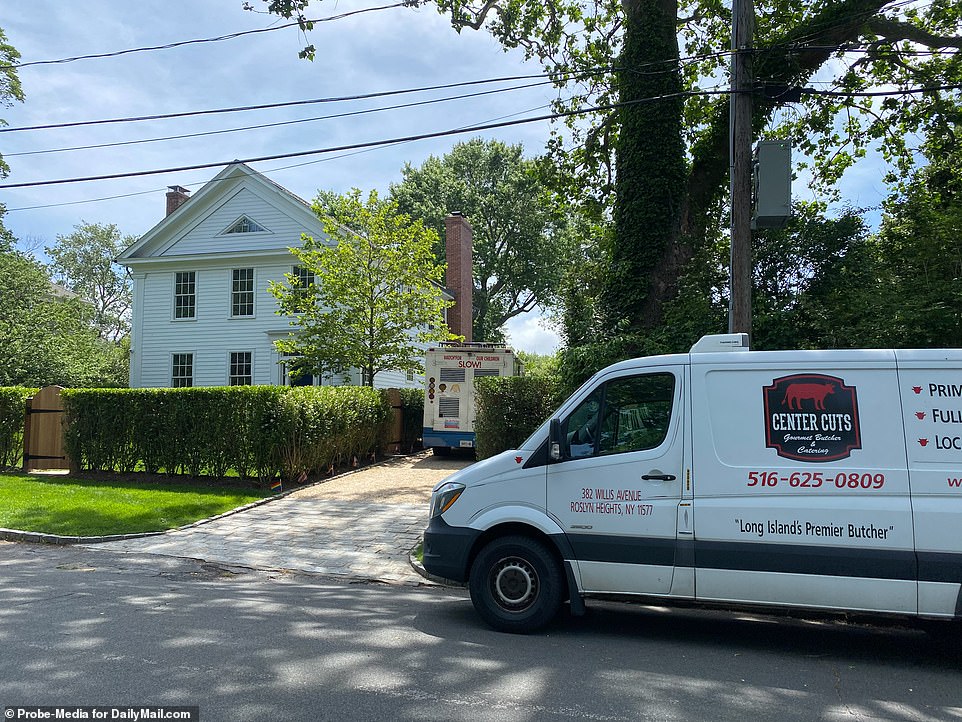 Lemon, who lives in the four-story cottage with his fiancé, even hired a Mister Softee ice cream truck (pictured in the driveway) for his guests. He also treated them to high quality meats from gourmet butcher, Center Cuts. 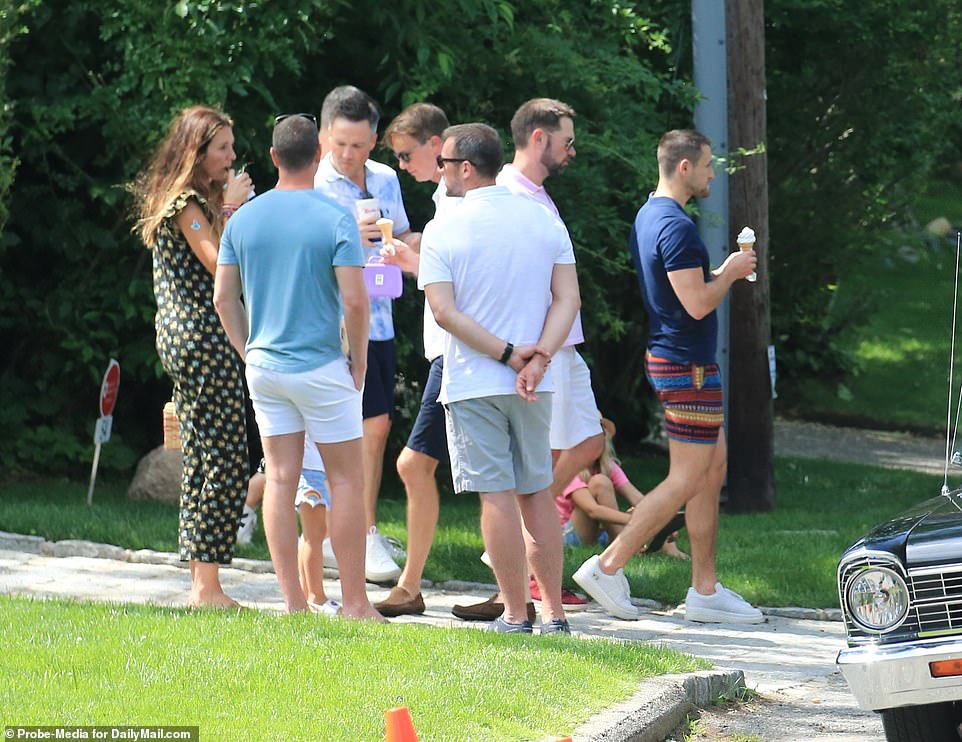 Refreshing: Friends of the CNN presenter were seen helping themselves to ice cream and milkshakes on the front yard. 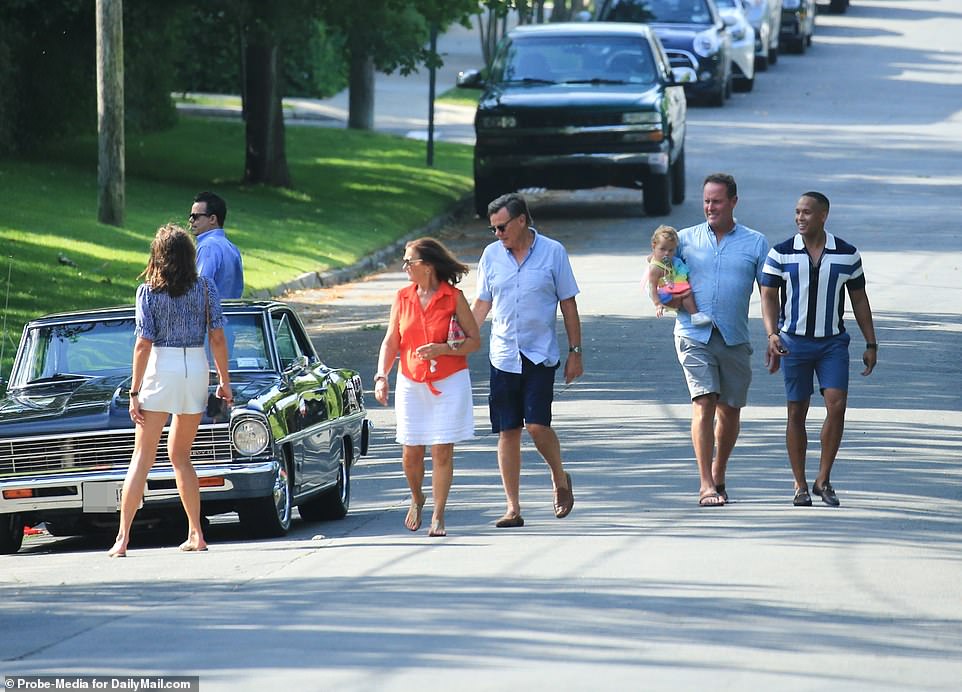 While New Yorkers marked the occasion at the Pride parade in Manhattan, Lemon hosted guests at his home in the leafy Hamptons neighborhood. 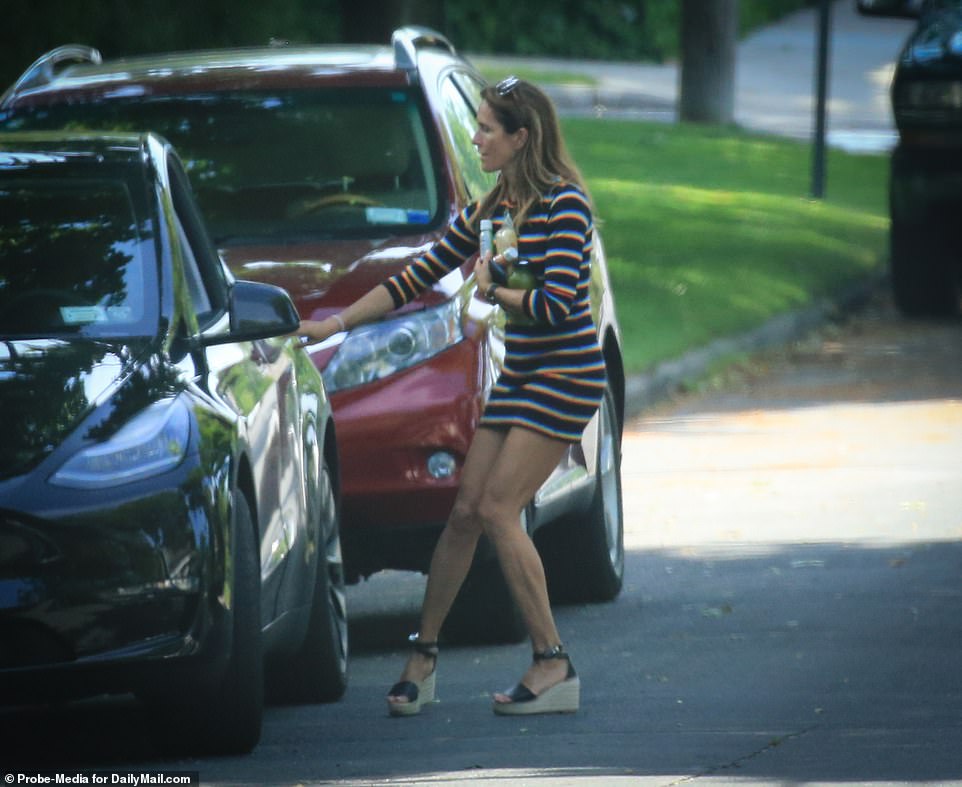 Cuomo and his wife, Cristina, appear to have different styles when it comes to driving, with his spouse opting to take her Tesla to the party instead. 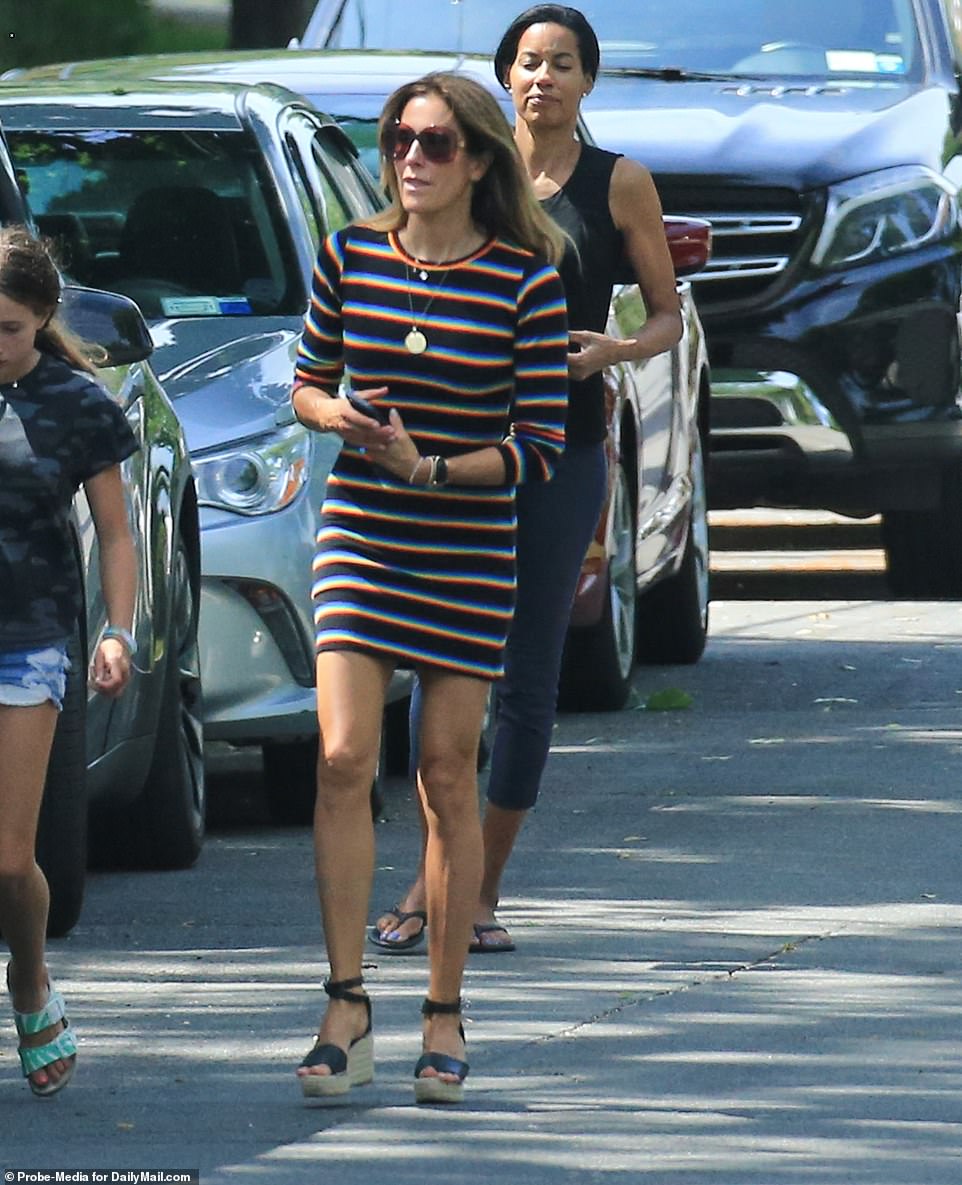 The 48-year-old mom showed her LGBTQ support by wearing a black bodycon dress with rainbow stripes and black espadrille wedges. 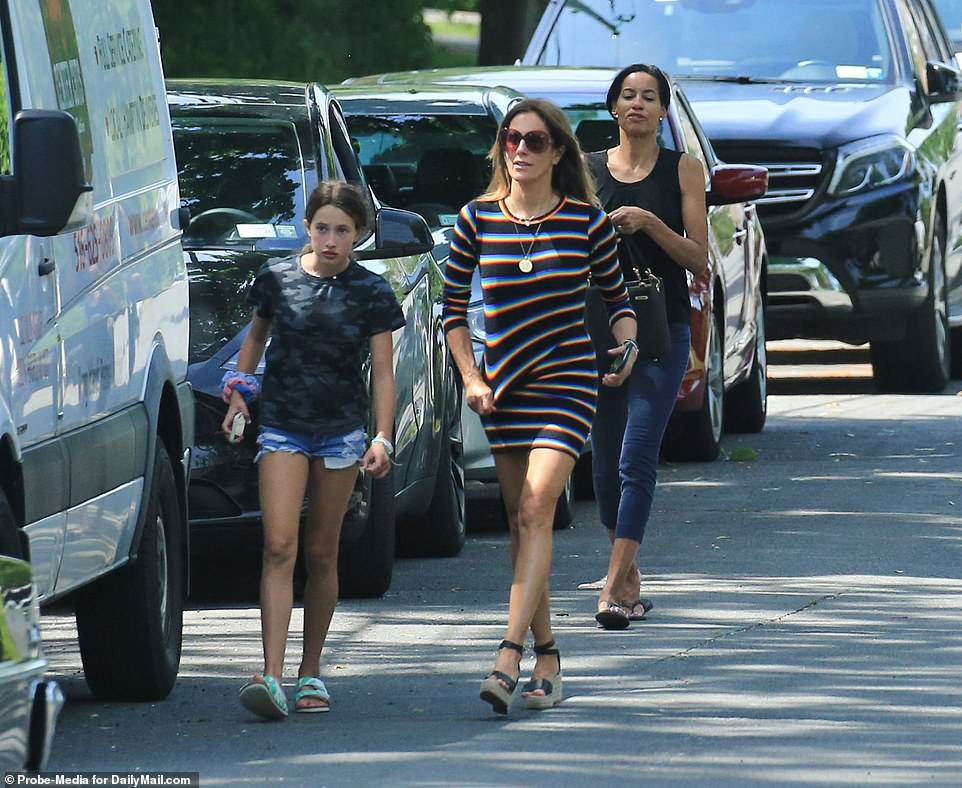 The couple’s youngest daughter was seen walking alongside her mom as they arrived for the festivities. 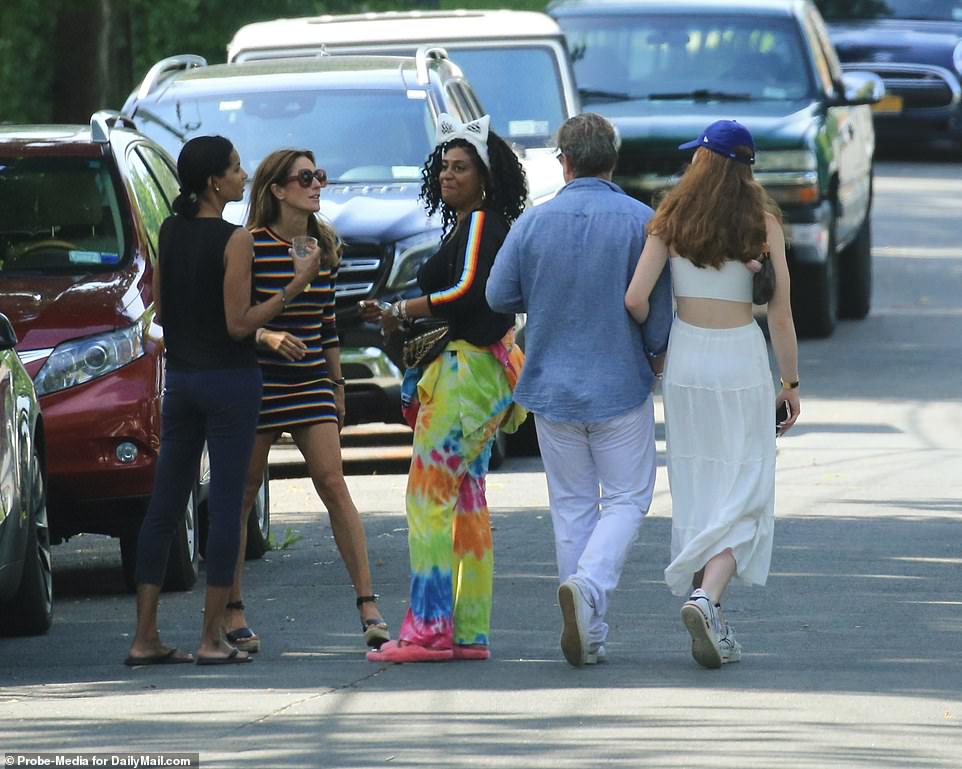 While some guests stuck to the rainbow theme, others were more dressed down and casual, opting for classic linens and button up shirts. 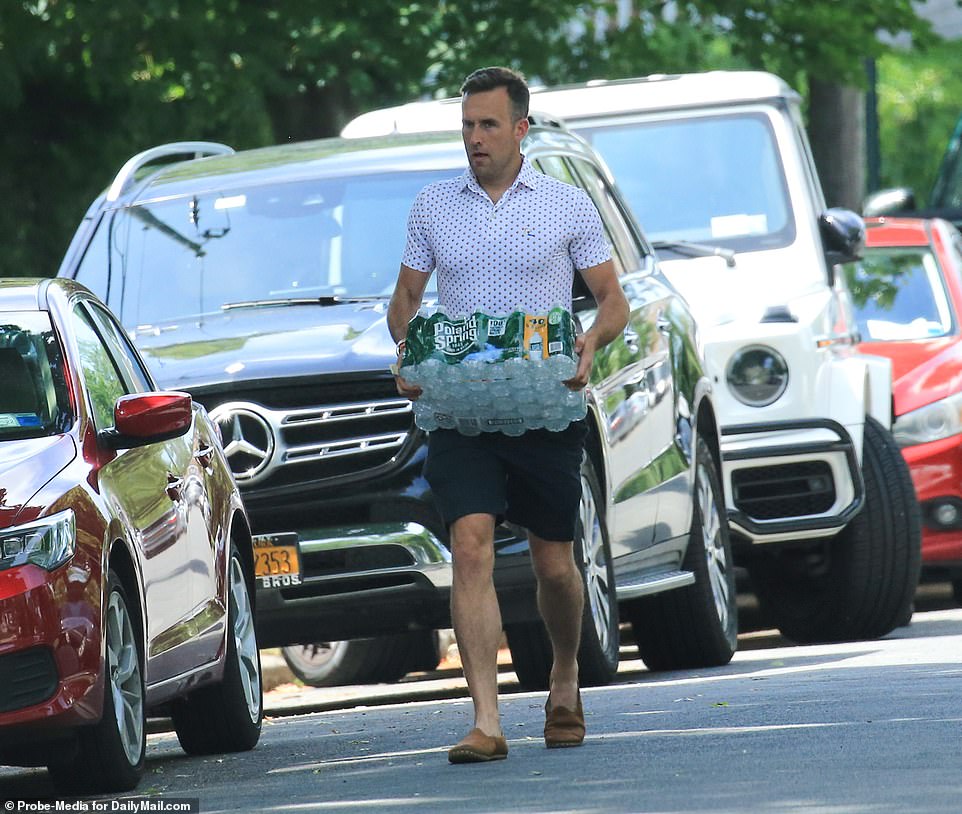 Good hosts: At one point, Malone was seen making a run to the grocery store to stock up on more bottled water for the party. 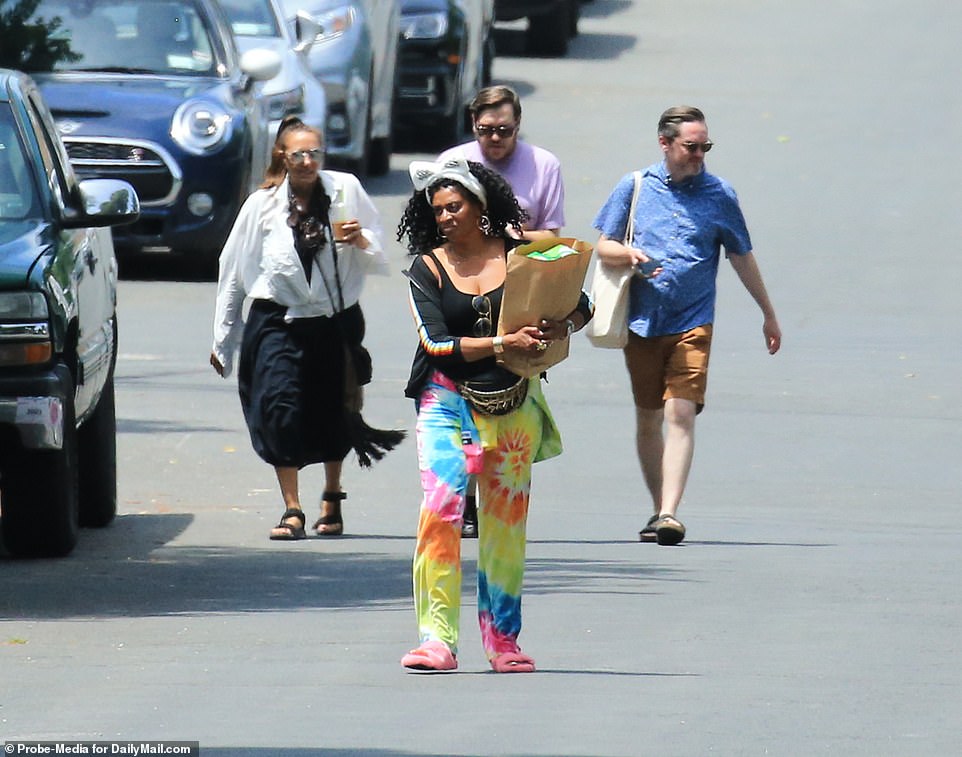 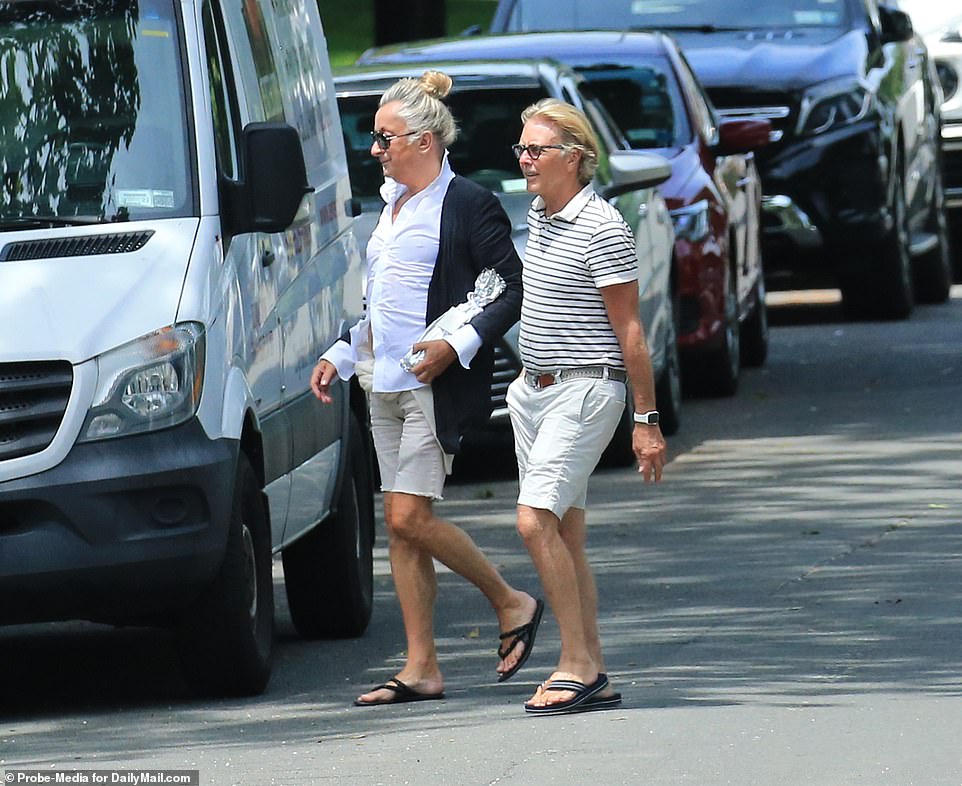 Pictured: Two guests, including one holding what appears to be a bottle of wine, arrive at the home on Sunday afternoon. 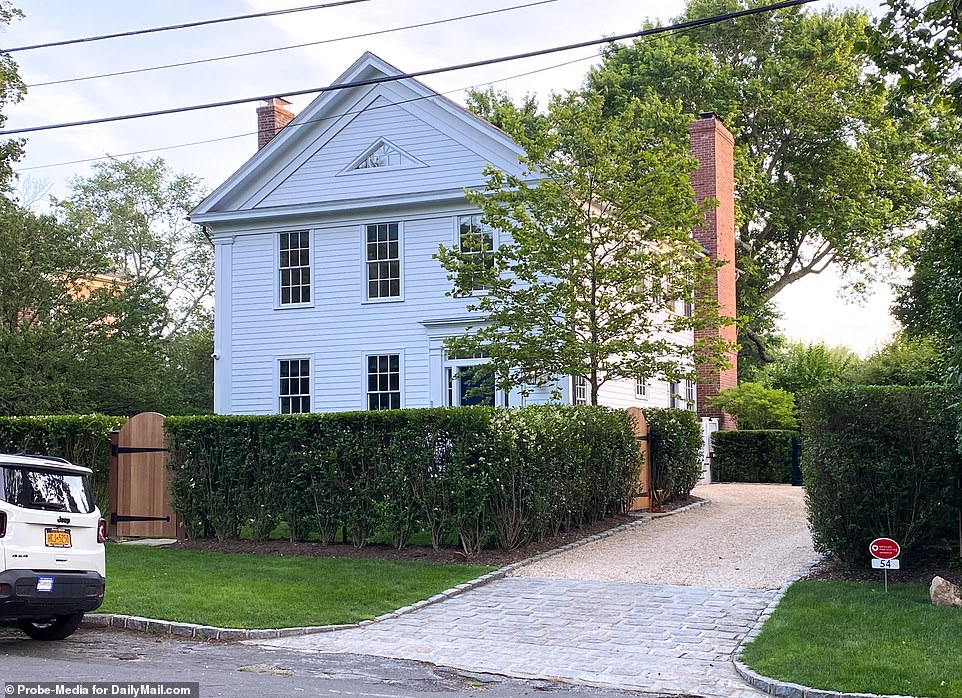 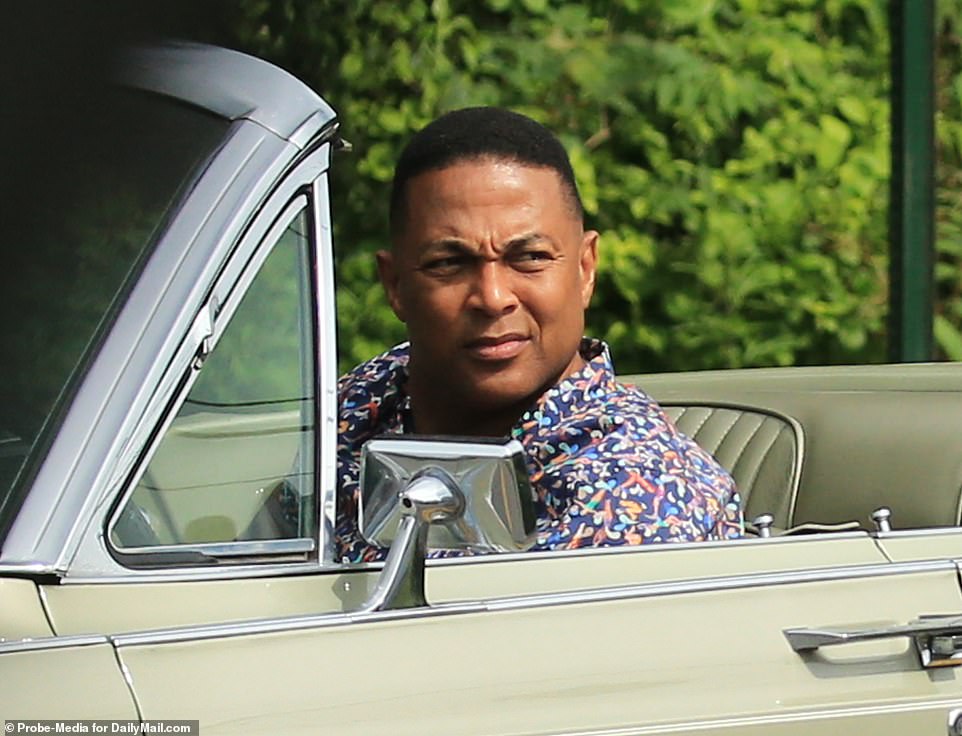 On Saturday, Lemon and his fiancé were spotted driving around the neighborhood in his vintage Lincoln Continental convertible. 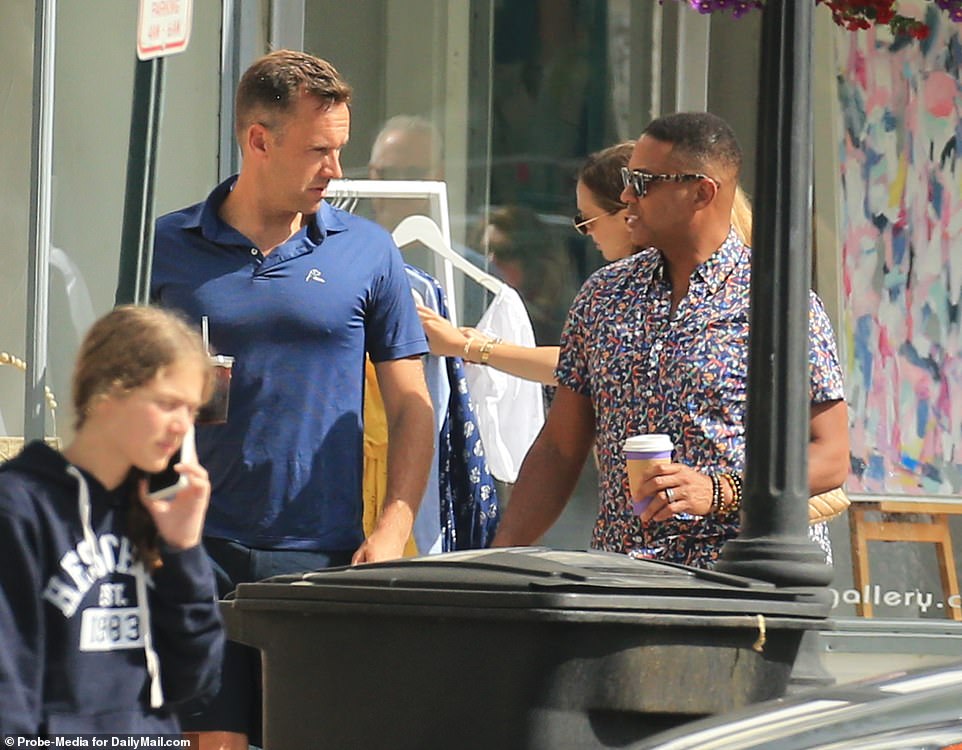 The two were seen heading into Sag Harbor and getting refreshments at Sylvester & Co Cafe. 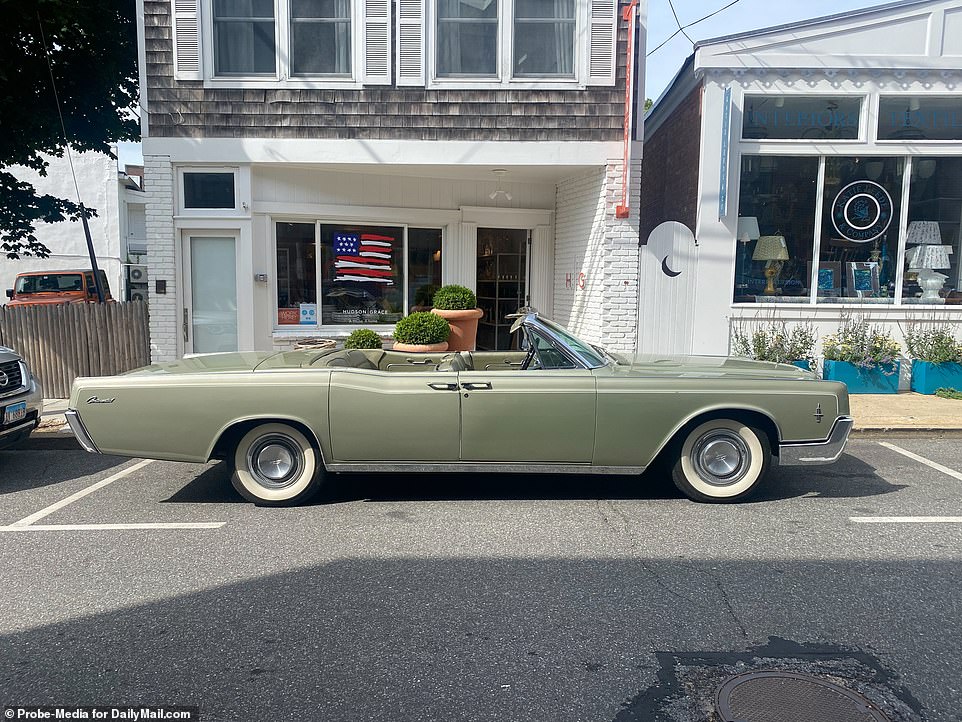 Lemon appears to share a love for vintage cars like his best friend Chris Cuomo. He and Malone stopped for a coffee before getting back into the beautiful classic and going home. 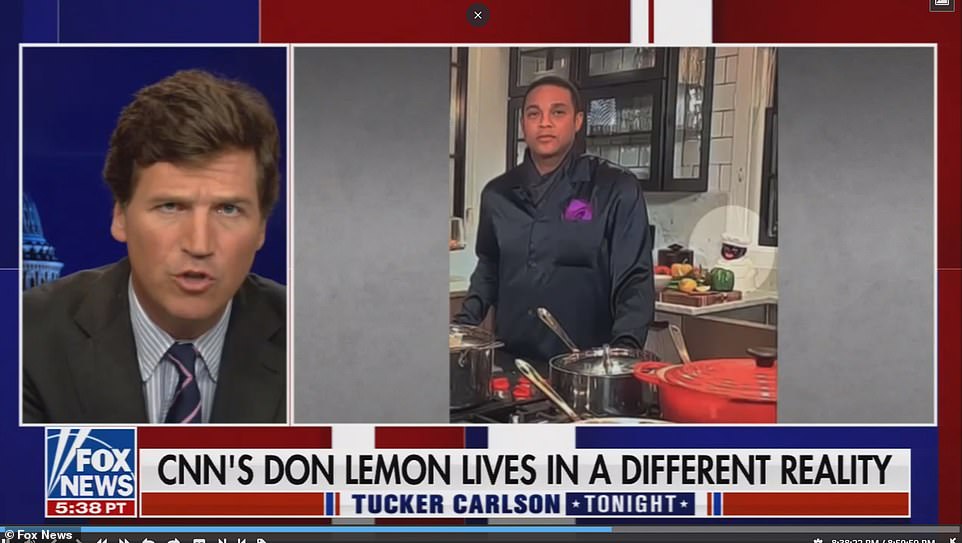 Fox News host Tucker Carlson hit out on Don Lemon Monday evening, saying his lifestyle, and in particular, a chef cookie jar in black face, indicated the CNN host’s hypocrisy after recent comments he made about racism in America. Carlson said the 55-year-old’s lifestyle indicated a loose commitment to diversity. ‘He lectures America about diversity. What he did not tell The Washington Post is that in his free time he runs away from diversity. His reality is that he doesn’t like diversity at all. None of them do.’ 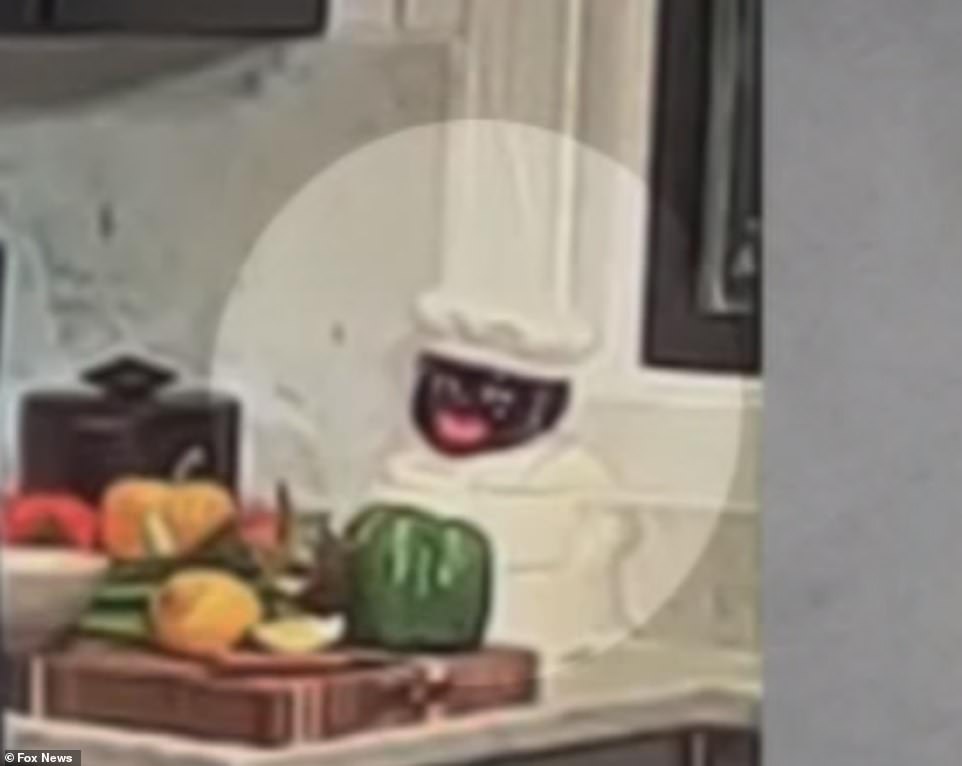 Lemon’s black face cookie jar was spotted in the background of a snap taken in his Sag Harbor home. 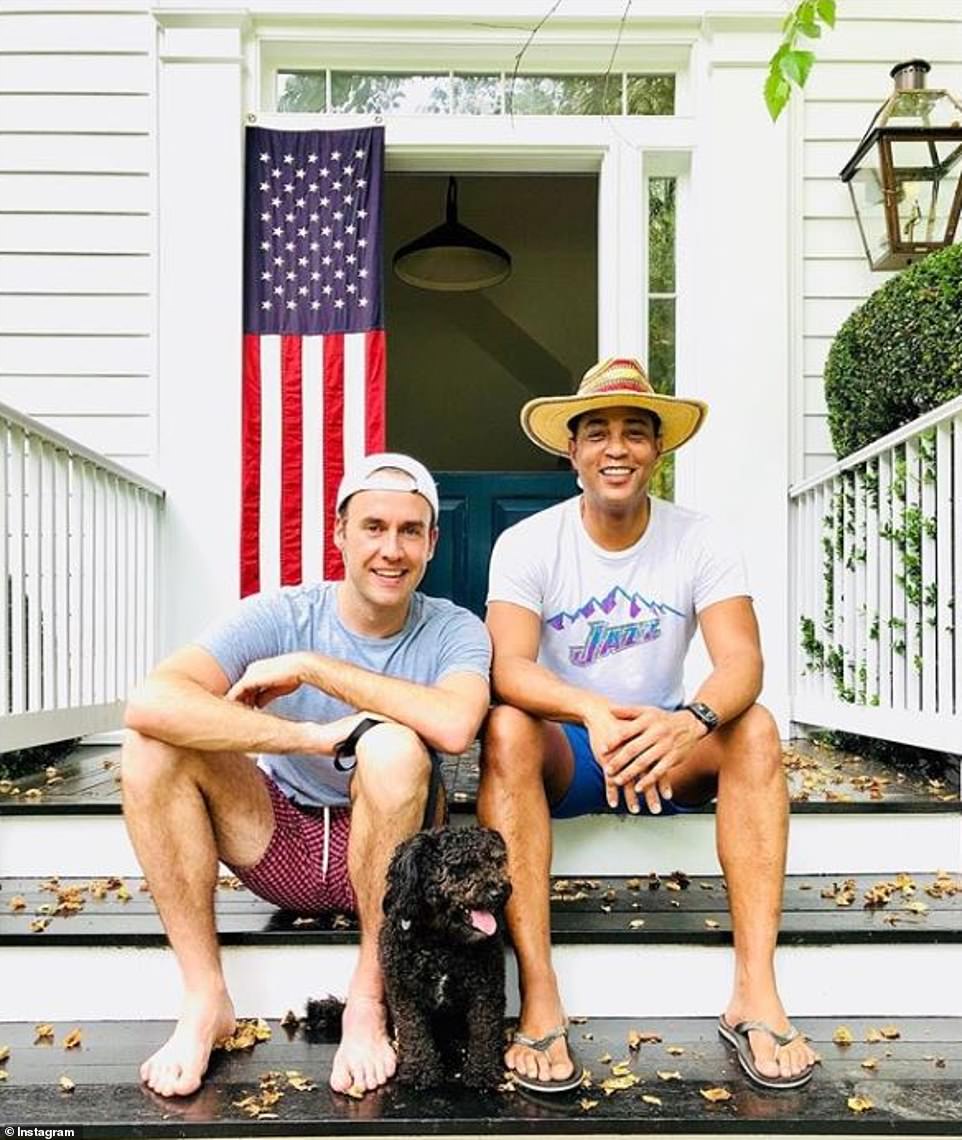 Lemon, who got engaged with Malone in 2019, has been splitting his time between the city and the Hamptons after purchasing the 2,750-square-foot four-bedroom cottage in 2016 for $3.1 million. Pictured: Lemon and Malone on the steps of their Hamptons home.