President Donald Trump has demoted his campaign manager Brad Parscale, just four months before the election and as the president falls behind in the polls.

Parscale will be replaced by Bill Stepien, deputy campaign manager and a veteran Republican political operative, Trump announced on Twitter on Wednesday evening.

Trump and Parscale’s relationship had been strained since a Tulsa, Oklahoma, rally that drew a dismal crowd last month, infuriating the president.

Parscale will continue working on the campaign as senior adviser for data and digital operations. 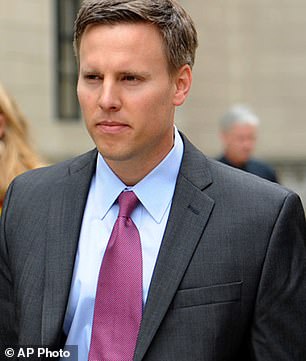 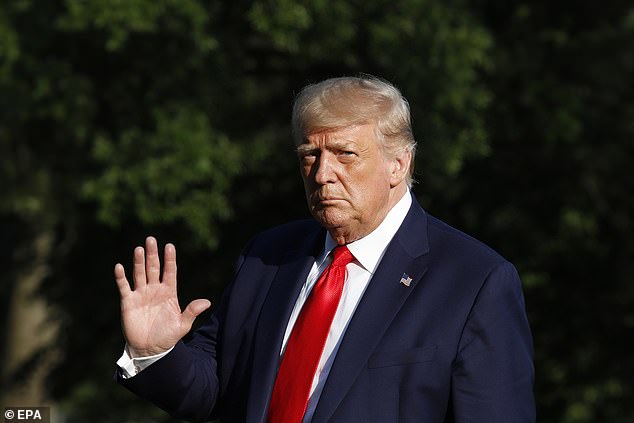 Trump and Parscale’s relationship had been strained since a Tulsa, Oklahoma, rally that drew a dismal crowd last month, infuriating the president

‘I am pleased to announce that Bill Stepien has been promoted to the role of Trump Campaign Manager. Brad Parscale, who has been with me for a very long time and has led our tremendous digital and data strategies, will remain in that role, while being a Senior Advisor to the campaign,’ Trump tweeted from the White House.

‘Both were heavily involved in our historic 2016 win, and I look forward to having a big and very important second win together,’ he continued.

‘This one should be a lot easier as our poll numbers are rising fast, the economy is getting better, vaccines and therapeutics will soon be on the way, and Americans want safe streets and communities!’

‘Brad and Bill were both unsung heroes of the 2016 campaign and have done a great job building the infrastructure for the president’s campaign for the 2020 race. Together they both bring unique strengths,’ Kushner told the Times.

Parscale, a political novice, ran Trump’s digital advertising in 2016 and was credited with helping bring about his surprise victory.

Stepien has been in politics for years, working for former New Jersey Governor Chris Christie and serving as Trump’s national field director in 2016. 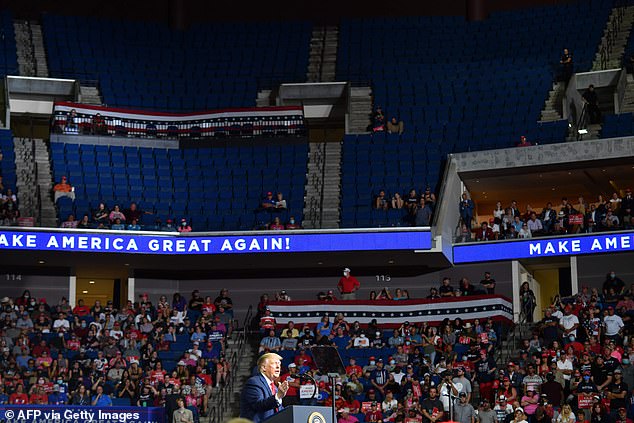 Trump was reportedly furious at Parscale after a rally in Tulsa on June 20 was sparsely attended, with the upper deck mostly empty after the campaign boasted of ticket requests 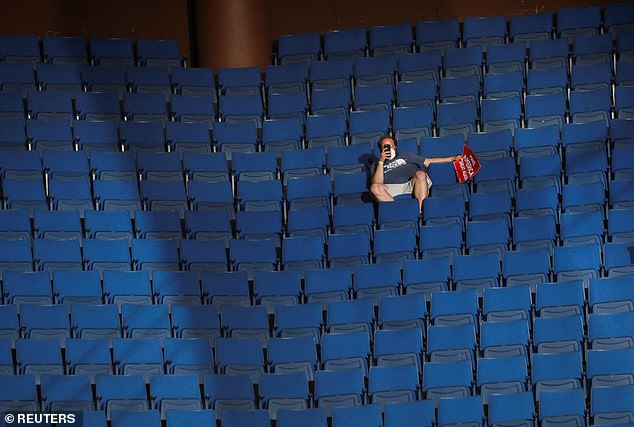 A supporter of U.S. President Donald Trump shoots a video with his mobile phone from the sparsely filled upper decks of the BOK Center in Tulsa, Oklahoma on June 20

It comes the same day Trump was hit with polling news across the board Wednesday, with a series of polls showing Joe Biden holding leads in critical states while voters register the dominant view that the country is on the wrong track.

For a Trump campaign struggling to regain its footing by trying to find a way to hold public events amid the pandemic, there was troubling news in states the Democrat is trying to snatch away from the president.

Nationally, Biden led Trump in each of five polls released Wednesday, with margins running as high as 15 points.

Taken together, the five national polls released Wednesday gave Biden a lead of 9.6 percentage points over the incumbent.

In a key battleground where part of the Republican convention will be held, a CNBC poll had Biden up 47 to 46 in North Carolina.

In Florida, where Trump moved his residence from New York and where he plans to accept the party nomination, Biden was up 50 to 43 in a CNBC / Change Research poll. Trump has said he may have to move the convention outdoors in light of the surge in coronavirus infections in the state.

Midwest battlegrounds that Biden hopes to pry from Trump are all leaning his way in the new surveys.

In Pennsylvania, Biden was up 50 to 42, while in both Michigan and Wisconsin, he was leading 48 to 42 –  all in CNBC / Change Research polls. 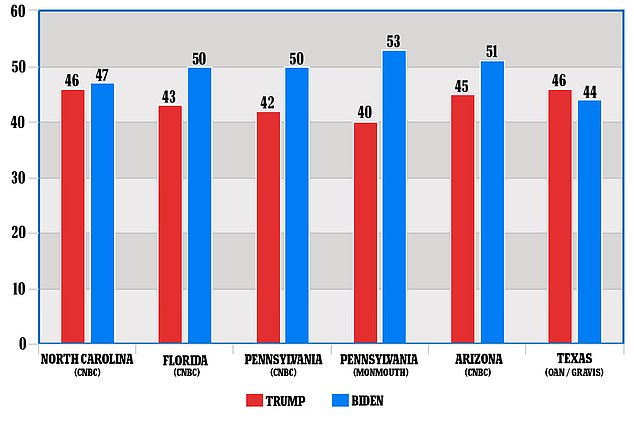 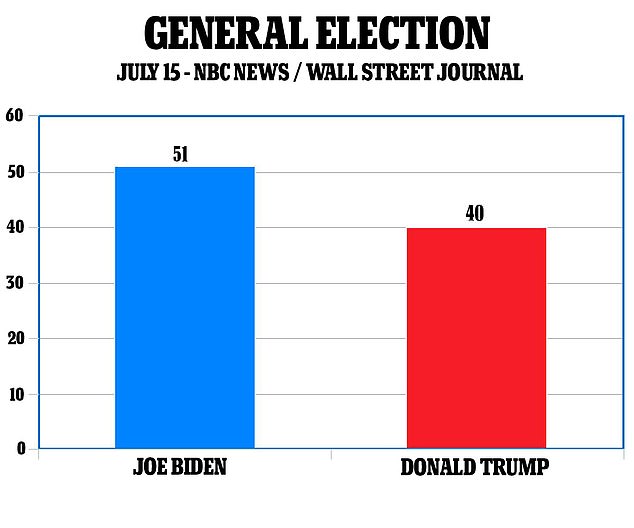 A Monmouth poll had the spread even bigger in Pennsylvania, with Biden holding a 53 to 40 lead.

Biden’s lead was 51 to 45 in Arizona – another key state. Trump carried Arizona by less than 2 percentage points over Hillary Clinton in 2016.

A stunning 7 in 10 voters said the country is on the ‘wrong track.’ It had Trump’s approval rating underwater, with 42 per cent approval and 56 per cent disapproval.

Only in Texas did Trump hold a lead, with a a 46 to 44 lead in a Republican-leaning state.