Donald Trump doubles down on BANNING Dr. Fauci from testifying to the House on coronavirus

Donald Trump doubles down on BANNING Dr. Fauci from testifying to the House on coronavirus saying Democrats are ‘Trump haters’ who want him ‘to be unsuccessful – which means deaths’

President Donald Trump said Tuesday he is refusing to let Dr. Anthony Fauci testify in the House because the Democratic-run chamber is comprised of ‘Trump-haters.’

He claimed Democrats ‘don’t want us to succeed’ in the fight against the coronavirus, and acknowledged the reason was not the one previously stated by the White House – that they were too busy battling the outbreak.

Asked by DailyMail.com why he wouldn’t let Dr. Fauci testify, Trump responded: ‘Because the House is a set up. The House is a bunch of Trump-haters. They put every Trump-hater on the committee. The same old stuff,’ he vented.

‘The House has put on a committee, an oversight committee with Maxine Waters and Maloney, and the same people. And it’s just a set-up. But Dr. Fauci will be testifying in front of the Senate and he looks forward to doing that,’ the president said, confirming a May 12 appearance before a GOP-run committee there.

He was referencing Democratic Reps. Maxine Waters and Carolyn Maloney, although the hearing where Fauci was invited to appear is chaired by Rep. Rosa DeLauro. Neither Waters nor Maloney sit on the committee, though both chair other powerful oversight panels – the Banking Committee and the Oversight Committee.

Donald Trump reasserted Tuesday that he will block Dr. Anthony Fauci from testifying before the House about coronavirus 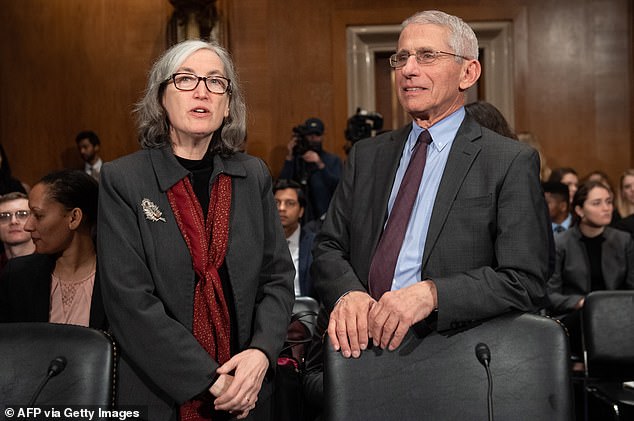 Facui (right) is the federal government’s top infectious disease expert and serves on the White House coronavirus task force, often appearing beside the president for briefings 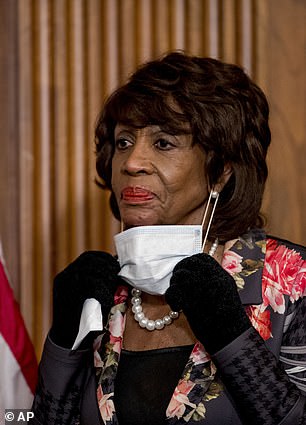 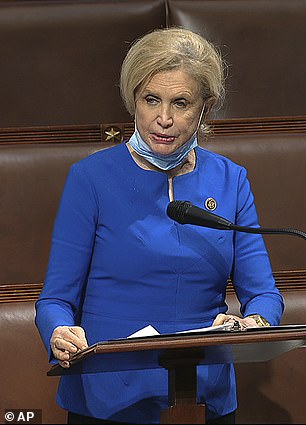 Trump called out Reps. Maxine Waters and Carolyn Maloney, who each chair powerful panels but would not be there for Fauci’s appearance

Fauci is the nation’s top infectious disease expert and has been a fixture on airwaves. But a House Appropriations subcommittee wants to hear from him as it conducts oversight, with more coronavirus legislation coming in addition to the $3 trillion Congress has already enacted.

Any future legislation would require support in both the House and the Senate.

The White House said last week Fauci was being blocked due to his busy schedule.

‘While the Trump Administration continues its whole-of-government response to COVID-19, including safely opening up America again and expediting vaccine development, it is counter-productive to have the very individuals involved in those efforts appearing at Congressional hearings,’ White House spokesman Judd Deere told DailyMail.com on Friday.

‘The Appropriations Committee sought Dr. Anthony Fauci as a witness at next week’s Labor-HHS-Education Subcommittee hearing on COVID-19 response. We have been informed by an administration official that the White House has blocked Dr. Fauci from testifying,’ House Appropriations panel spokesman Evan Hollander said in a statement Friday.

Trump repeatedly attacked House Democrats when asked about Fauci, claiming they did not want him to ‘succeed.’

‘Think of it. They do everything they can to make things as bad as possible. And right now the stock market’s way up. Everybody’s excited. They’re going back to work safely .. We’re opening up our country again. The whole world is excited watching us, because we’re leading the world,’ Trump said. Then he turned his fire on China. ‘What happened should never ever have happened. China should have informed us that they had a problem,’ Trump said.

Trump has repeatedly clashed with Democrats since they took the majority in 2018 over providing administration witnesses, including during impeachment and probes of his finances and other matters.