Microsoft, Amazon, Google and Apple have driven a bull market – together they account for about 17 percent of the S&P 500 and almost 70 percent of the NASDEX gain this year.

The four tech giants all have market caps larger than $1 trillion.

And the president has taken credit for the boom. A strong economy is central argument for his November re-election campaign.

‘The market is setting a record. We set another record today,’ Trump said in the Oval Office on Tuesday. ‘It will be the 144th time in a three-year period that I’m President.’ 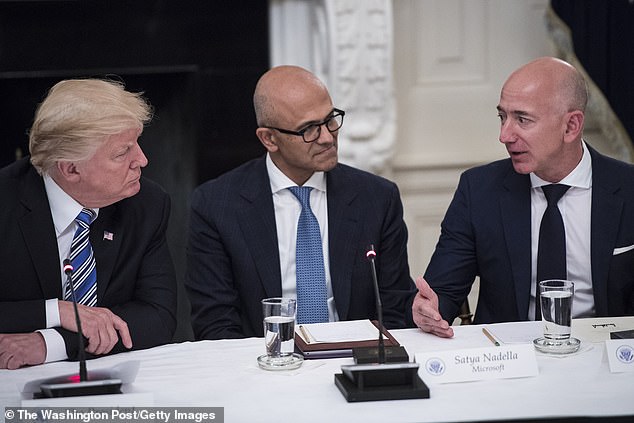 Trump has been critical of Amazon founder Jeff Bezos, seen together with Microsoft CEO Satya Nadella at a June 2017 meeting at the White House 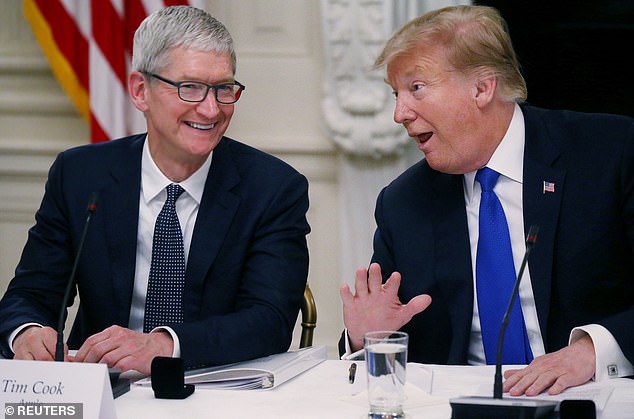 He held up a sheet of paper showing how the first letters spelled out the initials of his campaign slogan: Make America Great Again.

The president, however, has a tense relationship with Amazon founder Jeff Bezos, who also owns The Washington Post.

Trump routinely criticizes the Post for its coverage of his administration and labels stories he doesn’t like ‘fake news.’

The president does have better relations with Apple CEO Tim Cook, who he has met with at the White House.

The four stocks – Amazon, Google parent Alphabet, along with Apple and Microsoft – accounted for two-thirds of the S&P 500’s gain so far in 2020, DataTrek Research said in a note on Monday. The index is up 4.4% year-to-date. 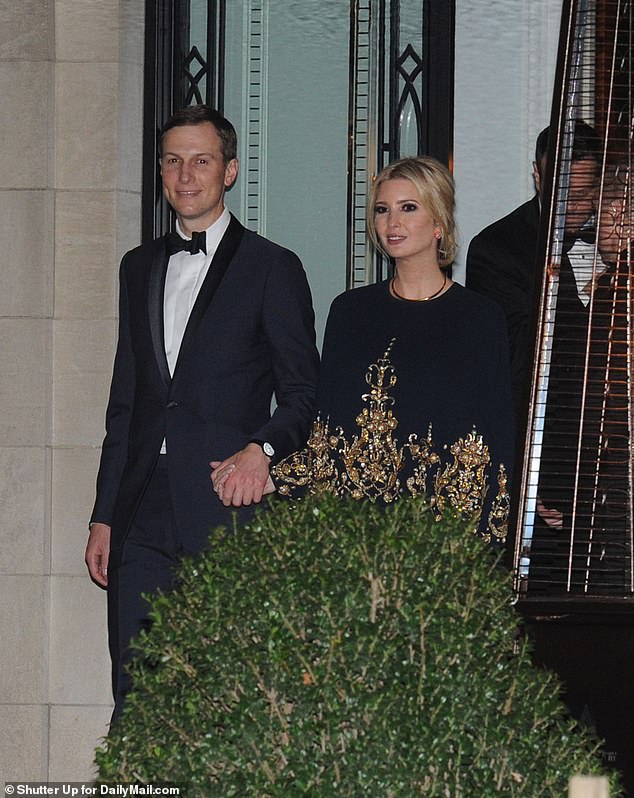 The risk, Hayes said, is ‘that at some point these stocks are no longer going to be propping up the market but instead weighing it down.’

‘And that would happen in the U.S. and then the U.S. would weigh down the global trend,’ Hayes said.