White House deputy press secretary Judd Deere shared an image of the pair smiling on the green while Trump gave a thumbs up.

Both Trump and Favre were pictured standing together without face masks, despite the president’s about-turn earlier this week that they were needed to beat the spread of coronavirus.

It was Trump’s 10th trip to one of his golf courses in the past 29 days, as he makes the most of the warmer weather.

According to The Guardian, the president had traveled to the Trump National Golf Club in New Jersey to attend a fundraising event at the club on Saturday night.

It was hosted by America First Action, a Super PAC which has spent over $540,000 to host events at Trump’s Washington D.C. hotel.

The Super PAC is the top source of campaign revenues for the hotel and the family’s business.

Favre is a three-time NFL MVP who spent most of his career with the Packers, where he played for 17 seasons.

The football star then moved on to the New York Jet and Minnesota Vikings, before retiring in 2010.

At the time, he was the NFL’s all-time leader in passing yards, passing touchdowns and quarterback wins.

He was inducted to the Pro Football Hall of Fame in 2016.

Favre has previously shown his support for the Republican Party since the start of Trump’s presidency.

Although he has donated to Democratic candidates in the past, according to CBS News, he has appeared in ads endorsing Republican candidates. 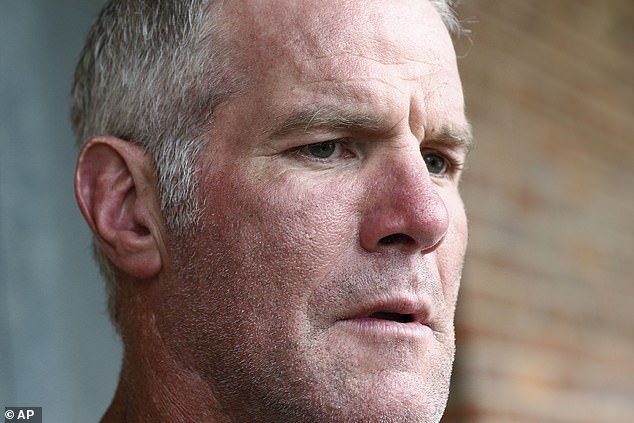 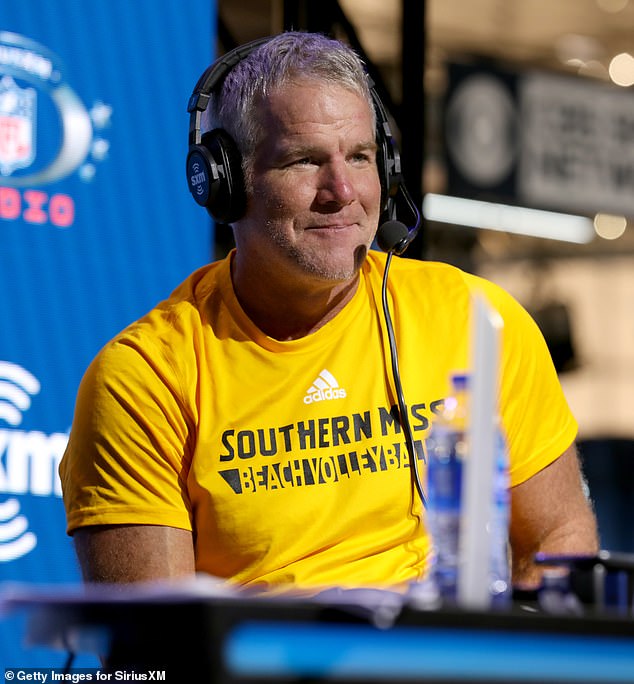 Favre retired in 2010 but has remained involved in the NFL. He is among the supporters of Colin Kaepernick who he says will be remembered as a hero

He also faced criticism in 2018 after being tricked by white supremacists into making an anti-Semitic video on Cameo, Yahoo News reported.

There are some issues on which he would disagree with Trump, however.

Favre has praised Colin Kaepernick and his decision to kneel in protest during the national anthem before games and said that he will remembered as a hero.

He compared Kaepernick to Pat Tillman, the Arizona Cardinals star who was killed by friendly fire in 2004 after leaving he NFL team to join the military.

Trump on the other hand has been Kaepernick’s loudest critic.

This is not the first major sports star Trump has teed off with.

He has also enjoyed a round with a few Washington Nationals players, including Patrick Corbin, Ryan Zimmerman, Trea Turner, Daniel Hudson and catcher Kurt Suzuki, according to the New York Post. 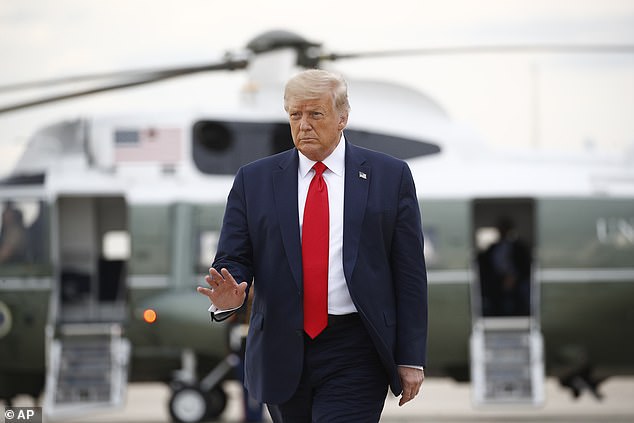 They played on a Florida course just before the MLB canceled Spring Training due to the coronavirus pandemic in March.

Others include golfer Rory McIlroy, who faced backlash for his decision to play with Trump shortly after his inauguration.

McIlroy said he wouldn’t play with him again and recently criticized the president’s handling of the coronavirus pandemic.

According to Golf Digest, Trump may be the best golfer to have ever sat in the Oval Office and has a ‘low single-digit handicap’.

However in the 2019 book ‘Commander in Cheat: How Golf Explains Trump’ by former Sports Illustrated columnist Rick Reilly, he was also described as ‘the world’s worst cheat at golf’.