President Donald Trump left Washington behind him with family in tow as he got an early start on Thanksgiving, with an evening rally planned in his adoptive home state of Florida.

Trump was accompanied by his 13-year-old son, Barron, who continues to stand tall alongside his 6-foot-3 father. He was also accompanied by First Lady Melania Trump, who joined the president at public events for the pardoning of Thanksgiving turkeys Bread and Butter, after joining a ceremony for hero Army dog Conan on Monday.

This time, it was off to Florida, for a political rally that the Trump campaign is billing as a homecoming now that the president has given up his domicile in New York City and has registered to vote in the the Sunshine State, which has no state income tax.

First daughter Tiffany Trump, whose mom is Marla Maples, was spotted at the White House for a ceremony where Trump pardoned the national Thanksgiving turkeys Bread and Butter.

Viktor and Amalija Knavs, the parents of First Lady Melania Trump, who have become U.S. citizens, were also joining the troop en route to Thanksgiving festivities. 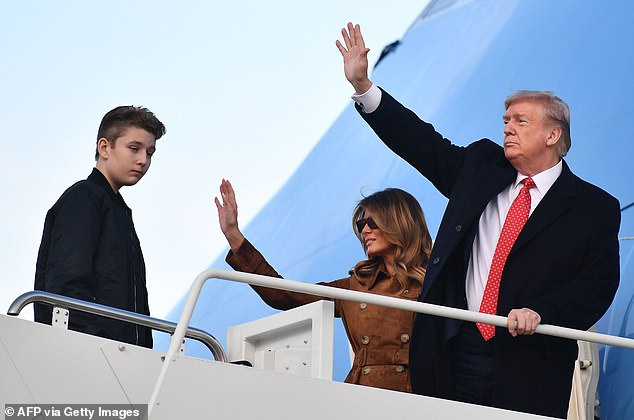 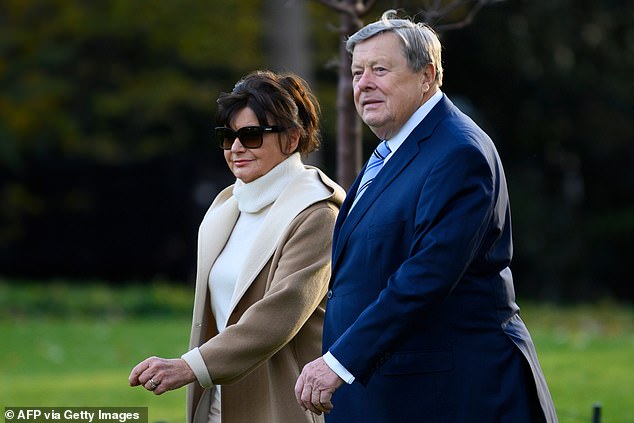 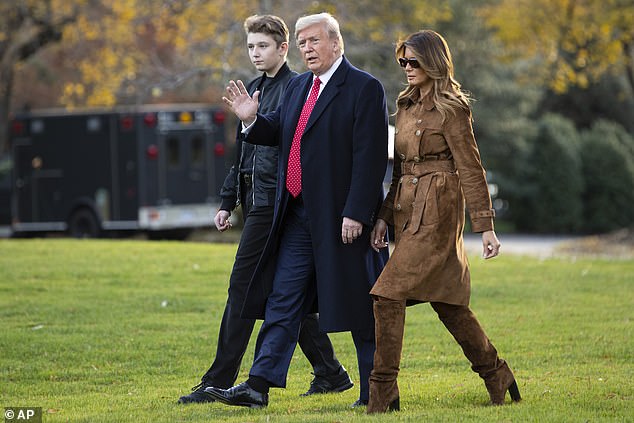 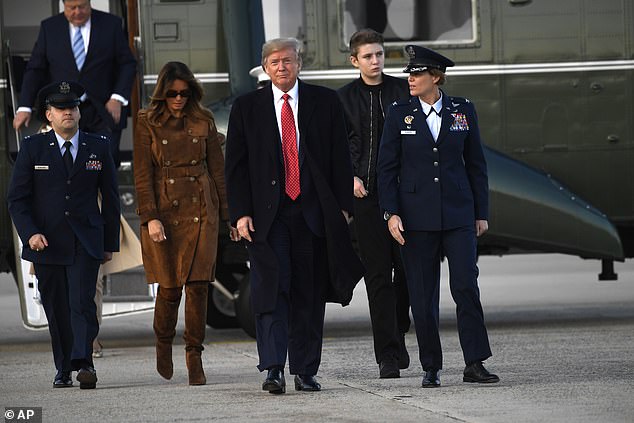 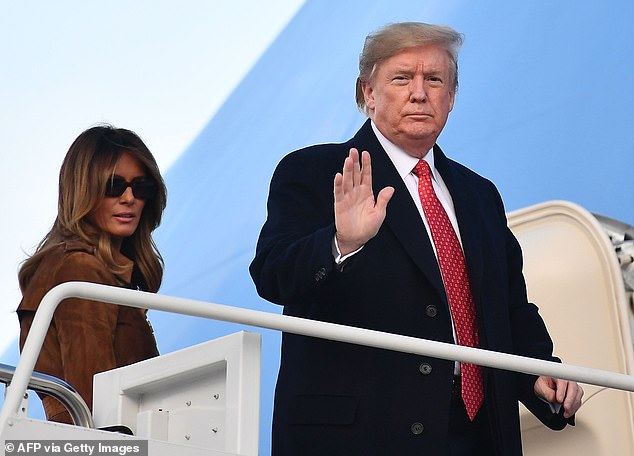 Trump is holding a campaign rally in Broward County, Florida, his adoptive state