The Silicon Valley fundraiser for President Donald Trump that was being kept under wraps by his campaign was being held at a 20-room mansion owned by a former Sun Mircosystems founder in one of the nation’s richest towns.

Guests were paying up to $100,000-per-couple to attend the fundraiser on the peninsula south of San Francisco overlooking Palo Alto.

The home hosting the event is owned by former Sun Microsystems CEO Scott McNealy and his wife, Susan.

With protesters looking to intrude on the president’s visit to California to get their own message out, the campaign kept the host and the location under wraps.

The Trump campaign did not respond to a request by DailyMail.com for information about it Tuesday morning.

According to the Wall Street Journal, guests at the high-dollar event are being told to gather in a Palo Alto parking area, where they will be transported to the closely-guarded event location.

President Donald Trump is in California for a multi-million fundraising blitz.

According to KPIX, the McNealy mansion has 20 bedrooms and sits on a 582,000 square foot hill overlooking Palo Alto.

After spending years helming Sun Microsystems, McNealy founded online education service Curriki, then founded Wayin, which bills itself as a digital advertising campaign platform. It was acquired by Cheetah Digital. He also signed on as an advisor and equity partner in the golf app 18Birdies.

The carefully arranged logistics point to both Trump’s unpopularity in left-leaning California as well as the irresistible pull of the state’s donors to his campaign.

Trump heads to Silicon Valley for his first trip to the Bay Area as president, after pushing through a deregulatory agenda, an immigration clampdown, and conservative justices that are at odds with the state’s trending politics.

His campaign, which has hauled in more than $210 million this year, is hoping to avoid a replay of Trump’s swing through the tony Hamptons, when a visit to the home of a SoulCycle investor led to a push to boycott the fitness company, which was forced to proclaim its independence from the fundraising effort.

The Trump campaignlisted its own officials, rather than the hosts, on its advance invitations

The president’s public schedule lists a ’roundtable’ with supporters as well as a joint fundraising committee luncheon, where he will speak.

The secrecy follows a boycott campaign that followed investor Stephen Ross’s decision to host a Trump funder in the Hamptons. The high-dollar event led public calls by SoulCycle members to walk away from the fitness cycling center due to Ross’s investment. The company said it was not involved in any way in the Trump funders.

The Trump name is anathema among many Bay Area names in big tech. The president’s most prominent backer in the community is Facebook investor Peter Thiel, who spoke at the 2016 Republican convention.

The Trump camp did not immediately respond to a request for information about who is hosting the president and where. 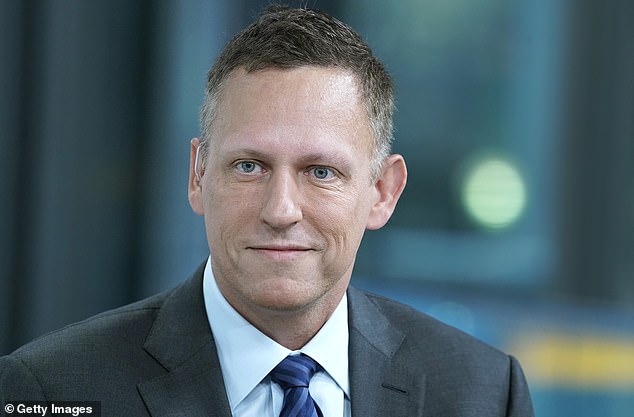 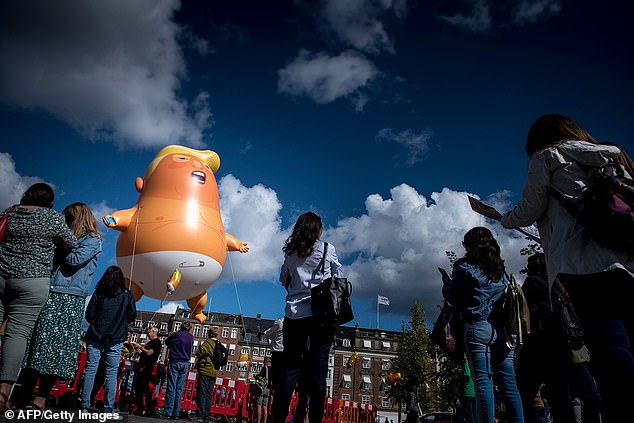 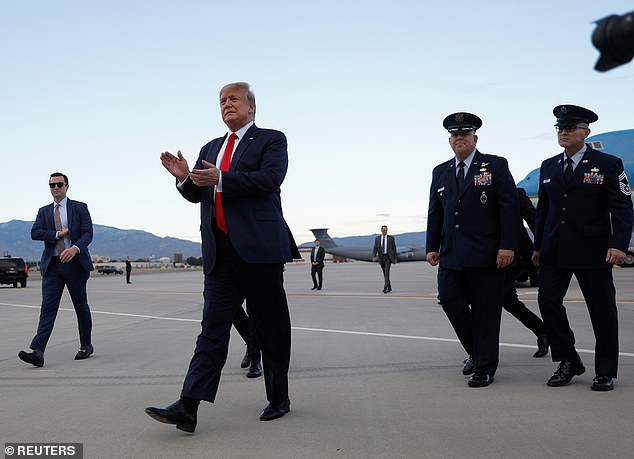 President Donald Trump arrives ahead of a campaign rally in Rio Rancho, New Mexico, U.S., September 16, 2019. On Tuesday he was scheduled to fly to San Francisco and Los Angeles for fundraising events 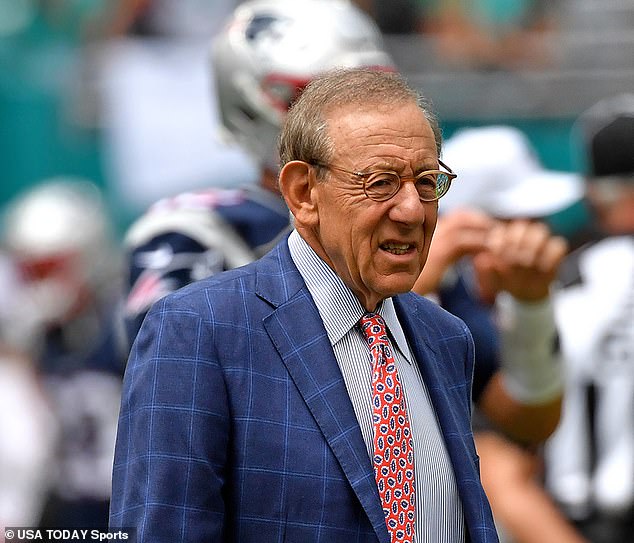 Even absent information on the exact details of the event, anti-Trump protesters are planning to launch a ‘Trump baby’ inflatable balloon, as well as a ‘Chicken Trump.’

A GOP official said the events were expected to haul in a total of $15 million, NBC reported. Trump also has events in Beverly Hills and San Diego.

The administration is also coordinating a push to take on homelessness in the liberal enclaves, and Housing and Urban Development Secretary Dr. Ben Carson is also heading there this week.

Trump has just a 33 per cent approval rating according to the Morning Consult state-by-state tracking poll.