Donald Trump hits out at ‘nasty’ Duchess of Sussex

‘I didn’t know she was nasty’: Trump is shocked to learn of Meghan Markle’s criticism and surprised to learn he will not meet her on UK state visit, but insists she is a ‘very good’ American princess

Donald Trump has slammed the Duchess of Sussex for ‘nasty’ comments she made about him in the past.

Meghan once referred to the president as ‘misogynistic’ and ‘divisive’ and Mr Trump has said in an interview that he ‘had no idea’ about the comments and was surprised by them.

Speaking ahead of his visit to the UK on Monday, Mr Trump also said he didn’t know she wouldn’t be meeting with him.

However, the president still praised the new mother, saying that she would make a ‘very good American Princess’ and that he hopes she would ‘succeed’.

Officially, Meghan will be missing the state visit because she is on maternity leave with baby Archie, however sources claim her absence is to avoid a potentially awkward clash with the US president.

Meghan was a vocal supporter of Hilary Clinton and during a 2016 interview, said that ‘you don’t want to live in the kind of world that he [Trump] is painting’.

However, he later added that he was glad to see her as part of the royal family, saying: ‘It is nice, and I am sure she will do excellently. She will be very good. I hope she does (succeed).’ 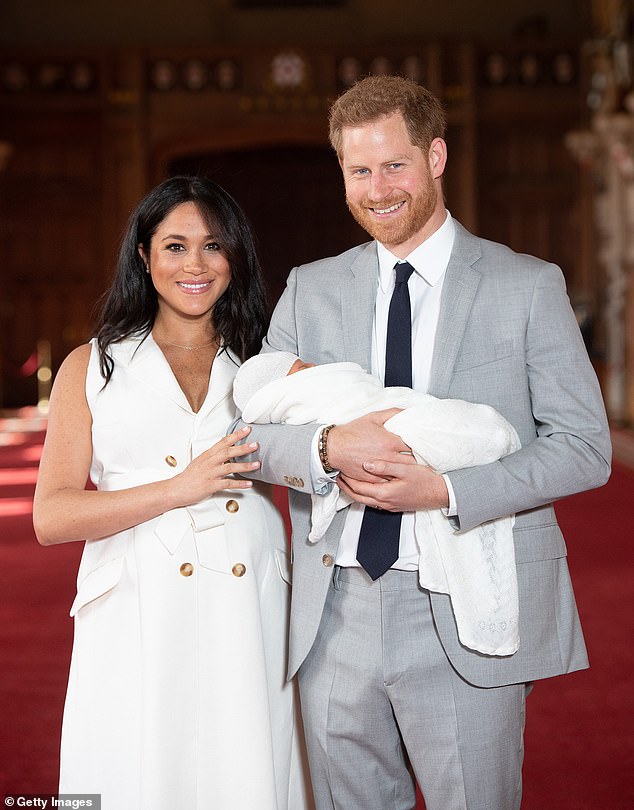 President Trump also revealed that he was looking forward to meeting the Queen, describing it as a great honour.

He added that he would be willing to discuss climate change with Prince Charles and defended his decision to pull the US out of the Paris climate change agreement last year.

Charles, Camilla, William, Kate, Harry and even Prince Andrew will spend time with the US President during his three-day visit.

A private lunch on Monday will see the Queen and Prince Harry meet the president, but the Duchess of Sussex will stay at home with baby Archie. 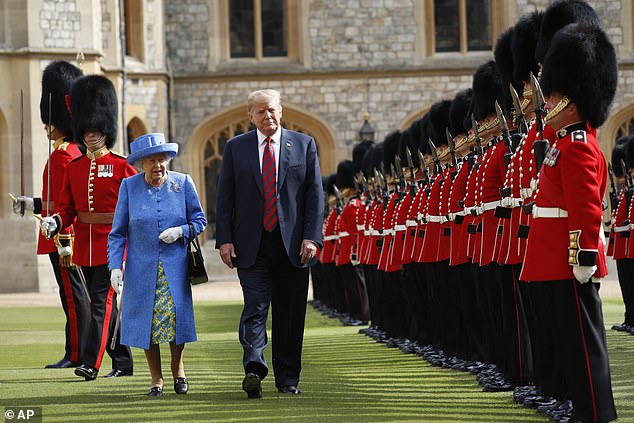 After this, Mr and Mrs Trump, accompanied by Prince Andrew, will visit Westminster Abbey, where the President will lay a wreath at the Grave of the Unknown Warrior.

They will then be taken on a short tour of the Abbey.

The day will continue with the President and First Lady joining The Prince of Wales and The Duchess of Cornwall for tea at Clarence House.

In the evening, The Queen will host a State Banquet at Buckingham Palace and both Her Majesty and the President will make speeches.

The following morning, the President and Theresa May will co-host a business breakfast meeting, attended by The Duke of York, at St James’s Palace, with senior UK and US business leaders.

Mr Trump is reportedly bringing his grown up children with him when he visits the UK – daughter Ivanka and her husband Jared Kushner, both advisers to the President, along with her siblings Tiffany Trump, Donald Trump Jr and Eric Trump.