The number of foreign tourists visiting the U.S. has slumped since Donald Trump took office, costing thousands of jobs and billions of pounds in lost spending.

Overseas visits dropped by 3.8 percent in the first three quarters of 2017 compared to the year before, with experts blaming everything from the President’s ‘Muslim ban’ and inflammatory rhetoric to a short-lived upturn in the price of the dollar.

The slump went against a 7 percent rise in international tourist arrivals worldwide and was most notable in visitor numbers from Mexico, which were down 7.5 percent to 12.5 million.

Overseas visits dropped by 3.8 percent in the first three quarters of 2017 compared to the year before, with experts blaming everything from Donald Trump’s (pic in Washington on March 22) ‘Muslim ban’ and inflammatory rhetoric to a short-lived upturn in the price of the dollar

Roger Dow, president and CEO of the U.S. Travel Association, blamed the ‘Trump effect’ for keeping visitors away.

‘We as an industry are huge on security but we think the message has to be America is closed to terrorists and wide open to everyone else who wants to come here,’ he told San Antonio Express News. ‘That second part hasn’t been articulated.’

Trump’s travel ban led to worldwide calls to boycott the U.S. as a travel destination and resulted in a worldwide 6.5 per cent drop in the number of airline bookings for travelers headed to the United States.

According to data provided by software apps which track flight searches and bookings on the internet, the number of travelers searching for deals to US destinations declined in the week after Trump’s controversial executive order on January 27.

Perhaps not surprisingly, tourism to the US from the seven countries that were listed in Trump’s travel ban – Syria, Sudan, Iraq, Iran, Libya, Yemen, and Somalia – dropped 80 percent after the ban was announced.

But others are keen to downplay Trump’s impact on the numbers, telling the Washington Post that although the decline in tourist visits accelerated in 2017, the downward trend started two years before. 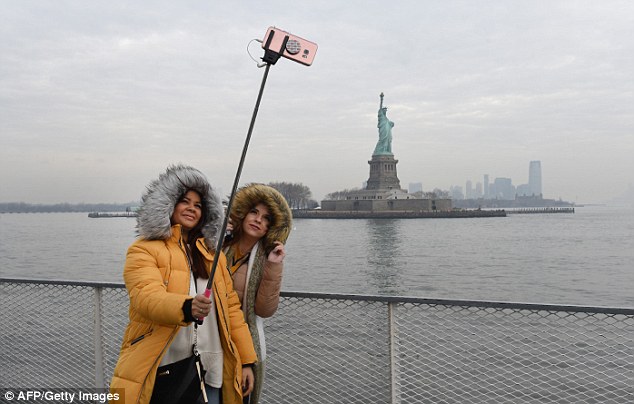 New York has slid down to tenth place in the list of the world’s most-visited cities, with Paris at the top and London second. It is still the most visited U.S. destination

They added that the strength of the American dollar in the first half of 2017 made the country less affordable for many visitors.

The slump is already having an impact on the $1.54 trillion-a-year tourism industry, costing 40,000 jobs and $4.6 billion in lost spending in November 2017 compared to the year before.

Overseas visits are down from every region of the world but one country has seen an upturn in numbers – Canada.

Overnight trips from America’s nearest neighbour were up by 4.8 percent to 20.2 million in 2017 following a three-year decline, with the weakened Canadian dollar against its U.S. counterpart a likely explanation.

TOURIST ARRIVALS TO THE U.S. IN THE FIRST NINE MONTHS OF 2017

**overseas includes all countries except Canada and Mexico 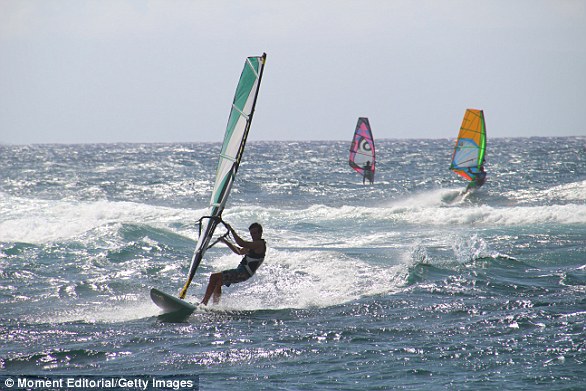