President Donald Trump kept up the annual tradition of pardoning a Thanksgiving turkey after buttering up a crowd at the White House and then firing shots at his political rivals – this time California Rep. Adam Schiff.

Trump bestowed a presidential pardon on Butter, a bird named at a Christian academy in swing state North Carolina, but not before pecking at the media and at Schiff, whose impeachment hearings last week infuriated the president.

He called Butter, and alternate bird Bread, ‘very handsome birds’ – steering away from any hint of gender after praising hero Army canine Conan in the same spot Monday, only to have the Pentagon said the pooch is a girl.

He said the birds were ‘calm under any condition.’

Also there were GOP reps. David Rouzer of North Carolina and Jason Smith of Missouri.

Trump said some have said he is ‘soft on Turkey’ – a reference to what critics said was a green light he gave to President Recep Erdogan to move against U.S. allied Kurdish forces in the country.

And he made a quip at administration officials he mocks as ‘Never Trumpers’ when he said to a bird, ‘Unlike previous witnesses, you and I have actually met.’ 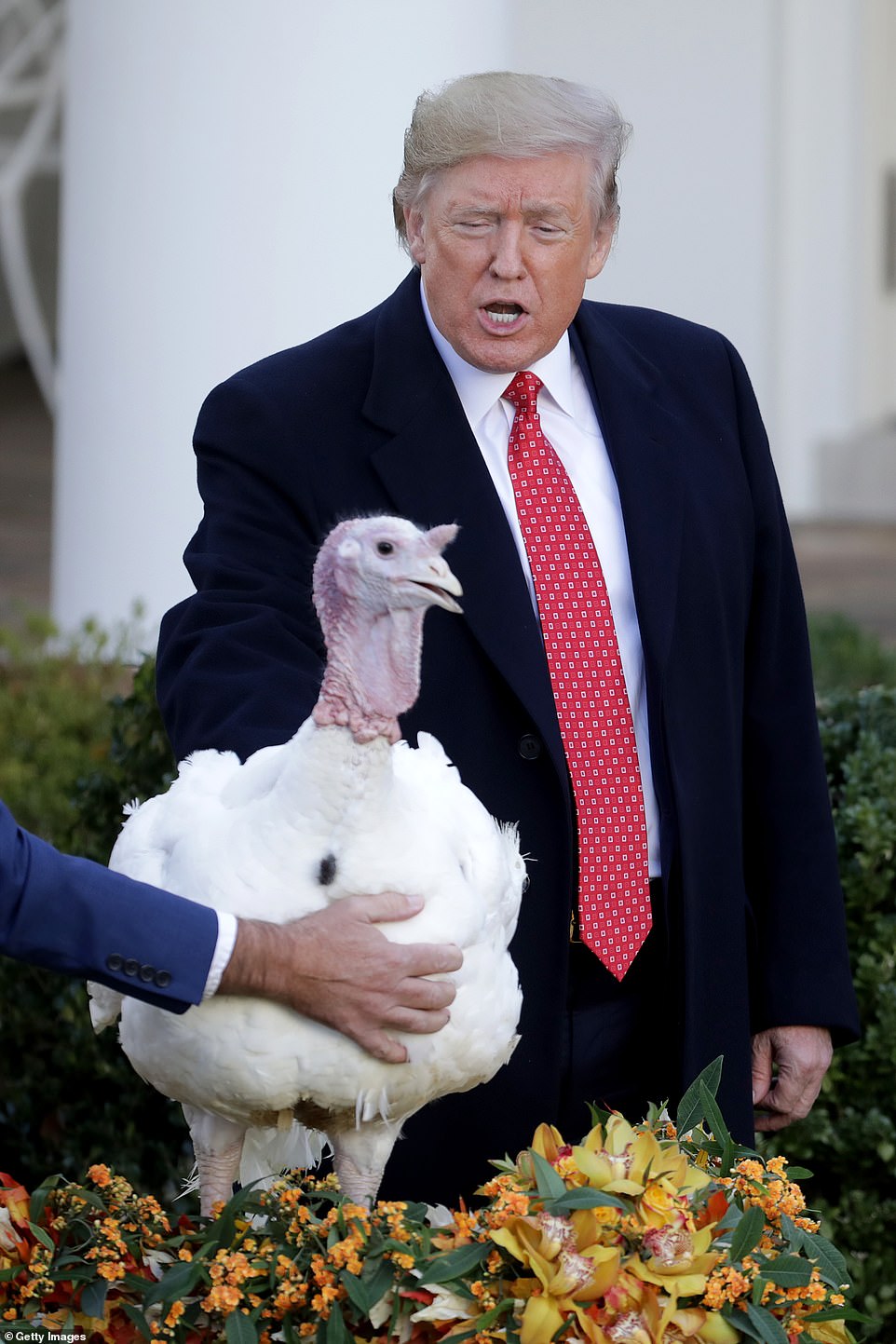 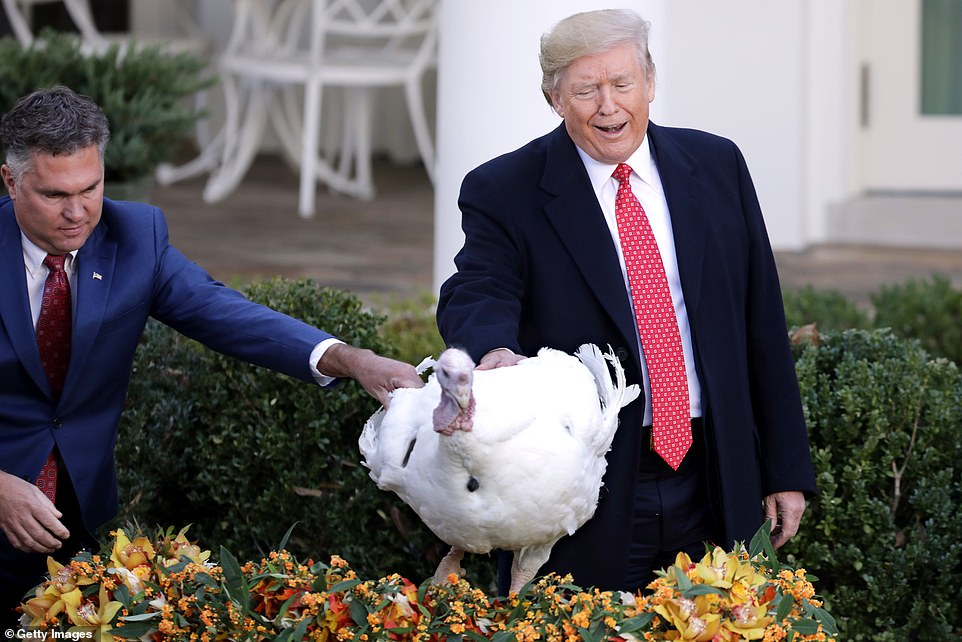 The president compared the media to vultures, but praised the two birds selected to get pardons in a longtime tradition 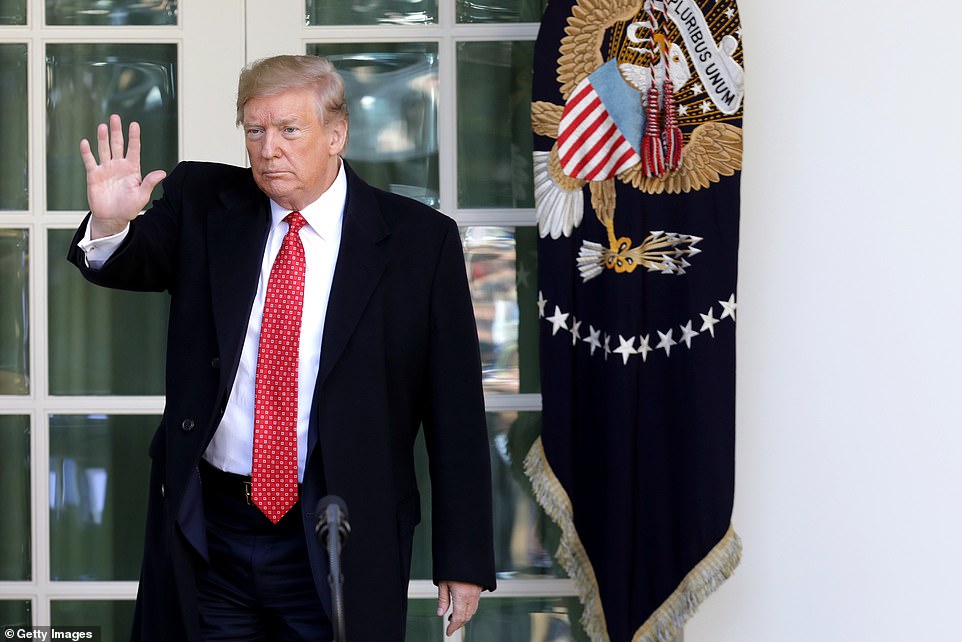 Trump steered clear of commenting on the birds’ gender, after discussing Conan the hero Army dog in masculine terms, only to have the Pentagon say the dog is a girl 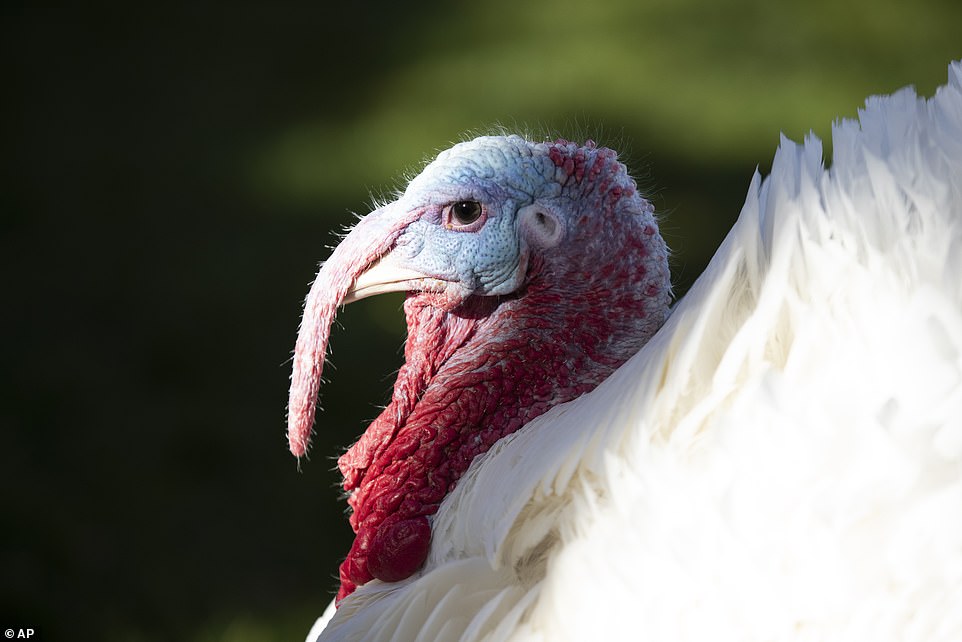 Butter, the national Thanksgiving turkey, walks in in the Rose Garden of the White House before being pardoned by President Donald Trump, Tuesday, Nov. 26, 2019, in Washington 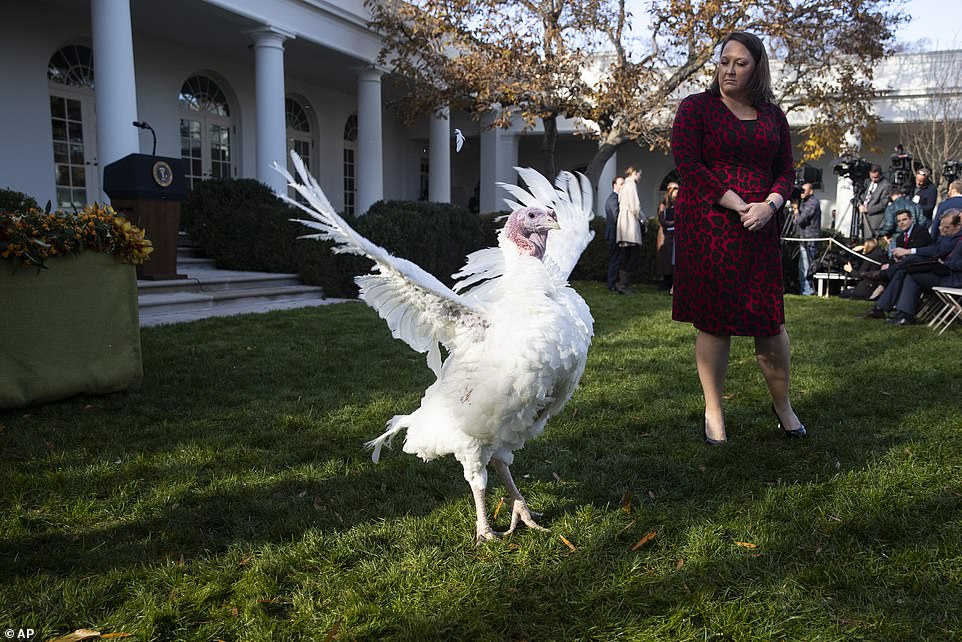 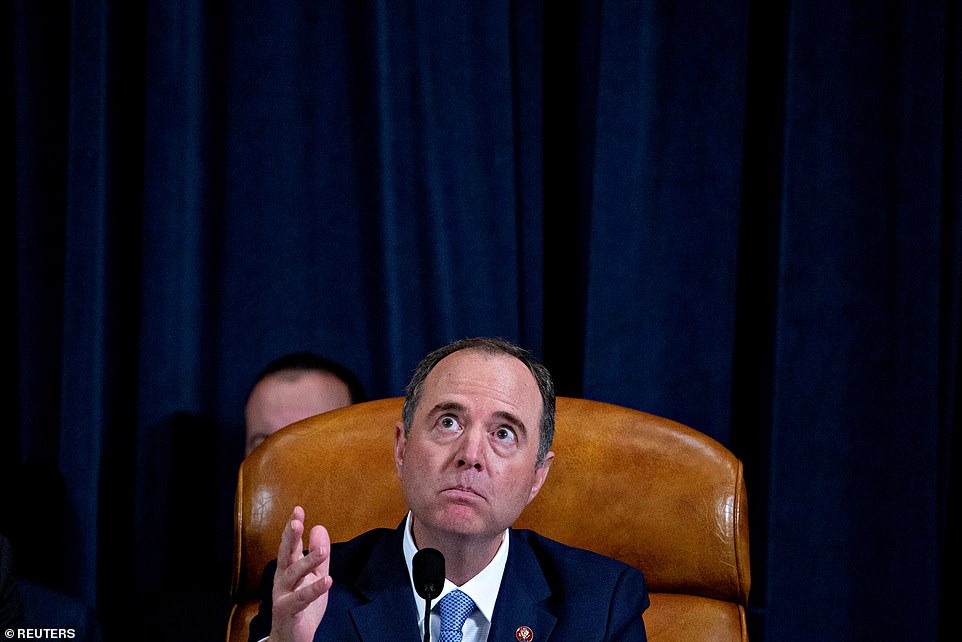 Trump made a joke at the expense of Representative Adam Schiff, who held public impeachment hearings last week

He hailed both birds who were brought back to the White House by the National Turkey Federation in a tradition that dates to the Truman administration.

‘That’s a beauty. Wow, that’s a strong bird,’ he remarked, with First Lady Melania Trump at his side.

Trump acknowledged a representative from the Butterball company in the audience. First daughter Tiffany Trump was there too.

Then the president trained his sights on the media, saying turkeys are ‘closely related to vultures.’

He also thanked ‘Almighty God for shedding his grace on our nation’ and told the crowd of supporters and the nation,’ We love you all.’

The president didn’t respond to shouted questions about whether he would pardon any humans – including informal associate Roger Stone, who was found guilty of multiple charges this month.

For Trump, using the Thanksgiving pardon to claw at his tormentors in Congress is a tradition like stuffing and cranberry sauce. Last year, he did so using Peas and Carrots as a foil to weigh in on Florida recount fights.

‘Unfortunately, Carrots refused to concede and demanded a recount, and we’re still fighting with Carrots,’ Trump said then as he discussed the pardon. ‘I will tell you we’ve come to a conclusion. Carrots, I’m sorry to tell you the result did not change.’