Jackson, former Physician to the President, withdrew his nomination after White House Medical Staff accused him of creating a hostile work environment, excessively drinking on the job, and handing out medication too readily.

Jackson denied the allegations but Tester claimed in a CNN interview that he was known as ‘the candy man’ in the White House for handing out drugs.

He said: ‘To go after and try to assassinate with no proof, no basis, no nothing, a good man simply because my father wanted to elevate him and put him in charge of an organization,’

‘When Jon Tester, who is this lap dog, does that, what happened?’

Trump Jr. insisted there was no proof of the allegations against Jackson, reported The Hill. 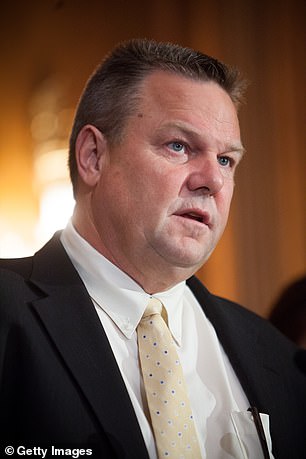 ‘Where’s the accountability to Jon Tester who did that? Because that makes you a piece of garbage in my mind, and it should to all of you and anyone I know in this state,’ he fumed.

A sociologist at Ivy League college Stanford University has warned that more violence may be on the way as much of the United States political world embraces extreme views as part of campaigning.

After it emerged pipe bomber suspect Cesar Sayoc was seemingly motivated to hate anyone or any idea Donald Trump was against, and the Pittsburgh synagogue shooting suspect Robert Bowers believed the president was a puppet for Jews, Robb Willer predicted the country will only become more divided.

Noting how use inflammatory language gets some voters so scared they may fail to notice more reasonable candidates, he called for voters to break the cycle ahead of the November 6 midterm elections.

‘Are we going to choose to continue the war, or are we going to choose peace? And we don’t know yet what the answer to that will be, because while a majority of Americans are fed up with the extremity of our political divisions, it does feel like we’re stuck here,’ Willer said. ‘It will get worse before it gets better.’

Sayoc is accused of sending suspicious packages to the likes of Hillary Clinton, Barack Obama, and Robert Di Niro who have all expressed their lack of support for Trump. 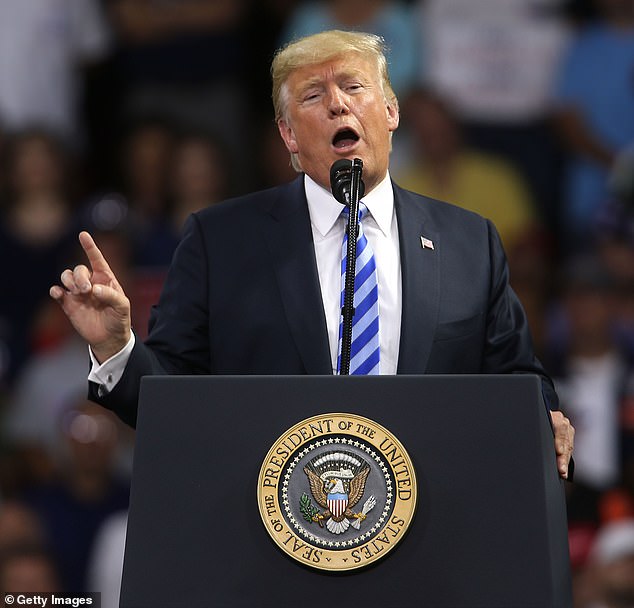