In the Trump family, it seems you can never be too young to start spreading the family’s political message.

On Saturday, Donald Trump Jr. shared photographs of his three youngest children in their Halloween costumes.

Revealing that kids Chloe, three, Tristan, six, and Spencer, five, had chosen to dress up as soldiers and police officers, the president’s son couldn’t resist a jibe as he boasted about their choice on social media.

‘Kids have their costumes ready. So cute and it’s nice to see they respect law enforcement and the military already.

‘See how easy that is?!?!’ he quipped as he posted the photographs on Instagram.

All of the children offered a sweet salute for the camera as they had their photograph taken.

Donald Trump Jr. shared photographs of his children’s Halloween costumes on Instagram on Saturday. Chloe, three, was dressed as a police officer while Tristan, six, and Spencer, five, dressed as troopers

Chloe, the youngest in the family, was dressed as a police officer while her older brothers wore Trooper costumes.

Not pictured were Donald Trump III, eight, and his older sister Kai, 10. 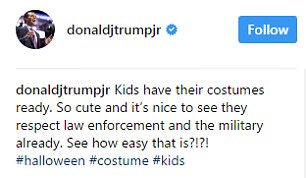 Trump Jr. , 39, couldn’t resist a jibe as he shared the photo online

Earlier in the week, Ivanka Trump treated fans to a glimpse of her son Joseph’s catboy costume.

In her own Instagram post, he appeared sitting on a bale of hay as he posted for the camera.

Eric Trump, who welcomed his first child with wife Lara earlier this year, has also been proudly sharing photographs of his family.

While it’s unclear whether his Tabasco t-shirt was intended as a costume or mere outfit, one-month-old Eric Luke looked every bit as adorable as his cousins in a photo shared by his father this week. 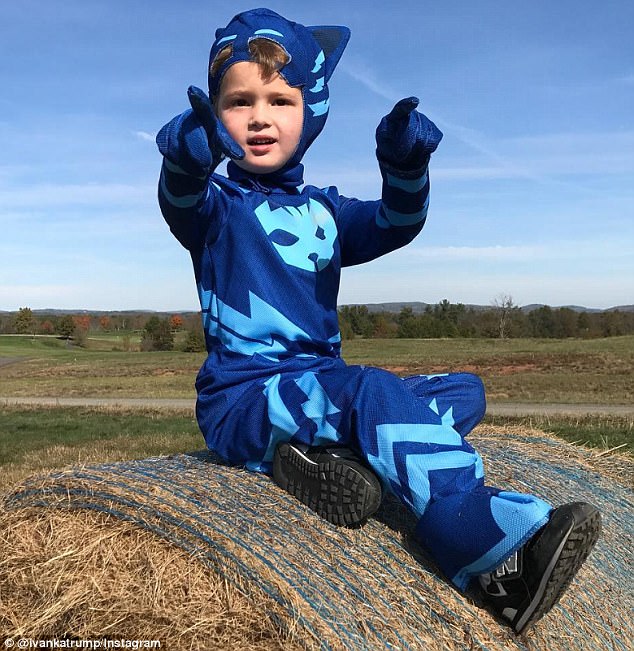 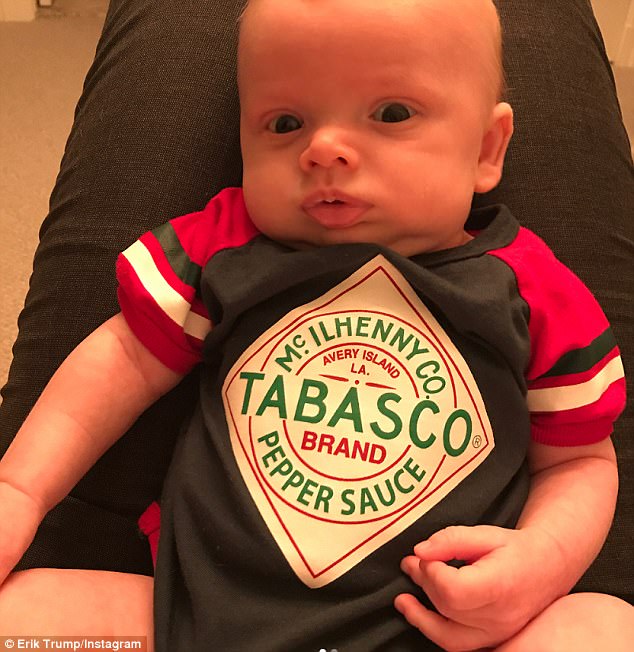 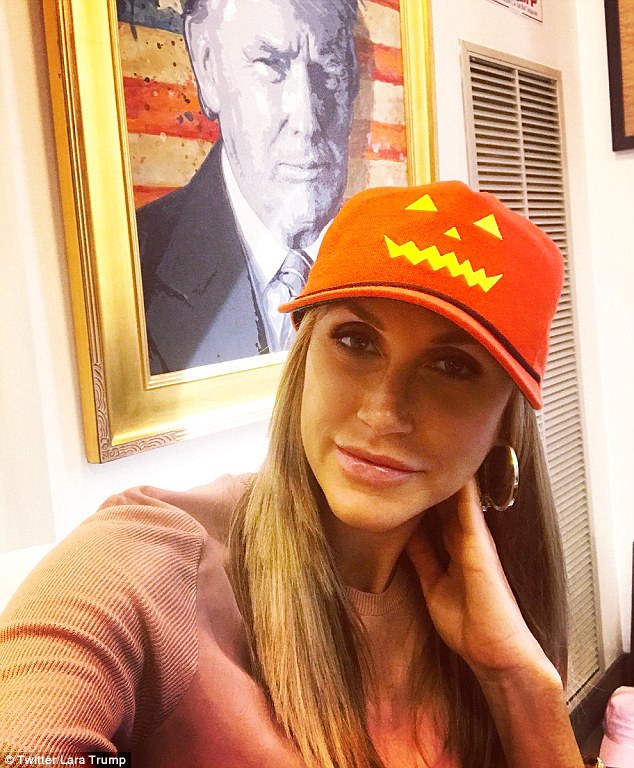 The president is not due to attend any public Halloween events over the weekend.

He kicked off his weekend with his routine Saturday morning tweet, complaining this time about the lack of news coverage of the ‘GREAT’ GDP figures released on Friday.

Carter acknowledged Trump’s long-standing complaint that the media have been ‘harder on him than any other president’.

Carter said of the press: ‘I think they feel free to claim that Trump is mentally deranged and everything else without hesitation.’