In one post, Trump retweeted a highlight from Fox News’ Watters’ World where the president’s eldest son and adviser bashed Biden’s competence.

‘It would be truly sad if it wasn’t so scary that Joe Biden could be in charge of the nuclear football,’ Donald Trump Jr. Told Fox News host Jesse Watters on Saturday night.

Despite a prevailing case rate increase of coronavirus in the U.S., the president also touted his handling of the coronavirus pandemic.

‘Big China Virus breakouts all over the World, including nations which were thought to have done a great job. The Fake News doesn’t report this. USA will be stronger than ever before, and soon!’ Trump tweeted in his Sunday morning rant.

According to a new ABC News/Ipsos poll released Friday, 66 per cent of Americans do not approve of the way the president is managing the crisis – even as Trump continues to try and deflect blame to China. 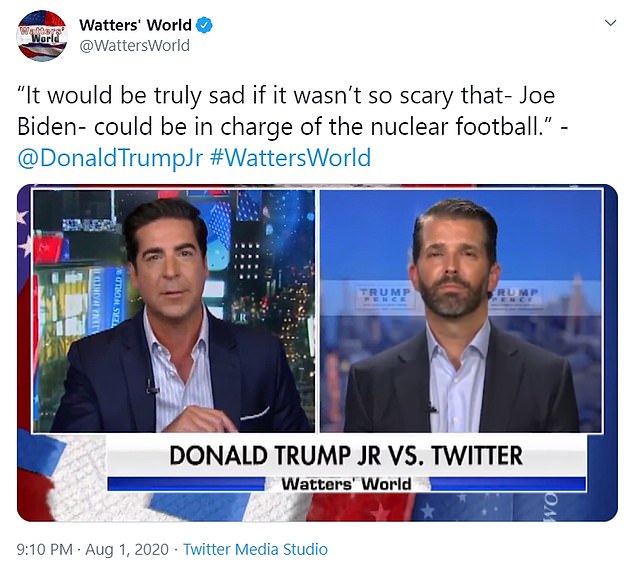 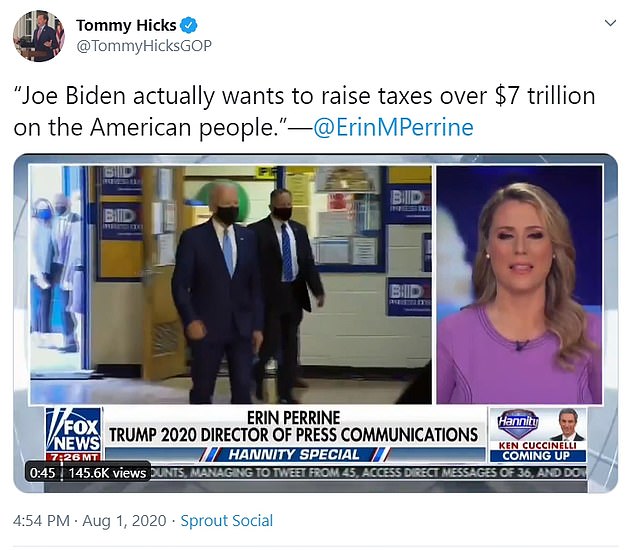 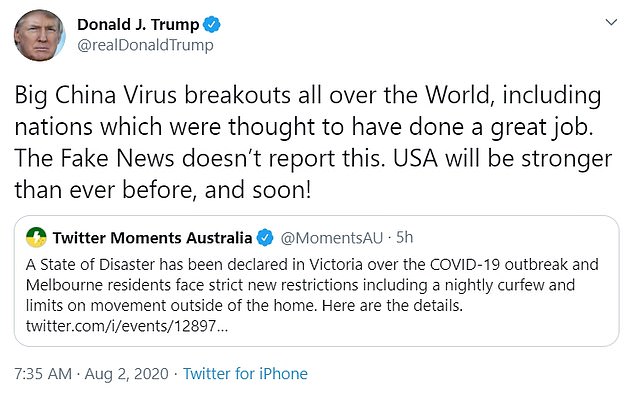 Trump, during the tweet storm, deflected blame for the coronavirus pandemic to China as polls show Americans do not approve of his handling of national crises – including the COVID-19 outbreak 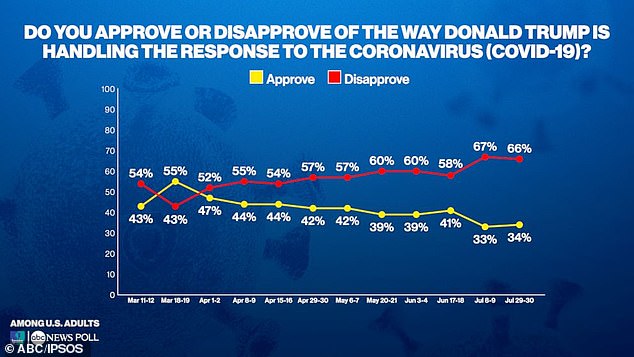 In the survey, taken July 29-30, Trump’s approval in handling coronavirus hit 34 per cent, up one percentage point from his lowest rating from earlier this month since the pollsters starting tracking the figure on the virus in March.

Trump tweeted out a post from his campaign’s Twitter with a clip of him demanding a second round of stimulus checks for Americans in the midst of the coronavirus pandemic.

‘President @realDonaldTrump: We want to get stimulus money to the people, Democrats view it as a political issue,’ the tweet read along with a clip of him in front of Air Force One.

Trump’s overall approval has also slipped to 36 per cent as he struggles to handle the coronavirus crisis, rampant nationwide Black Lives Matter protests and has faced backlash for his relations with foreign adversaries, like Russia and China.

More than half of white Americans disapprove of Trump’s handling of the protests, 72 per cent of Hispanic-Americans and a clear majority of black Americans, at 92 per cent, feel the same. 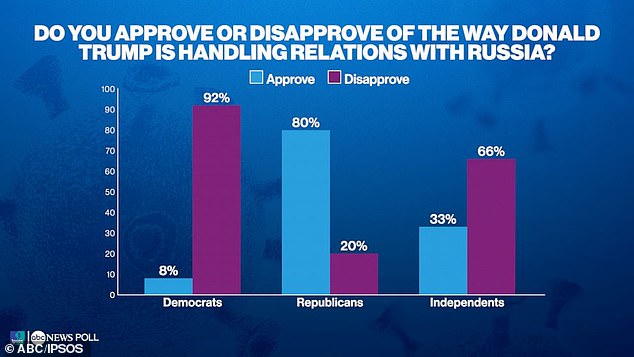 The poll also shows Democrats and independents widely do not approve of the way Trump deals with Russia, but a whopping 80 per cent of Republicans approve 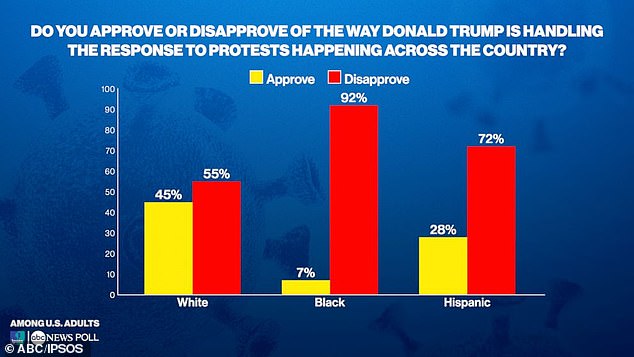 White, black and Hispanic Americans also do no like the way Trump has responded to the prevailing nationwide Black Lives Matter protests

Trump also spent his morning bashing his Democratic rival in a bid to hurt his opponent as the November election approaches and several polls show him losing support in some battleground states.

‘Don’t believe the lies you hear from the media or on social media about a Biden Victory. This is going to be a very close election. But President Trump has the edge,’ Trump retweeted from the Watters’ World Twitter with the television host monologuing.

In some other miscellaneous tweets, Trump endorsed several candidates and railed against drug companies.

‘When you see the Drug Companies taking massive television ads against me, forget what they say (which is false), YOU KNOW THAT DRUG PRICES ARE COMING DOWN, BIG,’ he boasted. ‘Favored Nations Clause means USA will pay the lowest price of any nation in the World. Never done before. Watch!!!’