Donald Trump orders U.S. Army to find money for his wall, which could drain Everglades funding

A high-ranking civilian official with the U.S. Army confirmed today that the White House has ordered the military branch to find money to build a wall on the Mexican border, DailyMail.com has learned.

Principal Deputy Assistant Secretary of the Army Ryan Fisher, whose U.S. Army Corps of Engineers could be involved in the wall’s construction if President Donald Trump declares an emergency, said in an exclusive interview with DailyMail.com that the country faces a national security issue. 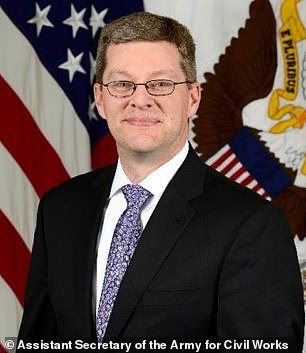 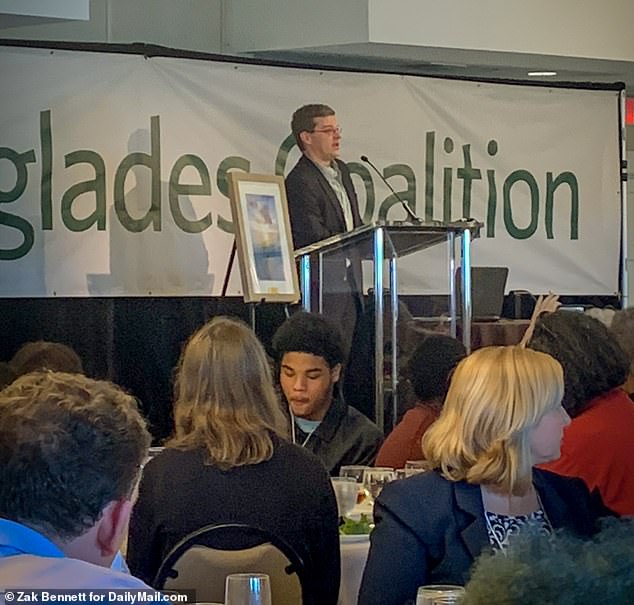 Ryan Fisher, Principal Deputy Assistant Secretary of the Army for Civil Works, tells attendees that President Trump met with his department to ask them to be ready for him to use his emergency powers to begin creation of the USA-Mexico border wall 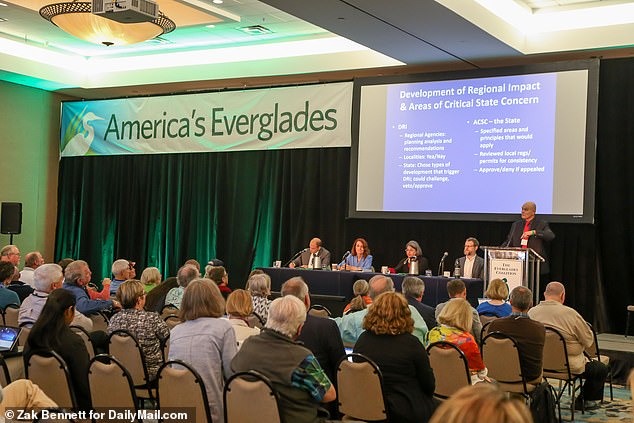 If the wall were to be green-lighted, however, Fisher hinted that major civil engineering projects like flood control, dyke repairs and fish and wildlife restoration could end up delayed or temporarily stopped during the wall’s construction.

Fisher appeared today before 200-plus Florida environmental activists at the annual Everglades Coalition Conference in Duck Key to talk about Everglades restoration, the re-establishment of a cleansing natural water flow in a 734-square-mile area besieged by development.

The giant swamp west of Miami has been ailing, according to scientists, and the water supplies for nearly 10 million residents as well as dozens of animal species are under threat.

Recently, algae blooms in Everglades waters caused by overdevelopment and agriculture overflew toward the state’s Gulf and East coasts and caused respiratory problems for residents, fish kills and a tourism slowdown.

After years of wrangling, state and federal authorities hatched one of the largest-scale hydrologic restoration projects ever and started construction of reservoirs, flood control devices and canals at the projected cost of $20 billion.

If Trump were to declare the wall a national emergency and force the Corps to build it, one of the key agencies in the restoration could see its Everglades funding dry out. 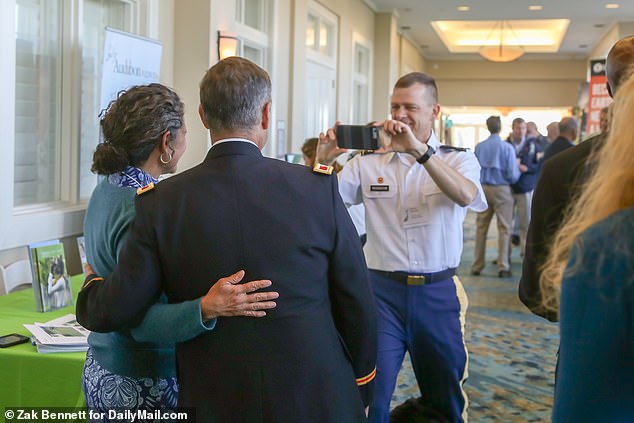 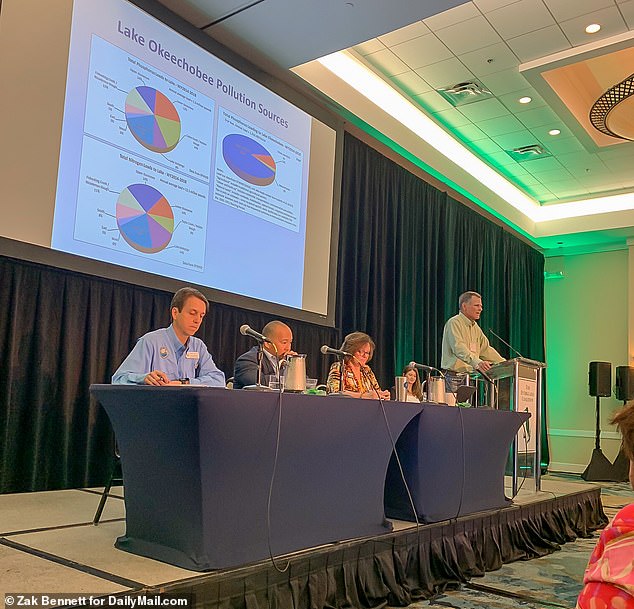 A panel at the 34th Annual Everglades Coalition Conference at Hawks Cay Resort in Duck Key, Florida explains the pollutants of Lake Okeechobee

‘I shouldn’t make any comments on the wall because I might find that I’m contradicting myself as soon as I check the news on my phone,’ said Fisher, a political appointee who worked as a legislative director for Vice President Mike Pence when he served as U.S. Congressman. ‘But the president has asked us whether, if he declares the wall an emergency, we’d be ready.

‘We assured him we’d be ready.’

The Corps then would have to be selective on which routine project it would discontinue.

‘We would need to decide whether other civil works project are not essential to national defense,’ Fisher said as some activists grumbled.

Fisher was asked whether building the wall could take money away from the giant anti-pollution Everglades project. 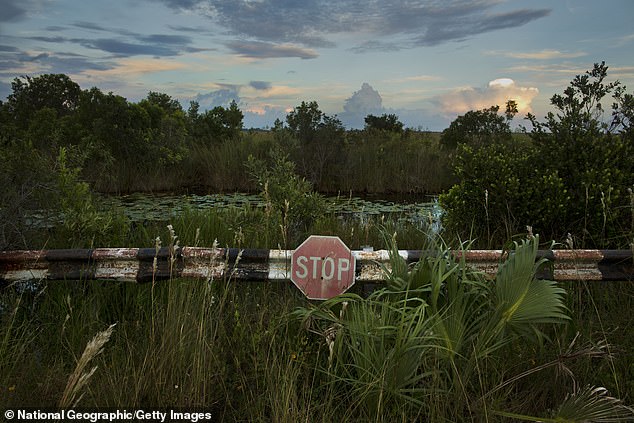 He didn’t rule out taking the Everglades money but tried to reassure the audience that the project is important.

‘We assured the president we would find the money (for the wall), but we would have to take money away from unobligated projects,’ Fisher repeated.

He hinted that that the Everglades restoration is among those.

‘Everglades Restoration, however, is well advocated among politicians and activists in Florida,’ he said, telling the audience not to worry.

He told DailyMail.com: ‘We’re not at a point where we are choosing projects. But, the (Everglades) restoration could be considered a non-essential project.’

Like many worried activists in the Keys, Celeste De Palma, the director of Everglades policy at the Florida Audubon Society, said she was surprised by Fisher’s admission.

‘(Fisher’s) remarks are interesting, and it’s interesting he volunteered the information,’ she said.