Donald Trump plans to resume US funding for the WHO

President Donald Trump is planning to resume some funding to the controversial World Health Organization, according to a leaked draft of a White House letter.

Trump last month cut off all U.S. funding to the group, accounting for about half the WHO’s annual funding, accusing it of ‘severely mismanaging and covering up the spread of the coronavirus.’

The president has kept up the criticism, saying at a town hall last week: ‘The World Health organisation has been a disaster — everything they said was wrong, and they’re China-centric.’

Now, the White House is apparently on the brink of offering to resume funding the WHO at the same level as China, according to a draft letter reported by Fox News host Tucker Carlson.

President Donald Trump is planning to resume some funding to the controversial World Health Organization, according to a leaked draft of a White House letter 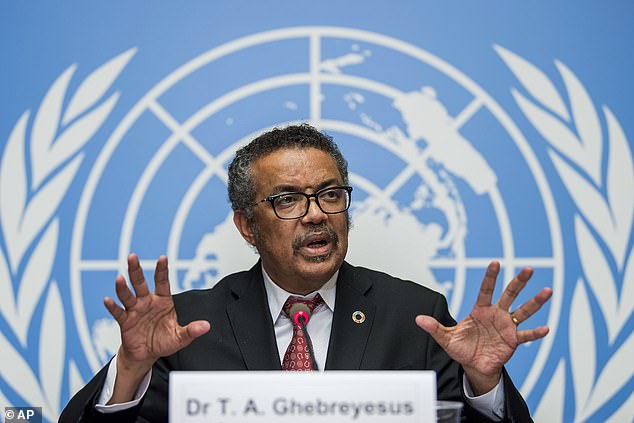 WHO Director-General Tedros Adhanom Ghebreyesus is seen above. Questions linger about the relationship between China and the WHO

‘Despite [its] shortcomings, I believe that the WHO still has tremendous potential, and want to see the WHO live up to this potential, particularly now during this global crisis’ the draft letter reads, apparently in Trump’s voice.

‘That is why I’ve decided the United States will continue to partner and work with the World Health Organization’ it adds. ‘China owes a massive debt to the entire world, and it can start with paying its fair share to the WHO.’

‘If China increases its funding to the WHO,’ the letter adds, ‘we will consider matching those increases.’

Previously, the U.S. send about $400 million a year to the WHO every year, which is ten times the amount China contributes.

It comes as questions linger about the relationship between China and the WHO.

Earlier this week, it was reported that the CIA believes China bullied the WHO into delaying the declaration of a global health emergency in January, even as Beijing hoarded medical equipment. 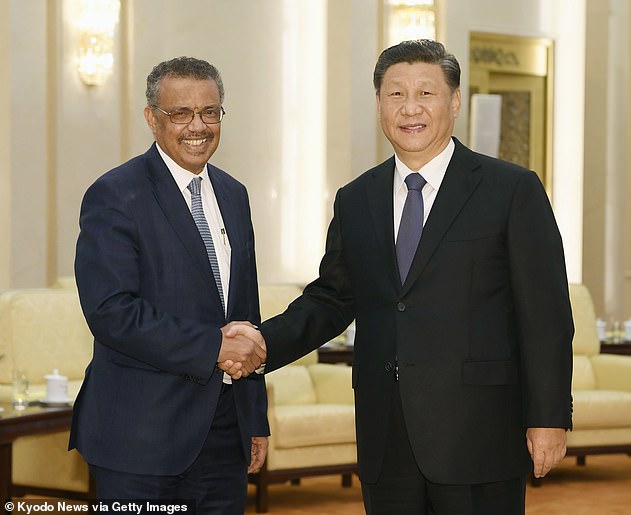 A CIA report says China threatened to stop cooperating with the WHO’s coronavirus investigation if the organization declared the outbreak a global health emergency, according to Newsweek.

In a statement to DailyMail.com, the WHO denied that it had bowed to any outside pressure in the early stages of the pandemic.

‘The WHO Constitution says that each Member State must ‘respect the exclusively international character of the Director-General and the staff and not to seek to influence them,’’ the statement said.

‘We know that every country understands this obligation is critical to WHO’s impartiality and neutrality in its global health work.’