BREAKING: Donald Trump POSTPONES meeting with Denmark after Prime Minister refuses talking about selling Greenland to the US

Donald Trump has cancelled his upcoming meeting with Denmark’s leaders after the country refused to talk about potentially selling Greenland.

The president has been vocal about his interest in buying Greenland, which is owned by Denmark, but the country has dismissed his scouting efforts as ‘absurd’, saying the semi-autonomous island is not for sale.

Trump was invited by Denmark’s Queen Margrethe II for a state visit in Copenhagen on September 2 and 3. Through the president initially claimed the visit wouldn’t be about a Greenland purchase, his sudden cancellation has cast doubts on the intentions of his trip.

Donald Trump tweeted Tuesday evening that he would postpone the meeting, set for September 2 and 3, ‘for another time’ because Frederiksen said Greenland was not for sale

‘Denmark is a very special country with incredible people, but based on Prime Minister Mette Frederiksen’s comments, that she would have no interest in discussing the purchase of Greenland, I will be postponing our meeting scheduled in two weeks for another time….,’ he tweeted.

‘The Prime Minister was able to save a great deal of expense and effort for both the United States and Denmark by being so direct. I thank her for that and look forward to rescheduling sometime in the future!’ he added.

Trump started to express his interest in purchasing the island earlier this month, which he said would be a strategic move for its natural resources and because the U.S. military has operated for decades out of the Thule Air Base in Greenland, located between the Atlantic and Arctic oceans.

The northern-most U.S. base is part of the military’s global network of radars and other sensors to provide ballistic missile warning and space surveillance.

‘Strategically it’s interesting and we’d be interested, but we’ll talk to them a little bit. It’s not number one on the burner, I can tell you that,’ Trump previously said.

Trump said that Denmark loses almost $700 million a year on Greenland, which boasts a population of 56,000. 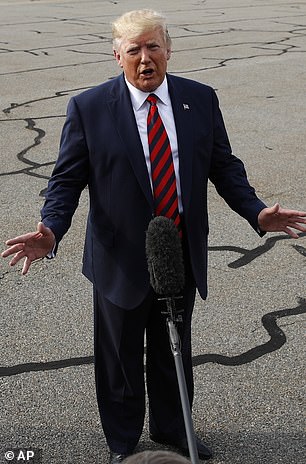 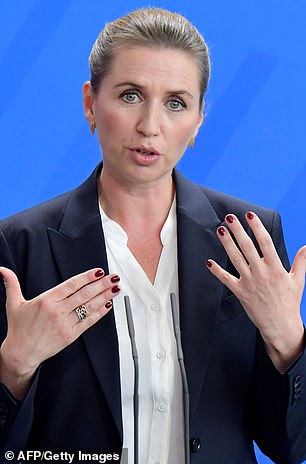 President Donald Trump has likened buying Greenland to ‘a large real estate deal’ after confirming interest in buying the world’s largest island from Denmark. It comes after Denmark’s Prime Minister Mette Frederiksen said Greenland was not for sale and the idea of selling it to the U.S. was absurd

But Frederiksen dismissed Trump’s real estate interests in the semi-autonomous territory as ‘absurd’, reiterating that ‘Greenland is NOT for sale’.

‘Greenland is not for sale and U.S. President Donald Trump’s idea of buying the semi-autonomous Danish territory in the Arctic from Denmark is “an absurd discussion,’ Denmark’s prime minister said.

‘Greenland is not Danish. Greenland is Greenlandic. I persistently hope that this is not something that is seriously meant,’ she added.