Donald Trump assured Tuesday that Texas won’t turn blue in November because he claims Democrats are ‘against religion,’ will destroy the oil industry there and take away Texans’ guns.

Despite the president’s confidence in winning the deep-red state again in November, polls show him neck-and-neck with Joe Biden, with recent results trending toward the presumed Democratic nominee.

He slammed the polls as fake.

‘How can you be against oil and gas and guns and lots of other things and you’re in play?’ Trump questioned the friendly Fox host. ‘The polls are fake.’

President Donald Trump assured Tuesday that he will win in Texas in November, claiming it won’t flip blue because Democrats are ‘against religion, oil and guns’ 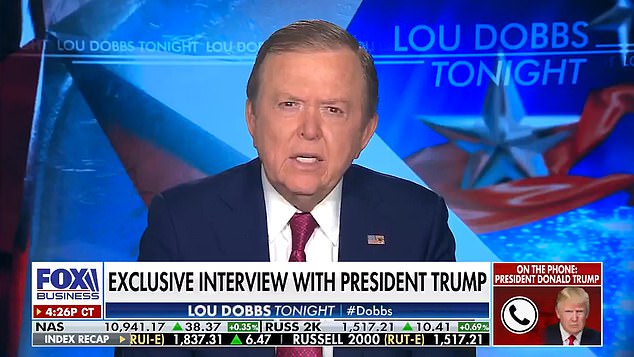 Texas is one of the most gun friendly states and has some of the most staunch laws protecting American’s Second Amendment rights – it also is the largest crude oil producing state, making up 41 per cent of the industry.

According to a FiveThirtyEight average, as of August 4, Biden is leading Trump in the Lone Star State by .2 percentage points.

While the margin is miniscule, it is still telling for a state that has not voted Democrat in a presidential election since 1976 for Jimmy Carter.

Trump said during his interview with Dobbs that he does not blame Biden for his progressive stances, claiming he is being controlled by the radical arm of the Democratic party.

‘It’s not him, he’s told what to do. He’s a puppet for the radical left,’ Trump said. 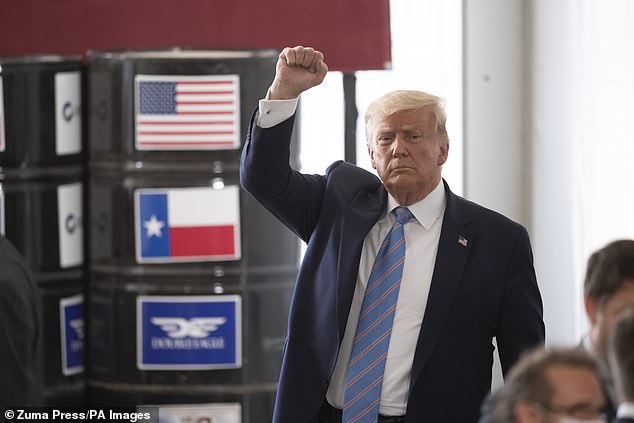 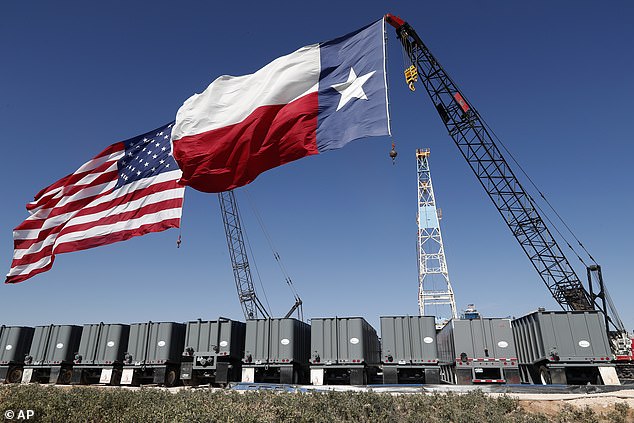 Texas makes up 41 per cent of the crude oil industry in the U.S.

The polling average shows Biden leading now, but the switch over didn’t happen until early July, as the nation, including some of the president’s base, widely began turning on Trump in the midst of his handling of the prevailing coronavirus pandemic, a faltering economy, months of nationwide Black Lives Matter protests and deteriorating relations with foreign adversaries like Russia and China.

Trump said during his interview with Dobbs that the economy has been unjustly shut down, claiming that the coronavirus pandemic is now in a spot where it should be reopened.

‘Blue states will announce they are reopening their economies on November 4,’ Trump said to Dobbs, who laughed in agreement.

The president added that Democrat governors want to keep the economy stunted for politically motivated reasons.

The largest poll margin with Biden leading Trump came on July 28 when he gained almost 1 percentage point over the president – 46.5 per cent to 45.7 per cent.

During a trip to Texas last week, Trump insisted that he will again win Texas on November 3. 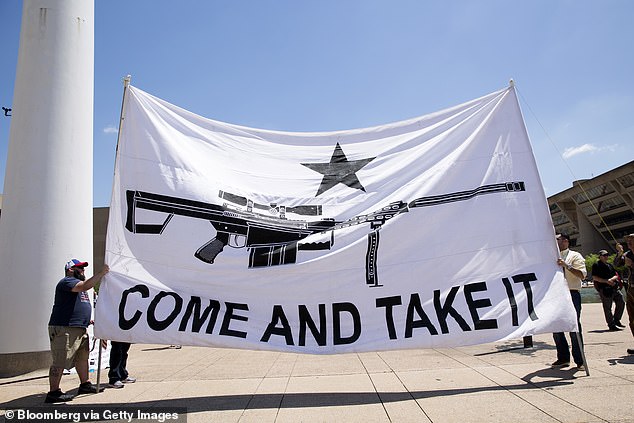 ‘I don’t think Biden’s going to do too well,’ Trump told a crowd during a campaign stop to touch base with supporters in the energy industry as he toured the Double Eagle Oil Rig.

‘The radical left is fighting to abolish American energy,’ Trump warned during his remarks following a tour of the oil field last week.

‘If these far left politicians ever get into power they will abolish not only your industry but the economy,’ he continued, railing against the progressive Green New Deal proposed by Representative Alexandria Ocasio-CortezThe New York congresswoman also helped Biden draft the energy and environmental part of his presidential policy proposals, which were released last month.