President Donald Trump says he ‘never even thought’ about trying to move the Nov. 3 elections – after rival Joe Biden said he might try and use the coronavirus pandemic to delay them.

‘I never even thought of changing the date of the election. Why would do i that?’ Trump said at the White House Monday.

‘November 3. It’s a good number. No, I look forward to that election. That was just made up propaganda. Not by him. But by some of the many people that are working writing little statements,’ Trump said.

‘I never even thought of changing the date of the election,’ President Trump said when asked about Election Day November 3

He then attacked Biden as ‘Sleepy Joe’ and said he ‘didn’t make those statements,’ which the president attributed to staff. ‘No. Let him know I’m not thinking about it at all. Not at all,’ Trump said.

‘Mark my words: I think he is going to try to kick back the election somehow, come up with some rationale why it can’t be held,’ the former vice president and presumed Democratic nominee said at a virtual fundraiser last week.

The national Election Day is set by law, and can only be changed by a new law requiring approval from Congress and the president. Some states have delayed their primaries due to the coronavirus pandemic. Trump in recent days is down compared to Biden in polls in Florida, Pennsylvania, and Michigan — all key battleground states.

The topic is one of several at Monday’s press conference where Trump avoided escalation and refrained from the full dose of attacks he has launched at other public events. 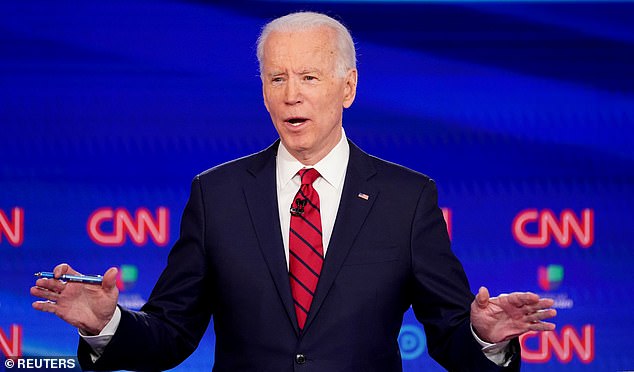 ‘Mark my words: I think he is going to try to kick back the election somehow, come up with some rationale why it can’t be held,’ former Vice President Joe Biden said last week

By holding the briefing Monday, the White House mostly avoided questions about Trump’s bizarre statements about researching injecting people with disinfectants Friday. The remarks, which Trump said were sarcastic but which he also said he made to government officials he wanted to explore the idea, caused a media firestorm.

‘I can’t imagine why,’ he said, when asked about Maryland Gov. Larry Hogan’s statements that his state was flooded with calls to emergency hotlines from people asking about disinfectants.

Trump abruptly exited Friday’s news conference without taking a single question amid the uproar. The White House then failed to hold the near-daily events Saturday and Sunday, even after U.S. coronavirus deaths passed 50,000.

Trump instead relied on Twitter to try to air his grievances. 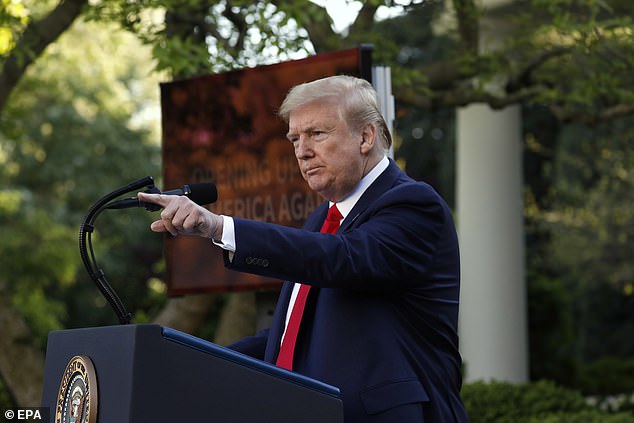 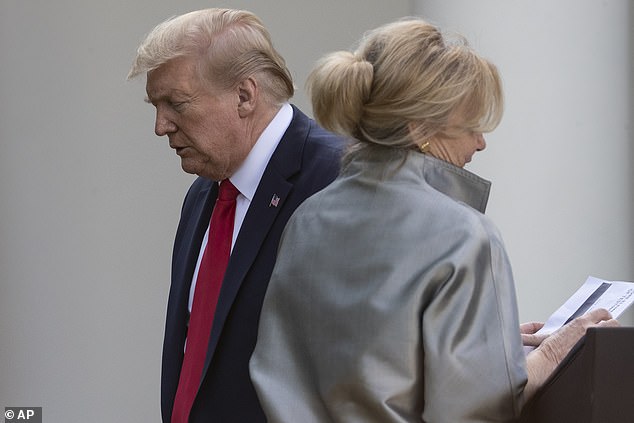 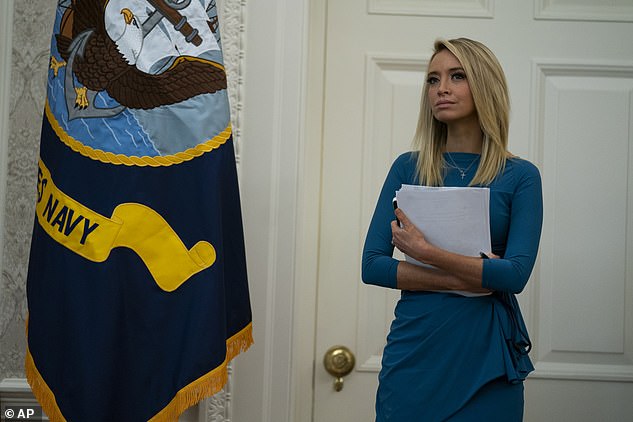 He attacked New York Times journalists over the weekend after a report about his work habits that had him rage watching cable TV at 5 am and munching on fries at night.

He went after reporters who he said received ‘Noble prizes – in an apparent reference to the Pulitzer price, although if he meant the Nobel prize he misspelled it. He later deleted the missives, then wrote: ‘Does anybody get the meaning of what a so-called Noble (not Nobel) Prize is, especially as it pertains to Reporters and Journalists? Noble is defined as, ‘having or showing fine personal qualities or high moral principles and ideals.’ Does sarcasm ever work?’ he questioned.

He tweeted early Monday: ‘FAKE NEWS, THE ENEMY OF THE PEOPLE!’

In another tweet, he appeared to refer to the press as the ‘Invisible Enemy’ – the same term he uses to describe the coronavirus. ‘There has never been, in the history of our Country, a more vicious or hostile Lamestream Media than there is right now, even in the midst of a National Emergency, the Invisible Enemy!’

The White House held the event in the Rose Garden, after announcing it on the president’s schedule, canceling it, and then announcing it again three hours after the cancelation.

Trump used the event to highlight CEOs from Wallmart, CVS, Walgreens, and other companies that are helping with coronavirus testing – even calling up CEOs to speak.

Trump also didn’t blow his top when asked if a parent, when losing as many Americans died during the Vietnam war, deserves to be reelected.

Then he touted his coronavirus response. ‘I think we’ve made a lot of really good decisions,’ he said.

‘I will say this – one person is too many,’ Trump concluded, ending his press conference.