Donald Trump said that Boris Johnson is ‘not going anywhere’ as the two leaders met in New York today, as the Prime Minister faced growing calls to quit over his Brexit Supreme Court humiliation.

The US president made the comments as they sat down for face-to-face talks likely to focus on post-Brexit trade as well as Iran and other issues.

Mr Trump has earlier used an address at the UN general assembly to say he was looking forward to signing an ‘exceptional’ trade deal with the UK once it was out of the European Union.

Mr Johnson appeared to rule out resigning as they were grilled by reporters at the UN headquarters.

After the PM was questioned about resigning, Mr Trump said: ‘I’ll tell you, I know him well, he’s not going anywhere.’

Nice touch: He and Mr Johnson met in the margins of the UN general assembly this afternoon, after the Prime Minister faced a major setback in his Brexit plans 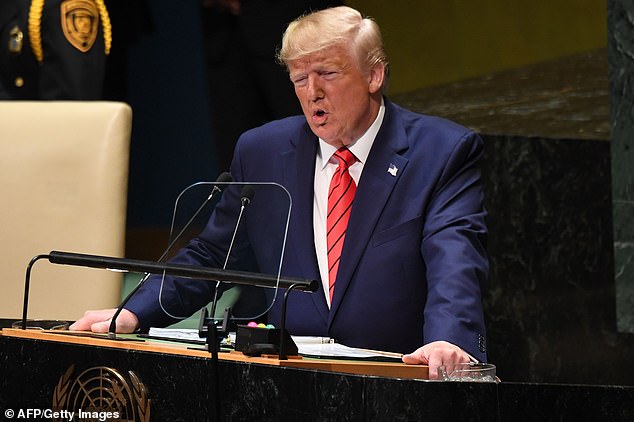 The US president said he was ‘looking forward’ to signing off on a commercial pact after the UK quits the European Union, as he addressed the UN general assembly 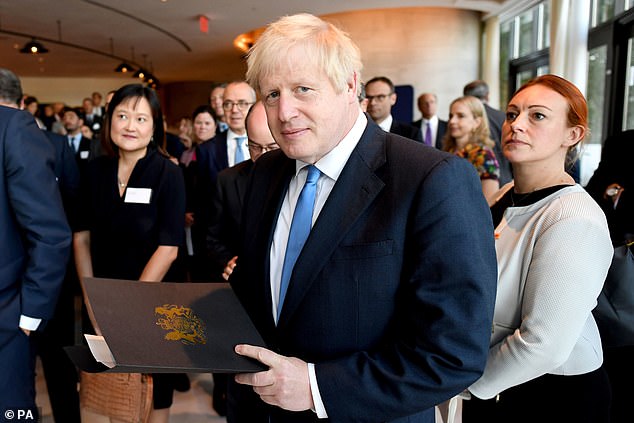 He and Mr Johnson (pictured today in New York) are due to meet in the margins of the event this afternoon, after the Prime Minister faced a major setback in his Brexit plans 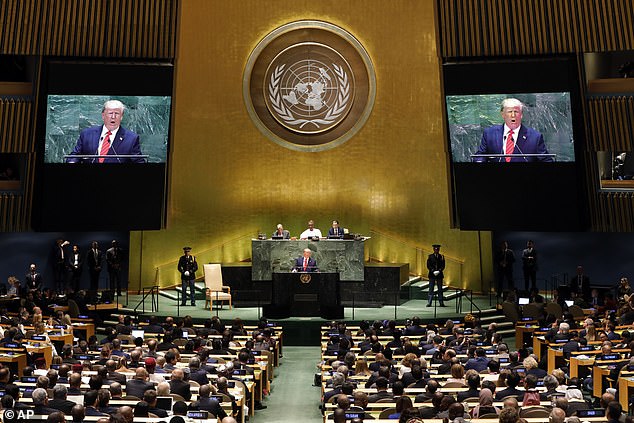 Mr Trump told the UN his administration will conclude new trade deals with Britain, Japan and others that are fair and reciprocal

Mr Trump rebuked the reporter who asked whether the PM would resign, saying: ‘That was a very nasty question from a great American reporter.’

Mr Johnson added: ‘I think he was asking a question, to be fair, that a lot of British reporters would’ve asked.’

Mr Johnson received a massive blow from the Supreme Court when it ruled that advice he gave to the Queen to win a shutdown of parliament was unlawful.

He will have to leave the US early after Speaker John Bercow revealed the Commons would sit from 11.30am tomorrow.

Mr Trump told the UN his administration will conclude new trade deals with Britain, Japan and others that are fair and reciprocal. 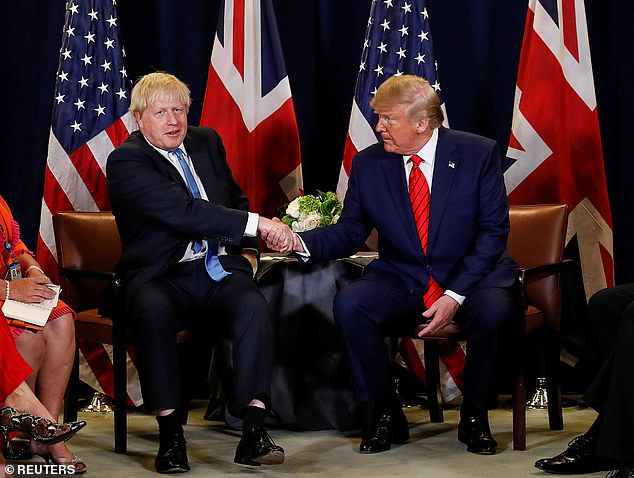 The Republican president said once Britain leaves the European Union the US will negotiate an ‘exceptional deal’ with it.

It is far from the first time he has played up a post-Brexit free trade deal.

Last month the president told Mr Johnson he wants to strike a trade deal by next summer, when they met for the first time at the G7 in Biarritz.

The US President hailed the Prime Minister as the ‘right man’ to deliver Brexit.

Mr Trump pledged to do a ‘very big’ deal with Britain once it is free from the EU, which he said had been an ‘anchor’ around the UK’s ankle.