President Donald Trump insisted that the call on when to reopen the country and the economy will be a ‘decision by me’ – as it was revealed his task force on the vital matter will include cabinet members, his daughter, and his son-in-law.

Trump hyped the decision on Twitter, after saying for days it would soon become time to ‘reopen’ the U.S. economy. Trump is setting up a new task force on reopening, with an announcement planned for Tuesday.

‘A decision by me, in conjunction with the Governors and input from others, will be made shortly!’

The task force is expected to include Ivanka Trump and her husband Jared, who has taken a key coronavirus response role, fielding calls from hot-spots seeking protective gear and trying to line up deliveries.

‘A decision by me, in conjunction with the Governors and input from others, will be made shortly!’ President Trump tweeted about the decision to reopen the country 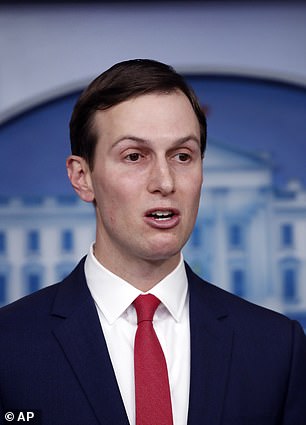 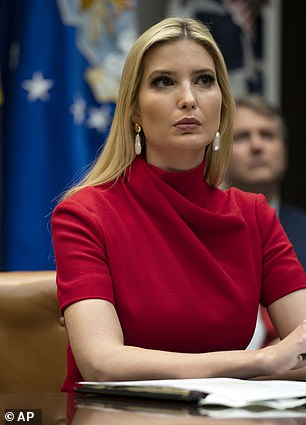 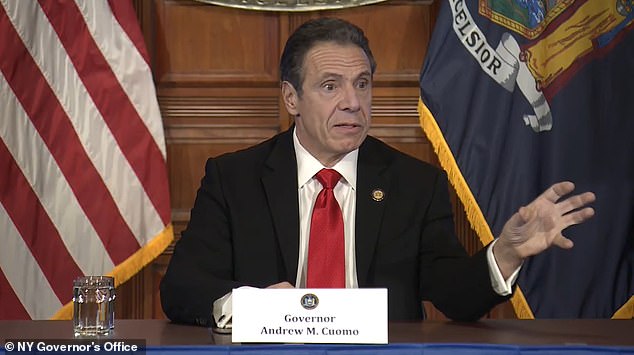 New York Democratic Gov. Andrew Cuomo said Monday he is contacting a regional group of governors to set criteria and plans for reopening.

Trump attacked the media and added confusion to how the decision to reopen would ultimately be made with a pair of tweets Monday.

‘For the purpose of creating conflict and confusion, some in the Fake News Media are saying that it is the Governors decision to open up the states, not that of the President of the United States & the Federal Government,’ Trump wrote.

‘Let it be fully understood that this is incorrect…It is the decision of the President, and for many good reasons. With that being said, the Administration and I are working closely with the Governors, and this will continue. A decision by me, in conjunction with the Governors and input from others, will be made shortly!’ he wrote. 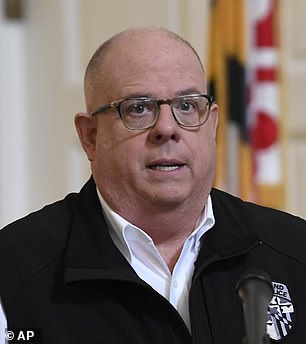 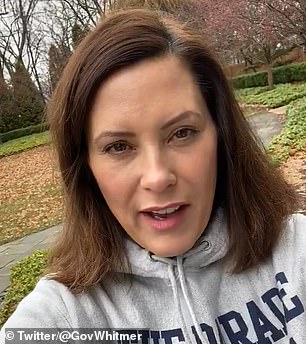 President Trump said he will decide when to reopen the country, ‘in conjunction with the governors.’ Maryland Gov. Larry Hogan and Michigan Gov. Gretchen Whitmer are among those who have publicly clamored for new protective gear for hospital workers in their states

It is state governors who issued the stay-at-home orders that took effect across the country. Trump and Vice President Mike Pence issued ‘guidelines’ but the administration and health officials have provided considerable discussion and feedback to state officials.

Trump has previously noted on shut-down orders that it is governors who have imposed them, and he deferred to a group of GOP governors, many in rural states, who held back from issuing stay-home orders during as the coronavirus spread.

New York Democratic Gov. Andrew Cuomo, who has been in frequent communication with the White House, said he is contacting a regional group of governors to set criteria and plans for reopening.

‘I’m not interested in political opinions. I’m interested in what the experts say about this,’ Cuomo said at his daily press briefing from Albany. ‘This is a time for smart, competent effective government. Nothing else matters,’ he said.

‘The optimum is to have as coordinated a regional plan as you can,’ said Cuomo.

Trump had previously said he would like to get the country reopened by Easter, but then extended 15-day guidelines for an additional 30 days.