Donald Trump has said he believes Joe Biden has been ‘brainwashed’ by the ‘radical left’, calling into question Biden’s mental capacity and warning that the United States under a Biden presidency would go the way of Venezuela.

Trump was asked during a Thursday night interview with Sean Hannity how he thought the gaffe-prone 77-year-old Biden would cope with the stresses of being president.

Trump told Fox News that it wasn’t a question of age, adding that he knew many extremely sharp people in their 80s and 90s.

Rather, the 74-year-old said, it was a question of being ‘brainwashed’ by Bernie Sanders, Alexandria Ocasio-Cortez and other left-leaning Democrats.

‘Let’s face it – he’s been taken over by the radical left,’ said Trump.

Donald Trump, pictured with Andres Manuel Lopez Obrador, the president of Mexico, on Wednesday, on Thursday night said Biden had been ‘brainwashed’ by the ‘radical left’

‘And our country will suffer. Our stock markets will crash. Bad things will happen.

‘They will defund the police. They will abolish the police. It will be, maybe there will be a backlash or maybe it’ll just go to hell like Venezuela.’

He said that Biden’s policies were tilting towards the left in a bid to appease Sanders voters. 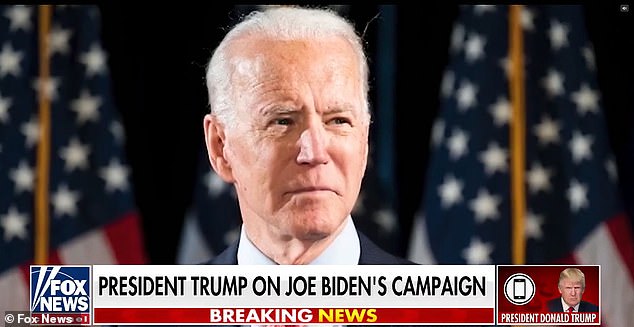 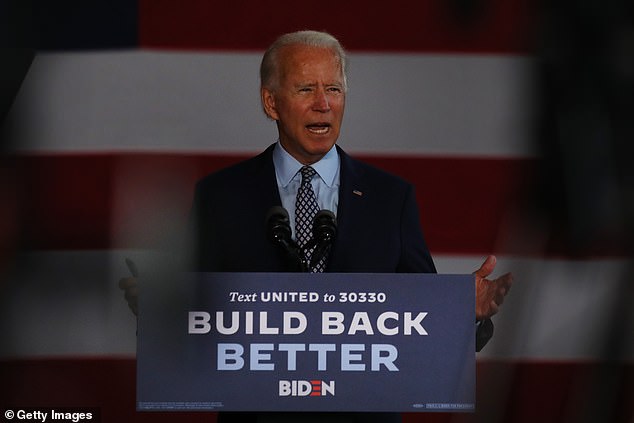 ‘And you look at the deal they made with Bernie Sanders now and the group, it’s all crazy, radical left stuff,’ he said.

‘And Joe’s never going to be able to fight it, even if he disagreed with it, which I actually don’t think he does.’

Trump also mocked Biden for his appearance while wearing a ‘massive’ mask, saying it makes the Democratic nominee ‘feel good.’

Trump himself has steadfastly refused to wear a mask, despite health experts urging Americans to cover their noses and mouths to prevent the spread of COVID-19.

‘I have no problem with a mask,’ he insisted.

‘I don’t think you need one when you’re tested all the time. Everybody around you is tested.’

Speaking on the day that the U.S. had its second consecutive record-breaking number of new infections, Trump once again defended his administration’s handling of the coronavirus pandemic, insisting the media was distorting reality.

He said Dr Anthony Fauci, head of the center for infectious diseases and a member of the White House coronavirus task force, is a ‘nice man’ who had made ‘a lot of mistakes.’

He also criticized the media for focusing on the rise in cases and ignoring the decline in the death rate.

‘They don’t talk about death because deaths are way down,’ Trump said.