President Donald Trump signed his border wall during a trip to Arizona on Tuesday where he reassured Dreamers that ‘good things are going to happen’ after he lost his attempt to remove their right to stay in the United States.

The president made a brief inspection of the tall metal fence on the U.S-Mexico border during his stop in the border town of Yuma.

He also signed a plaque attached to the fence – composed of individual steel rods spaced close together – that marked 200 miles of construction.

The plaque he signed was a piece of paper inside a metal frame that marked the date of his visit. It contained the names of the president, Acting Homeland Security Secretary Chad Wolf, Acting Commissioner U.S Customs and Border Protection Mark Morgan, U.S. Border Patrol Chief Rodney Scott, and Chief Border Agent for the Yuma area Anthony Porvaznik. Only Trump signed it.

President Donald Trump signed his border wall during a trip to Yuma, Arizona 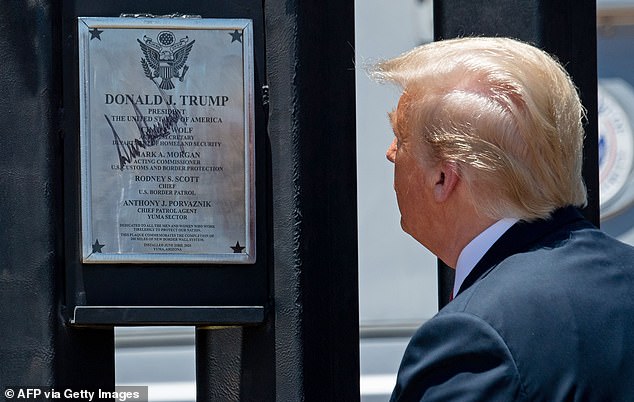 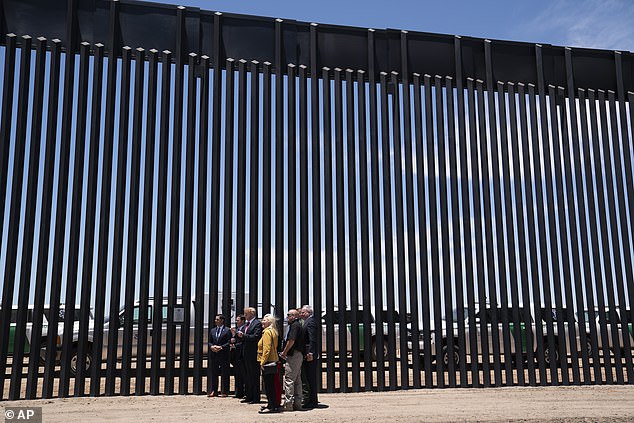 The president made brief remarks during the stop in the 102 degree weather, bragging the structure was ‘foolproof’ in the way it was built.

‘It’s gonna be really foolproof,’ he said after he inspected the wall’s construction. ‘It’s a solid steel rebar and concrete inside there.’

‘We have heavy concrete on the inside the steel and inside the concrete we have rebar,’ noted the president, who was a real estate tycoon in his previous career.

Trump had pledged to have ‘substantially more than 500 miles’ of his long-promised border wall completed by February of next year. But according to a detailed Washington Post analysis updated at the end of May, of the 200 miles that have been reinforced with new fencing, there are just 16 miles of the border with a completely new barrier.

President Trump also had a message for Dreamers – the illegal immigrants who came to the United States as children – as he stood on the border.

‘Good things will happen for DACA recipients. And pretty soon,’ he said, adding that ‘good things are going to happen.’

It protected the nearly 650,000 people known as ‘Dreamers’ from deportation.

Chief Justice John Roberts provided the pivotal vote, ruling that the administration had not provided proper legal justification to end the program.

‘They want us to refile if we want to win. So, I’m going to refile, and it’s going to work out for DACA,’ he told Fox News.

Trump said the ruling was not a loss for his administration.

‘If you read the opinion, we won. But we have to refile. And everything is going to work out for DACA, and the young people,’ he noted. He did not elaborate.

Asked when he expected to file another bid to dismantle the DACA program, Trump said, ‘Probably pretty soon.’

Trump on Friday wrote on Twitter that his administration would submit ‘enhanced papers shortly.’ 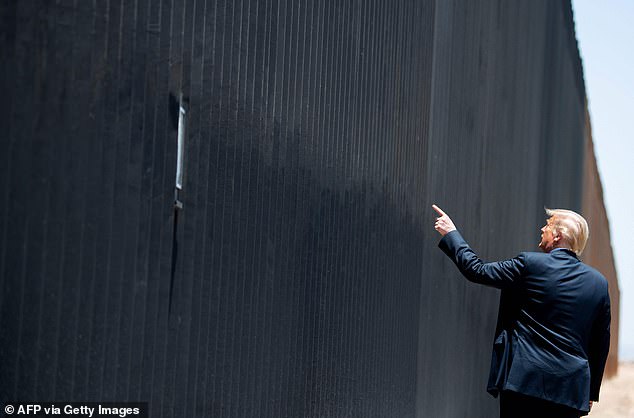 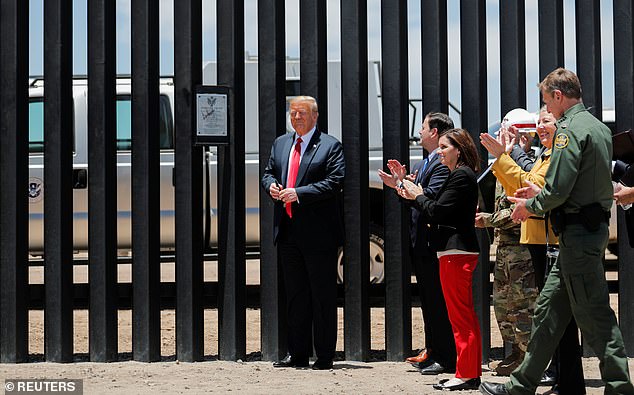 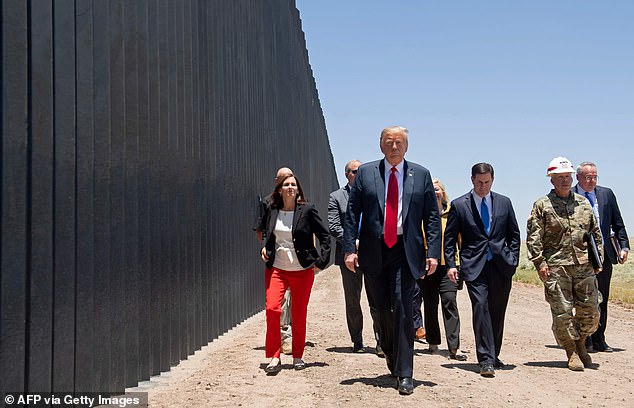 President Trump spent Tuesday in Arizona, a state that could be decisive in his November election with Democratic rival Joe Biden 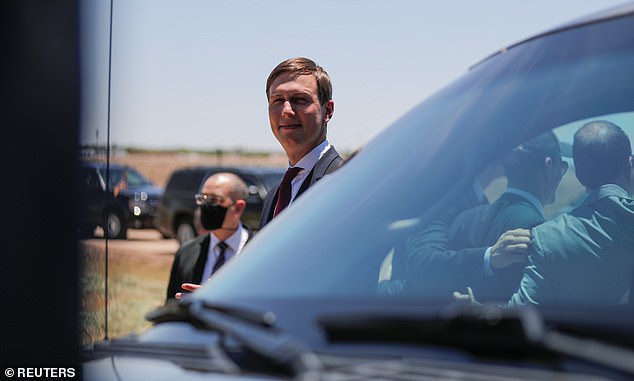 White House senior adviser Jared Kushner, who President Trump tasked with leading the charge on the wall, joined the president on the trip

The president was spending Tuesday to inspect his border wall and to attend a ‘Students for Trump’ event at the Dream City Church in north Phoenix where as many as 3,000 students were expected.

Arizona is looking to be a battleground state in November’s presidential election, where polls between Trump and presumptive Democratic nominee Joe Biden are tight.

Additionally, Republican Sen. Martha McSally, who traveled on Air Force One to Arizona with Trump and accompanied him on his stops, faces a tough re-election bid against Democrat Mark Kelly, the astronaut husband of former Rep. Gabby Giffords, who was shot at a congressional event in January 2011.