Donald Trump sleeps four hours a night – but is it wise?

White House physician US Navy Rear Admiral Ronny Jackson raised eyebrows in the medical community when he said: ‘[Trump] is just one of those people, I think, that just does not require a lot of sleep. He’s probably been that way his whole life.’

He added: ‘That’s why he’s been successful.’

The president is not the first to opt for such an extreme sleep cycle; some of the world’s most powerful leaders and executives have attributed their success to lack of sleep.

However, doctors unanimously agree that not getting enough shut-eye does more harm than good, and even the CDC warns that getting less than seven hours of sleep hinders cognition, causes irritability, bad judgment and long-term health issues and can even impair you worse than alcohol.

Donald Trump has boasted about only getting four hours of sleep per night and attributes it to his success, as do many world leaders and CEOs 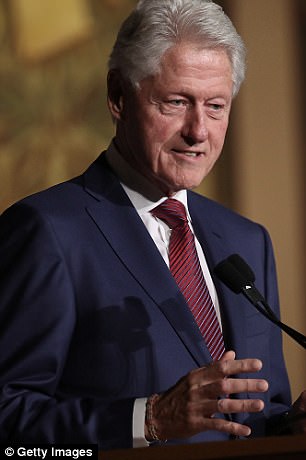 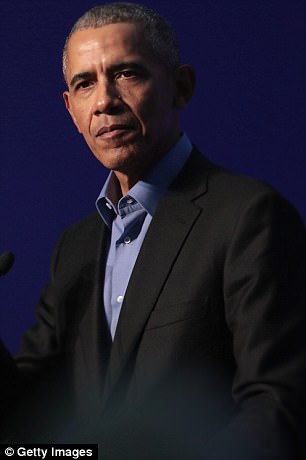 Both former presidents Clinton and Obama reportedly get less than five hours of sleep a night, which experts say can cause short and long-term health issues

Everyone should get at least seven to eight hours of sleep a night, according to the Centers for Disease Control and Prevention.

However Donald Trump has boasted about getting half of that in the past.

While the president may have used that extra time to build his empire, for most people four hours of sleep is dangerously insufficient triggering both short and long-term health problems.

Sleep re-energizes the body’s cells, clears waste from the brain and supports cognition and memory.

A study published earlier this month from Binghamton University in New York found that those who sleep less find it harder to overcome negative thoughts than those who get sufficient shut eye.

The psychologists discovered that those negative thoughts led to anxiety and depression.

Sleepless people are also four percent more likely to develop cancer than others, according to the CDC.

Dr Matthew Walker is a self-proclaimed ‘sleep diplomat’ and advocates for better rest.

When you don’t sleep enough ‘your brain goes into this hedonic overdrive and selects bad foods that are high in sugar and heavy-hitting, stodgy carbs,’ Dr Walker told Daily Mail Online in a recent interview.

This could be the explanation for Trump’s diet of burgers, fries and Diet Coke, which can lead to obesity and diabetes.

Sleep is ‘Mother Nature’s best method yet of contra-death,’ Dr Walker added. ‘Why would you ever take for granted [her] best health care plan?’

A study from Oxford University found that lack of sleep is the same as being drunk.

Research showed that after 17 hours without sleep, alertness is similar to the effects of a blood alcohol level of 0.05 percent, which in the US is considered ‘impaired’.

After 24 hours without sleeping, the body is in the same state it would be in with a blood alcohol level of 0.1 percent – well beyond the legal driving limit of 0.08 percent in the US.

Genetics may play a role in how much sleep a person needs, according to a 2017 study from the National Institutes of Health.

That could be what US Navy Rear Admiral Ronny Jackson was referring to when he said: ‘He’s [Trump] just one of those people, I think, that just does not require a lot of sleep.’

While the gene only affects about two percent of the population, this could be the case for Trump and other successful people who sleep less than five hours a night.

Fashion designer Tom Ford only sleeps three hours a night and keeps post-it notes by his bed in case he wakes up with an idea.

While international pop star Rihanna claims she can’t sleep more than four hours a night and binge watches TV instead.

They are among a third of Americans who don’t get enough sleep each night.

Thomas Edison was the first to start the sleep deprivation craze and considered sleeping a waste of time, only resting in nap cycles.

While it may have given them an edge, they are all at a greater risk of developing long-term health conditions.

However it doesn’t appear the president is going to change his habits anytime soon.

Trump wrote in his 2004 book Think Like a Billionaire: ‘Don’t sleep any more than you have to.’