President Donald Trump revealed he has a ‘special relationship’ with Scott Morrison, but claimed he also ‘likes’ Malcolm Turnbull despite their famously heated phone call.

In an interview with Sky News, Mr Trump was asked why he preferred Mr Morrison over Mr Turnball, but the President insisted he likes both the former and current Prime Minister ‘very much’.

‘But I’ve developed a very special relationship with Scott, he’s a great gentleman.  Scott’s a very strong man, a very good man, and I think he’s somebody that’s respected very much in your country.’

Pictured: Mr Trump in a heated conversation with Mr Turnbull in 2017 discussing the refugee swap deal that was made with the Obama administration

‘He had the kind of election that I had, so we have something in common. It was a little bit of a surprise and it was a very big victory.’

Mr Trump earlier dubbed Mr Morrison a ‘man of titanium’ when they met at the White House.

Mr Trump had nothing but nice things to say about Australia and it’s ‘great’ and ‘strong’ people.

He said he plans to visit the ‘beautiful’ country soon, before he attended yesterday’s US State Dinner which was being held in Mr Morrison’s honour. 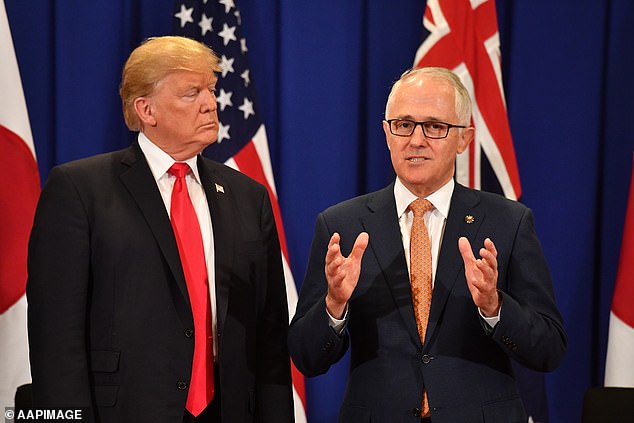 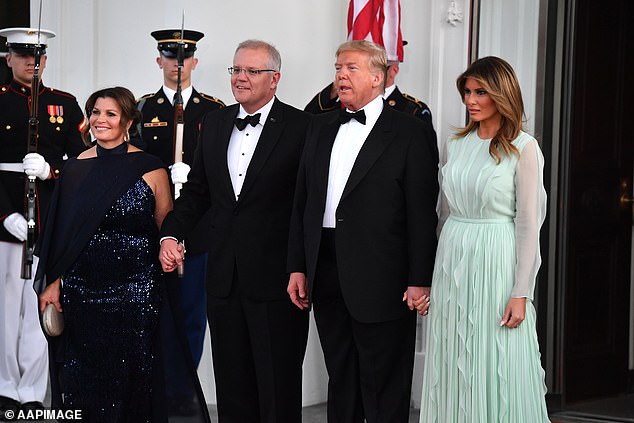 During the US State dinner held in Scott Morrison’s honour, Mr Morrison praised Mr Trump in his speech before toasting to ‘100 years of mateship and to 100 more’

During the night, Mr Morrison praised Mr Trump in his speech before toasting to ‘100 years of mateship and to 100 more’.

Meanwhile, Mr Turnbull and Mr Trump’s first phone call in 2017 ended with the US president hanging up on the then prime minister.

The discussion involved a refugee swap deal that was made with the Obama administration, which required the US to take in 1,250 asylum seekers from Australia.

At the time, Mr Trump described the deal as ‘horrible’ and ‘disgusting’ and one he would never have agreed on himself.

Mr Trump had labelled that particular conversation as the most ‘unpleasant’ call of the day.

‘Putin was a pleasant call. This is ridiculous,’ he had said. 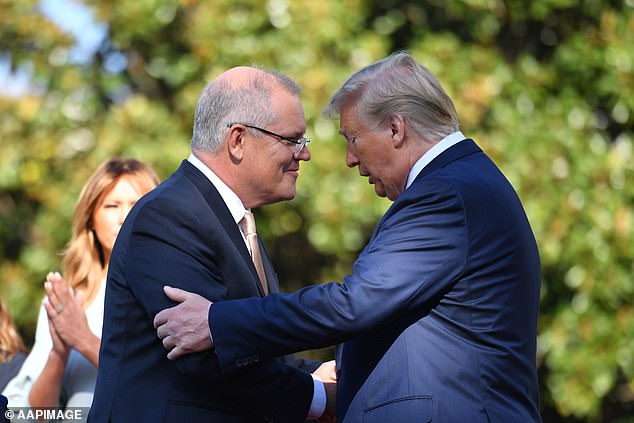 ‘Scott’s a very strong man, a very good man, and I think he’s somebody that’s respected very much in your country,’ Mr Trump said