Donald Trump to become first president EVER to speak at anti-abortion March for Life in Washington D.C. as he steps up courtship of religious voters – and while he is on trial

Donald Trump will become the first U.S. president in history to address the March for Rally when he goes to the National Mall on Friday to speak to the pro-life movement.

His speech comes as he courts religious voters ahead of the November election – a voting base he’ll need at the ballot box – and as he fights off impeachment charges against him in the Senate.

He’ll speak to the crowd a short distance away from the U.S. Capitol, where his lawyers are defending him against charges of abuse of power and obstruction of Congress.

Donald Trump will become the first U.S. president in history to address the March for Rally 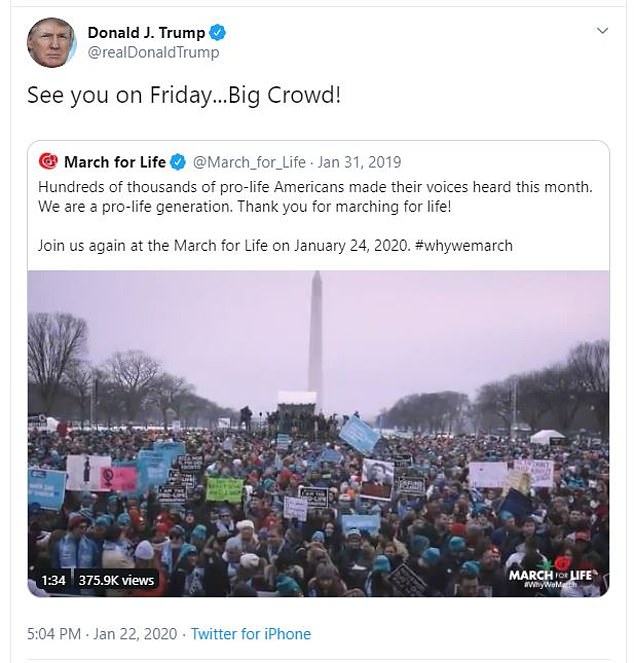 The president announced his speech via Twitter on his way back from the World Economic Forum in Davos, Switzerland.

‘See you on Friday,’ he said in a retweet of the group’s tweet on the upcoming march. ‘Big Crowd!,’ he added.

Vice President Mike Pence made an unannounced speech to the march last year while the president sent a video taped message.

This year he’ll be there in person.

March for Life President Jeanne Mancini praised Trump and his administration as ‘consistent champions for life.’

‘We are deeply honored to welcome President Trump to the 47th annual March for Life,’ she said in a statement. ‘He will be the first president in history to attend and we are so excited for him to experience in person how passionate our marchers are about life and protecting the unborn.’

The announcement of Trump’s participation was made on the 47th anniversary of Roe v. Wade – the landmark Supreme Court case that legalized abortion in the United States.

The March for Life began in 1974, the year after the Roe v. Wade decision. 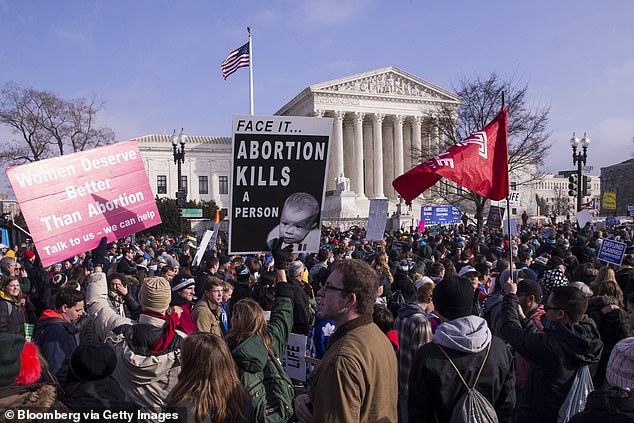 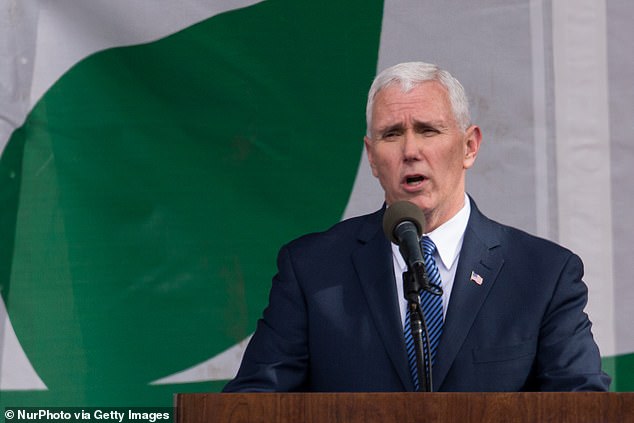 The pro-life movement was initially skeptical of Trump when he began his presidential bid but has come to embrace him.

He has courted them in returning, appointing conservative judges with records of restricting abortion rights, and meeting with religious leaders.

After last year’s march, Trump showed his support for a teenager from Covington Catholic High School in Kentucky who sued the Washington Post for defamation after a report that Nick Sandmann – who was wearing red ‘Make America Great Again’ hat – harassed and pushed a Native American activist he encountered during the march.

‘Go get them Nick. Fake News!,’ Trump tweeted in support.