President Donald Trump will unveil his plan to reopen the country in a phone call with governors Thursday afternoon even as some of the nation’s top CEOs told him there needs to be more coronavirus testing before the economy can get going again.

Despite warnings from CEOs and health care professionals alike, President Trump has shown his impatience with the shut down and has become focused on a May day reopening.

‘We want to get our country open again,’ Trump said Wednesday. 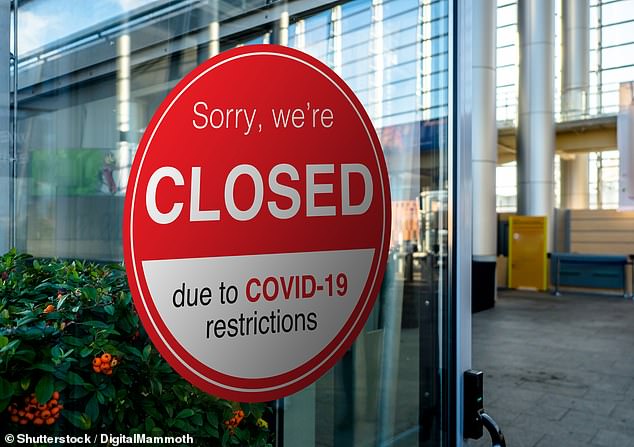 And Trump said some states will be able to reopen ahead of May 1, which marks the end of his administration’s ’30 Days to Slow the Spread’ plan.

‘We’ll be opening up states — some states much sooner than others. And we think some of the states can actually open up before the deadline of May 1st,’ Trump said in the White House Rose Garden.

His plan will be revealed as new figures from the Labor Department showed more than 5.2 million Americans filed for unemployment last week, bringing the total to 22 million.

CEOs, however, were more hesitant in a series of calls the business leaders had with the president on Wednesday, telling Trump more coronavirus testing was needed before the economy could reopen.

The calls were part of Trump’s Great American Economic Revival Industry Groups – a coalition put together by the White House as an advisory team on how the economy can recover from the devastation caused by the coronavirus.

And one corporate executive said the president was focused on the wrong thing.

‘He’s got to stop talking about turning the economy back on and start talking about making people feel safe, things that are happening around testing and the health care system. That’s the only way you will really get the economy reopened over a period of time,’ the CEO told Politico.

But the president’s focus remains on reopening.

‘Trump made it very clear he was ready to go on May 1,’ a person who was on one of the calls told The Washington Post.

Trump has staked his re-election on a strong U.S. economy and has repeatedly complained the coronavirus interrupted ‘the greatest economy’ ever.

‘It’s been a horrible time to see such death and destruction, especially when you come out of what was the greatest economy in the history of the world. The greatest. There’s never been an economy like what we had produced, but we’ll produce it again. And I think we’ll produce it again very fast,’ he said Wednesday in the Rose Garden.

The president originally wanted to reopen the country by Easter Sunday, a date he was moved back from by health care officials.

He has now focused on May 1 and appears committed to that date, although he has tempered it by saying different areas of the country will open at different times.

Some states have already extended stay-at-home orders beyond May 1. In Virginia, Governor Ralph Northam announced Wednesday he was extending his executive order that puts restrictions on businesses for two more weeks – until May 8.

Trump will kick off his effort to reopen America on Thursday with a 3 p.m. call with the nation’s governors.

The new guidelines will advise states on how to best assess whether they are ready to move away from social distancing, CNN reported.

There will also be options on how to reopen workplaces, including temperature checks on employees, increased coronavirus testing, and wearing masks.

There will also be recommendations for schools, childcare centers and summer camps given that it could be difficult for many parents to return to the workplace without adequate childcare. 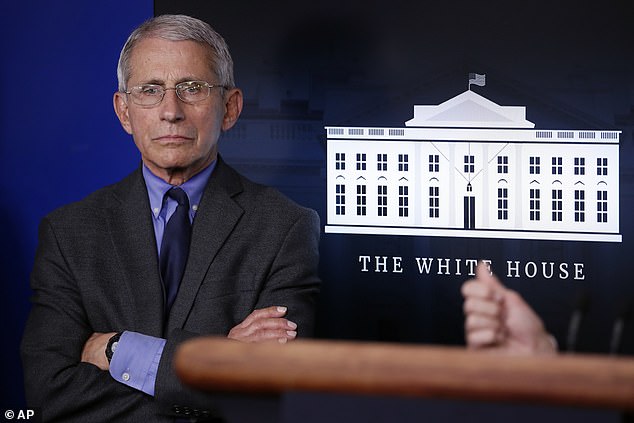 Dr. Anthony Fauci said in an interview with The Associated Press Tuesday that President Trump’s May 1 date was ‘a bit overly optimistic’ and said the country is ‘not there yet’

But while Trump is ready to get the country open, one of his top medical advisers is not.

Dr. Anthony Fauci told the Associated Press on Tuesday that U.S. does not yet have the testing and tracing procedures needed to begin reopening the nation’s economy.

‘We have to have something in place that is efficient and that we can rely on, and we’re not there yet,’ he said.

He also called the May 1 target is ‘a bit overly optimistic’ for many areas of the country.

Fauci has been missing from the president’s past two public press briefings.

On Wednesday, Dr. Deborah Birx, one of the key medical experts on the coronavirus taskforce, pointed out that nine states have had less than 1,000 cases. Those states, too, are seeing less than 30 new cases a day.

‘These are the ones the president is referring to that have been silent, relatively silent throughout this epidemic and pandemic,’ she said. ‘So these are the groups we’re working with, very specifically,’ she said.