President Donald Trump once again touted the anti-malarial drug hydroxychlorquine at the White House Tuesday, where people who recovered from the coronavirus said it had helped them.

Trump has repeatedly talked up the drug’s potential benefits, while downplaying potential side effects, such as causing irregular heartbeats in some patients.

Trump met with former coronavirus patients, including from some of hardest-hit hot spots, including Michigan state Rep. Karen Whitsett, who credits the drug regimin with her recovery.

‘Thank you for everything that you have done. I did not know that saying, ‘Thank you,’ had a political line,’ Whitsett told him while the cameras rolled.

‘I thought just saying, ‘Thank you,’ meant, ‘Thank you,’ and I do. I sincerely appreciate that because had you not brought this to the forefront of the HQ … I wouldn’t even be here to have this conversation with you,’ she said, Yahoo News reported.

Whitsett told him: ‘I was afraid for my life.’

‘You know, what do you have to lose?’ President Donald Trump said Tuesday, once again doubting an anti-malarial drug for the coronavirus

Trump has been talking up the drug for weeks, and says millions of doses have been procured for the national stockpile, as hospitals around the country continue to clamor for medical equipment.

‘You not going to die from this pill. There could be some side effects but the side effects is more so from the Z pack,’ he said last week, talking up a combination therapy with antibiotic Azithromycin. 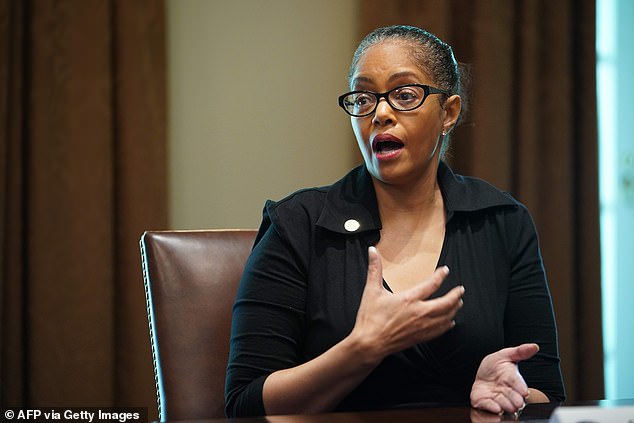 Rep. Karen Whitsett(D-MI) speaks as US President Donald Trump, Vice President Mike Pence, and members of the Coronavirus Task Force listen during a meeting with patients who have recovered from the novel coronavirus, COVID-19 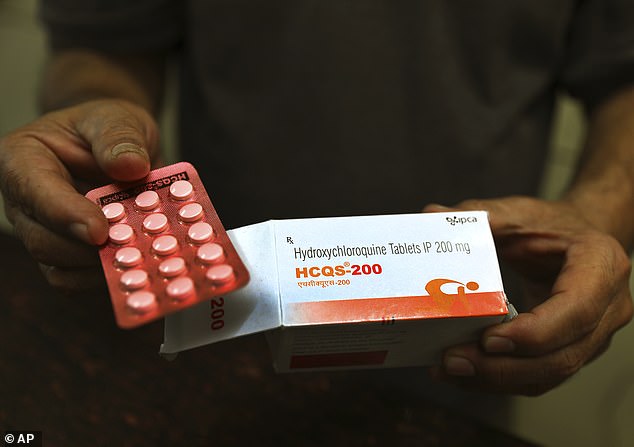 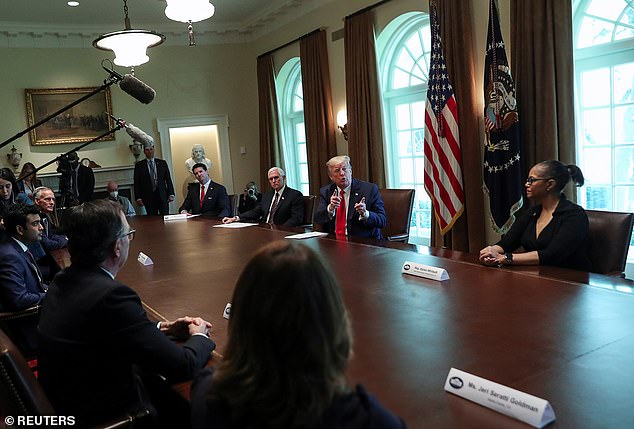 Trump on Tuesday followed up Whitsett’s comment with a joke that the lawmaker surely wouldn’t work for ‘sleepy Joe Biden,’ an insult he also used at a Monday press briefing on the coronavirus, which has now taken the lives of more than 25,000 and more than 600,000 infected.

Trump vented that if anyone besides himself were touting the drug, it would be popular. His own repeat endorsements of the specific medicine have been controversial, in part because Trump has repeatedly touted it before results are in.

‘We have tremendous endorsements, but if it was somebody else other than President Trump that put it forward, if some other person put it forward that said, ‘Oh, let’s go with it,” Trump said.

‘You know, what do you have to lose?’ he added.

‘They’ve been taking it for 40 years for malaria, which by the way, it’s an unbelievable malaria pill. Unbelievable lupus pill.’

The president was lobbied to use hydroxychloroquine to treat the coronavirus during an Oval Office visit from Fox News host Laura Ingraham and two doctors who are frequent guests on her show.  Trump saw Whitsett’s appearance. Ingraham is one of several Fox News hosts how have touted the drug.