‘A small number of social media platforms are acquiring immense power over what we can see and over what we are allowed to say,’ Trump told foreign leaders.

He said he is aggressively cracking down on the biggest platforms that play political favorites online, and encouraging other nations to follow suit.

‘A free society cannot allow social media giants to silence the voices of the people,’ he said, ‘and a free people must never, ever be enlisted in the cause of silencing, coercing, canceling or blacklisting their own neighbors.’ 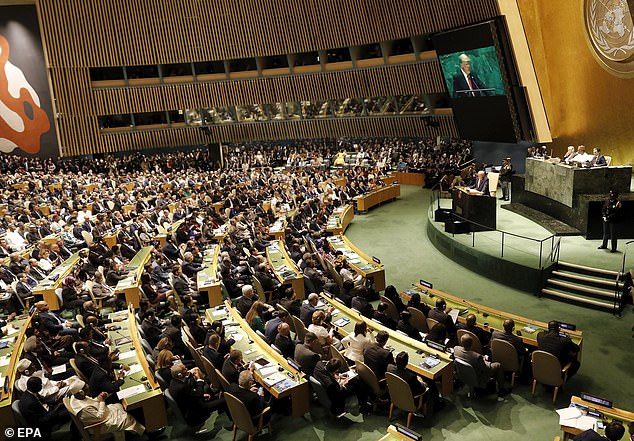 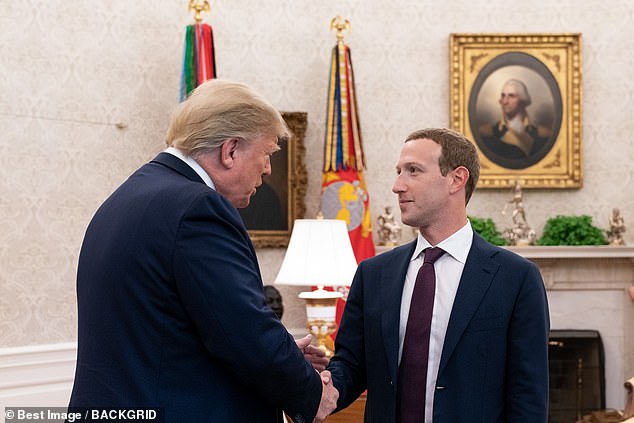 Trump met last week with Facebook founder and CEO Mark Zuckerberg (right) in the Oval Office. A White House official said the topic of ‘bias came up’ during their meeting

‘My administration has made clear to social media companies that we will uphold the right of free speech,’ he declared.

He met last week with Facebook CEO Mark Zuckerberg. A White House official said the topic of ‘bias came up.’ Trump has also sat down for a talk with Twitter CEO Jack Dorsey.

The president on Tuesday raised social media in the context of condemning oppressive nations that control what their population can read, see and hear, and whose technological advances have the potential to limit freedom of speech.

‘A permanent political class is openly disdainful, dismissive and defiant of the will of the people,’ he continued. ‘A faceless bureaucracy operates in secret and weakens democratic rule. Media and academic institutions push flat-out assaults on our histories, traditions and values.’

‘Freedom and democracy must be constantly guarded and protected abroad, and from within,’ he said.

‘We must always be skeptical about those who want conformity and control. Even in free nations we see alarming signs and new challenges to liberty.’