US Treasury Secretary Steven Mnuchin has said Britain and Italy will face tariffs if they proceed with a tax on digital companies like Google and Facebook.

Mnuchin’s warning comes after France backed out and pledged with the United States to avoid a trade war until at least the end of the year.

Prime Minister Boris Johnson in December had vowed to make major multinational companies pay their fair share of tax, including the implementation of a Digital Services Tax. 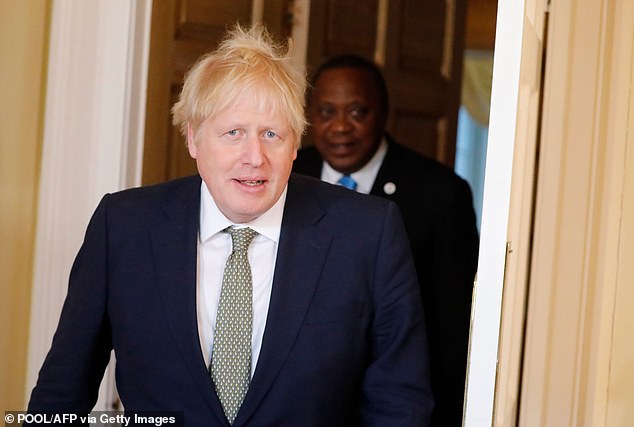 Prime Minister Boris Johnson (pictured) in December had vowed to make major multinational companies pay their fair share of tax, including the implementation of a Digital Services Tax

Italy approved a similar tax in the 2019 budget but it has not activated it yet.

Mnuchin said he hoped Britain and Italy would suspend their plans to impose the taxes, according to the report.

‘If not they’ll find themselves faced with President Trump’s tariffs. We’ll be having similar conversations with them.’

US President Donald Trump laid on the charm yesterday as he set out his desire for a ‘tremendous’ post-Brexit trade deal with Britain.

In a wide-ranging speech at the World Economic Forum in Davos, the US president hailed ‘wonderful new Prime Minister’ Boris Johnson ahead of trade talks which are due to start officially within weeks.

He told an audience at the exclusive enclave of global powerbrokers in Switzerland: ‘We look forward to negotiating a tremendous new deal with the United Kingdom, who have a wonderful new Prime Minister, who very much wants to make a deal.’

It came as it was revealed Mr Johnson will publish his plans to negotiate post-Brexit EU and US trade deals on the same day in a bid to put pressure on Brussels and stop the bloc dragging its feet.

The PM is expected to set out his objectives for the two sets of talks in the weeks immediately after the UK leaves the EU on January 31. 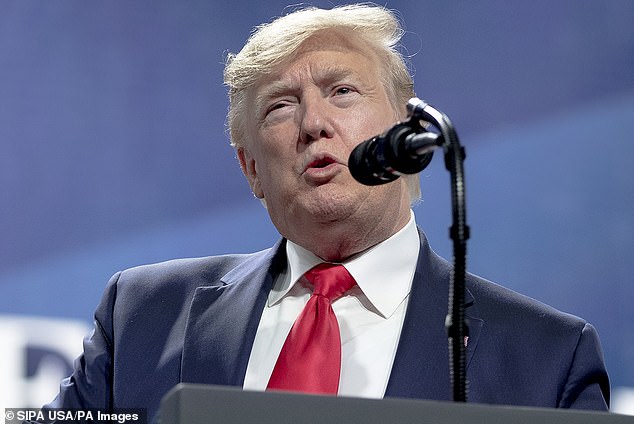 He told an audience at the exclusive enclave of global powerbrokers in Switzerland: ‘We look forward to negotiating a tremendous new deal with the United Kingdom, who have a wonderful new Prime Minister, who very much wants to make a deal’

He will do so in documents which will accompany a major speech designed by Mr Johnson to unite the nation.

And in a sign of the extent to which Downing Street wants the UK to move on from Britain’s divorce from Brussels, the PM will reportedly not mention the word ‘Brexit’ during the address.

Tory Brexiteers believe the prospect of dual trade talks with the US will incentivise the EU and stop the bloc from moving slowly.

The news of the PM’s speech in February and plans to publish competing EU and US trade documents on the same day came after Brussels risked infuriating the UK over its approach to talks on the future relationship. 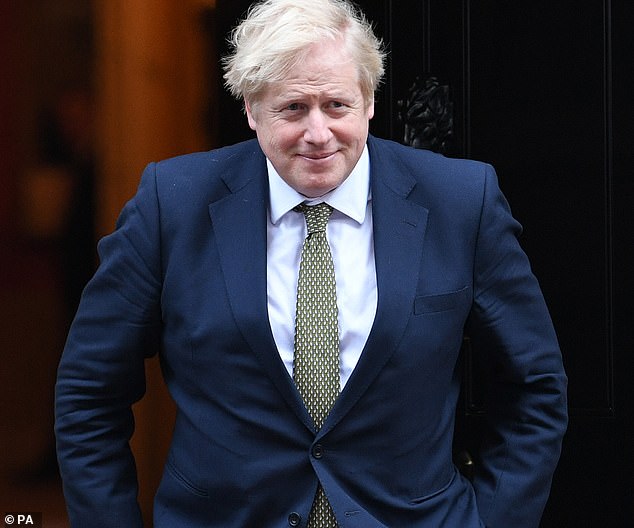 Boris Johnson, pictured in Downing Street yesterday morning, is expected to use a speech in February to set out the UK’s priorities for trade talks with the EU and the US 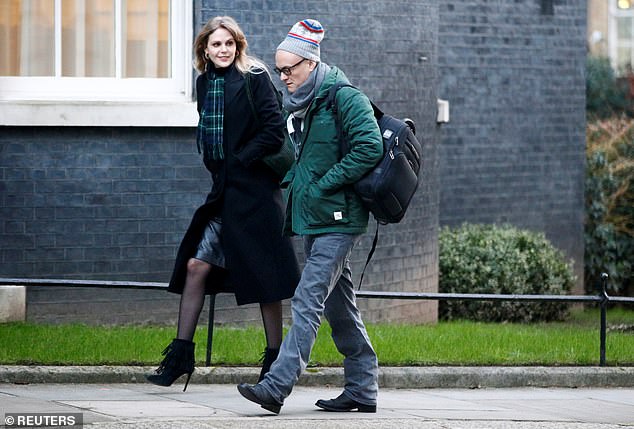 The EU has said it may make the UK wait until March to start post-Brexit trade talks in comments which could spark the ire of the PM’s top adviser Dominic Cummings, pictured arriving in Downing Street yesterday morning

The European Commission said yesterday that the bloc must first agree to a negotiating mandate and that can only happen after Britain leaves on January 31.

That means the bloc could make the UK wait until March to formally begin negotiations.

European Commission spokesman Eric Mamer was asked when negotiations are likely to begin and he replied: ‘The commission can adopt its proposal for the negotiation directives only once the UK has actually withdrawn from the EU.

‘But then there is still an institutional process for these to be adopted by the (European) Council.

‘This we know will take some time, which is why we have said we will start negotiations as quickly as we can, but it will certainly not be before the end of February, beginning of March.

‘This is not a slowing down or speeding up of the process. This is simply the nature of the institutional process and the consultations that need to take place before the negotiation directives can be formally adopted.’ 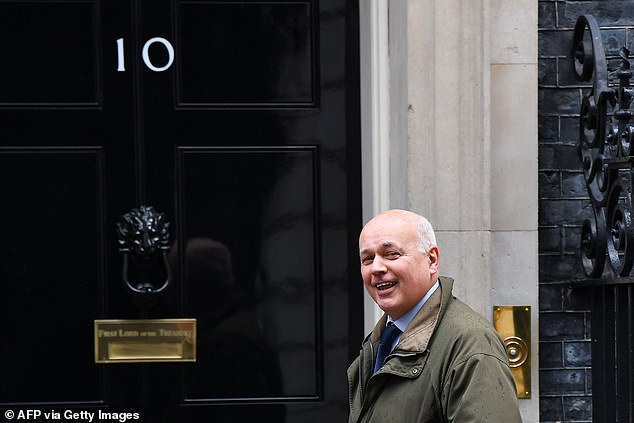 The UK will leave the EU at 11pm on January 31, entering into a standstill transition period until the end of the year.

Mr Johnson is adamant that a future trade deal must be agreed by the end of 2020 and has ruled out any extension to the transition period.

The EU does not believe everything can be agreed within the current timeline, raising the prospect of the two sides splitting in December without a full deal in place.

Sir Ian Duncan Smith, the former Tory leader, savaged the EU for its approach to the talks, telling The Sun: ‘They’re deliberately dragging their feet, throwing their weight around. It’s utterly pathetic.’