Mnuchin told CNBC the payroll tax cut ‘won’t be in the base bill’ – confirming the fate of a proposal that had already gotten pushback from Republican lawmakers and has not made it into previous versions of coronavirus relief.

Instead, negotiators are seeking to target provisions as unemployed workers, who would get unemployment benefits worth up to 70 per cent of lost wages under the latest provision being negotiated.

His comments came on a day when the government announced an additional 1.4 million Americans had filed for unemployment.

Treasury Sec. Steven Mnuchin said the payroll tax cut ‘won’t be in the base bill’ Republicans are unveiling to deal with the coronavirus

‘We think the payroll tax cut is a very good pro-growth policy,’ Mr. Mnuchin said on CNBC. ‘The president’s focus is he wants to get money into people’s pockets now.,’ he said.

Trump has continued to tout the proposal in interviews, even as fellow Republicans were wary of taking from the share of wages that both employees through and employers pay into the Social Security system through payroll taxes.

‘We want to make sure that the people who are out there that can’t find jobs do get a reasonable wage replacement,’ Mnuchin added. 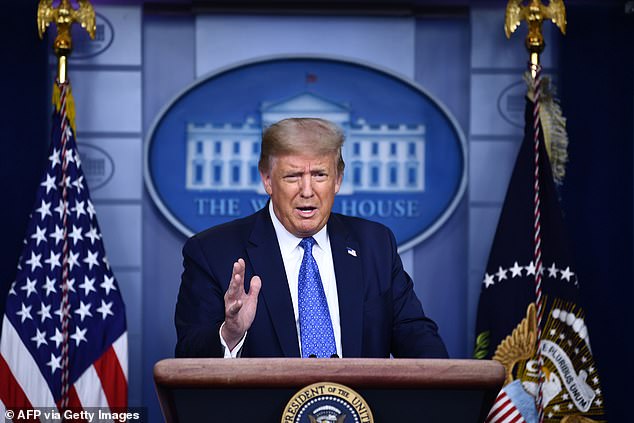 ‘I’ll have to see, but yeah, I would consider not signing it if we don’t have a payroll tax cut,’ Trump told Fox interviewer Chris Wallace on Sunday 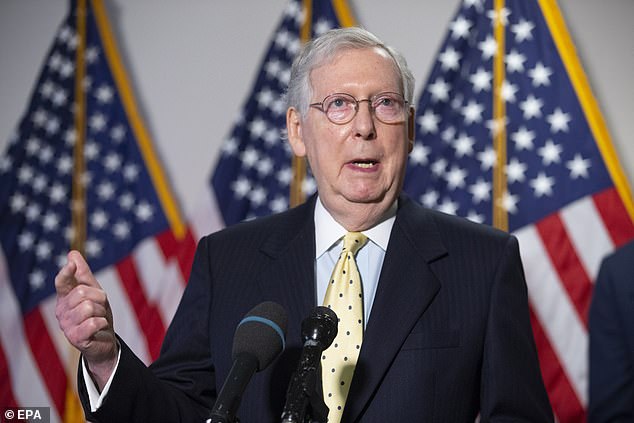 But he kept the proposal alive for a future round of relief he indicated was possible.

‘But we’re going to come back again. There may be a CARES 5.0,’ Mnuchin said.

President Trump even went as far as to say he might not sign the bill without the proposal. But after just a few days of talks on a day Senate Republicans may reveal their legislation, ‘It won’t be in the base bill,’ Mnuchin said.

‘I’ll have to see, but yeah, I would consider not signing it if we don’t have a payroll tax cut,’ Trump told Fox interviewer Chris Wallace on Sunday, leaving himself plenty of wiggle room on the threat a few days ago.

The retreat comes as Trump has pivoted in other areas, bringing back his coronavirus briefings after a months-long hiatus, urging people to wear masks while carrying one himself, and acknowledging things will ‘get worse’ before they get better in the fight against the coronavirus.

He trails Democrat Joe Biden in national opinion polls, and has repeatedly hammered his rival in public comments.

Trump retweeted a string of posts critical of Biden Thursday, including one from former Speaker Newt Gingrich who claimed Biden would ‘attack’ religious morals.

Democrats had opposed the payroll tax cut idea. Senate Finance Committee Chairman Charles Grassley, a Republican from Iowa, warned it could pose ‘a public relations problem,’ opening the party to criticism it was drawing from the Social Security and Medicare Trust funds months before an election.