You saved my ass! Donkey abandoned on an uninhabited island is rescued after it is spotted off of Croatia

A donkey abandoned on an uninhabited island was rescued after being spotted off the coast of Croatia.

The female donkey was seen on the small island of Ravan near Kaprije in the Sibenik archipelago in Croatia, alone without food or water.

When she was brought back to shore on a boat and the thirsty animal reportedly guzzled 10 litres of water.

The man who spotted the donkey, who has not been named, went to help the animal when he saw it.

The female donkey was seen on the island of Ravan off the coast of Croatia, alone and without food or water 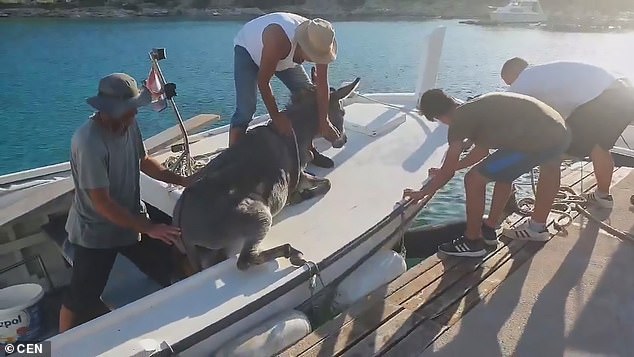 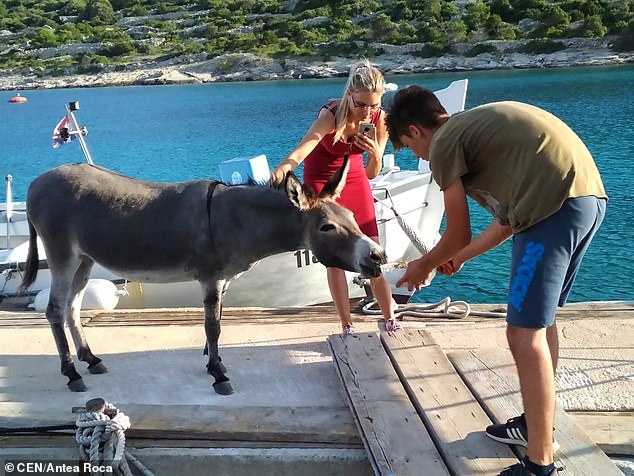 He told reporters: ‘When we landed on the shore, she approached us and we gave her something to drink.

‘She drank over 10 litres of water and due to that, we concluded that nobody had visited her for a long time.

‘The island of Ravan is a very small and uninhabited island, without any water and very little vegetation.’

Bernard Roca Kunjka, a tavern owner on the island of Kaprije decided to give shelter to the donkey.

He organised transportation and headed to the island of Ravan with a boat. 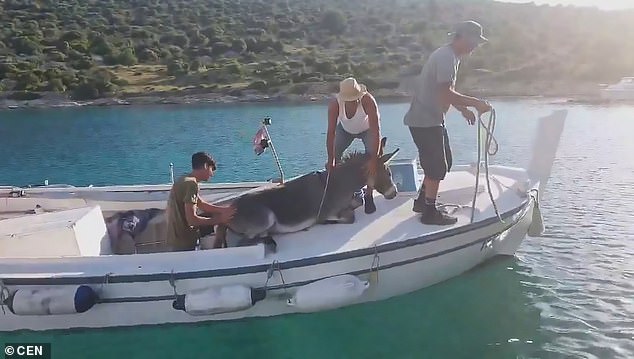 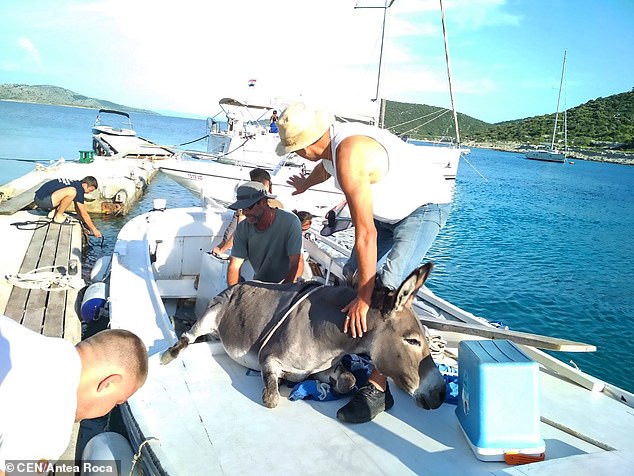 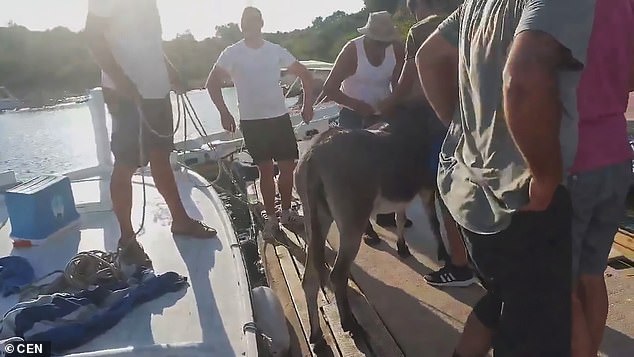 Safe at last: Rescuers led the donkey to dry land and gave her water, hay and carrots

Kunjka said: ‘When we came for her, she was terrified. She drank and ate everything we gave her – water, hay, carrots.’

He gave her the name Mija, because his friend Mijo helped with the rescue effort.

The tavern owner added: ‘She will spend the entire summer with us, we will take care of her as long as we are on Kaprije, and then in the autumn the association ‘Tribunjski tovar’ will take over her.’

The video shows the rescued donkey in the boat before she is led onto dry land.

It is not clear whether an investigation has been opened.